Day 47- So Long And Thanks For The Memories 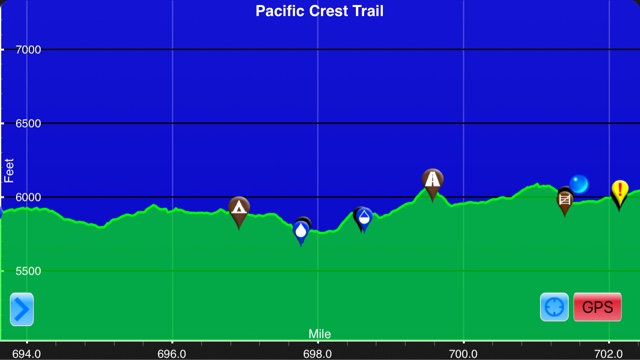 I am beyond excited to officially be done with the desert! I am entering the land of abundant water and epic scenery. When my alarm went off this morning I practically jumped out of bed. It was a very chilly morning and the general store doesn't open until nine o'clock so we decided to take our time packing up. I made coffee for the first time. Usually I don't have the water to spare or I don't want to waste the precious early morning hours. It was quite the treat. I was the first one out of camp and I was planning on taking my time so I could savor the last few desert miles and enjoy the start of the Sierra. I did savor the moment, but I didn't exactly take my time. The terrain was nice and creamy so I flew through the first five miles. I witnessed a rapid change from drab desert tan to lush green meadow. It was amazing. 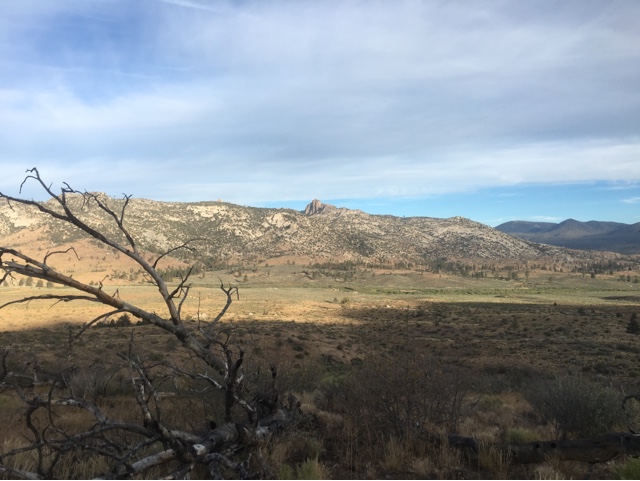 Desert on the left, lush valley on the right
Shortly after this picture was taken I crossed the 700 mile marker. I waited for Evac, Zuul, and The Wolf to catch up so we could celebrate together. 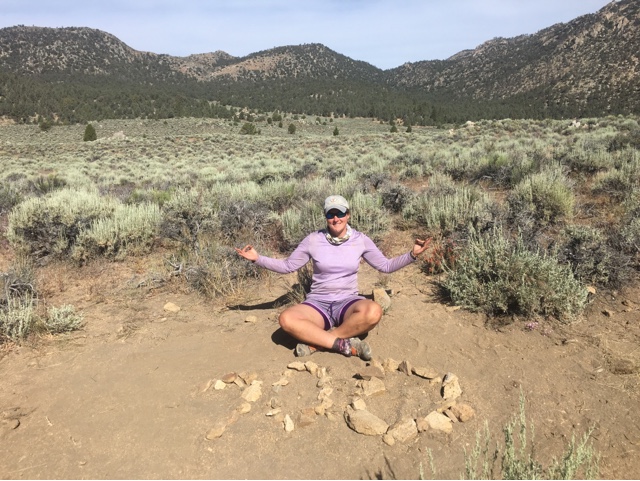 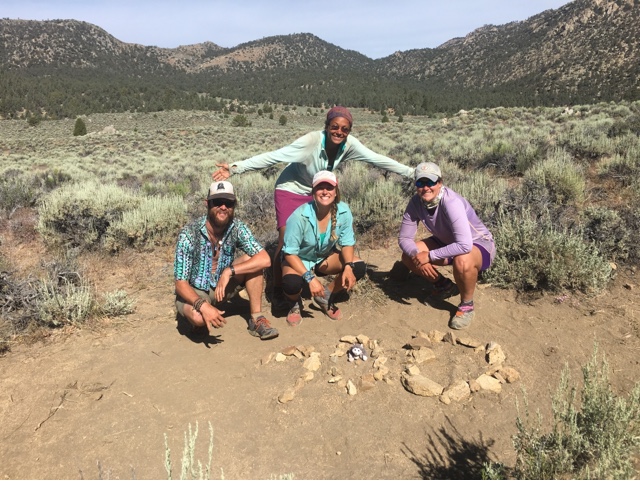 The back drop looks fake
We were definitely pumped to cross the 700 mile mark, but the goal for the day was Kennedy Meadows. We practically sprinted the last two miles to make it there. Everyone is so pumped to finally make it into the high elevation mountains. We will be hiking mainly at or above 10,000 feet. This will offer many new difficulties and a new chapter of adventure. Before we made it into Kennedy Meadows, which is just a general store/campground store, we came across a sign for KM. We couldn't help but to stop and take a bunch of funny pictures. 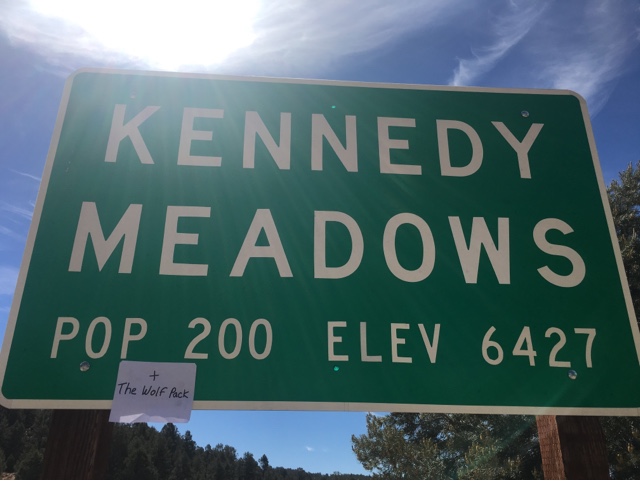 Small addition to the population numbers
The actual population is only 65 people, but in order to have access to the grid and other such services you must have 200 residents. The town lied on their census reports in order to be hooked up to the grid. 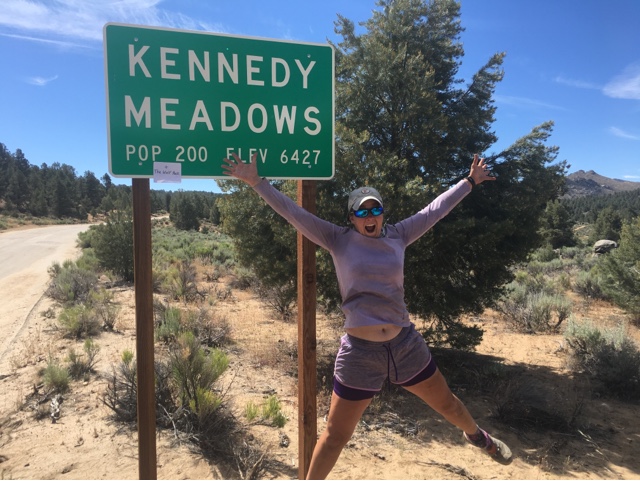 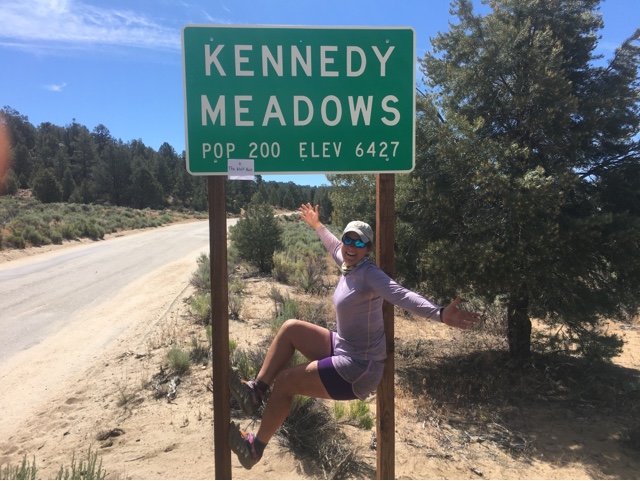 Yea, we were excited to make it so far
Tradition dictates that whenever hikers walk into the general store all of the other hikers cheer and clap to welcome them. Evac, The Wolf, Zuul and I decided to make a grand entrance. As we walked in and everyone began to clap and cheer we turned around and mooned everyone. The crowd went wild!!! I can honestly say we had the best entrance of the day, if not the season. We received a warm welcome from all of our friends. There was a true reception line waiting to receive us. Hugs and fist bumps were handed out liberally. All of our bubble was there with the rest of the Wolf Pack. This moment lived up to expectations and actually exceeded my expectations. In all of the miles I've hiked I've never experienced anything like it. 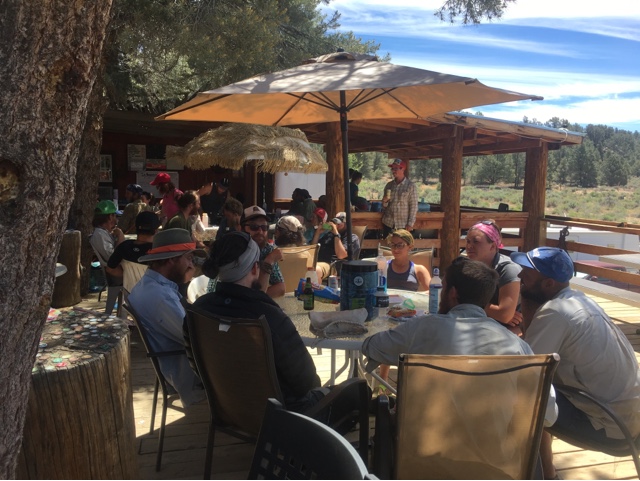 Reception committee at Kennedy Meadows
After saying hello to all of our friends we went about setting up camp. After camp chores were taken care of we got in line to get out laundry done. Usually it takes forever to get your laundry done because there is only one washing machine, but Outro got here and signed up early. We all grabbed some beer and found a spot in the shade to hang out. Everyone had a lot of packages being sent here. I had my resupply box, ice axe, microspikes, and bear vault here. It was like hiker Christmas. There was also a long line to pick up packages. It took me over four hours to get mine. When it was finally my turn I was initially really excited. Once I saw how heavy seven days of food inside a 2.9 lb bear vault is I was a little less excited. I also received a new pair of socks that will fit my Luna sandals, a new GoPro charging cable, and my new and improved MSR groundhog tent stakes. I am excited about all of my new gear. 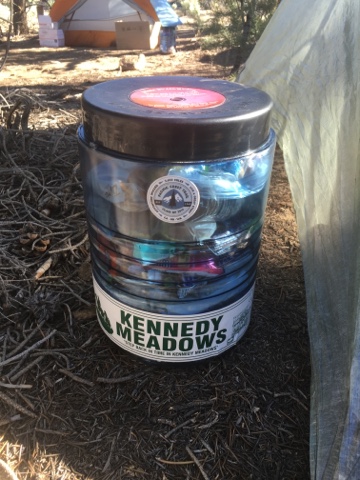 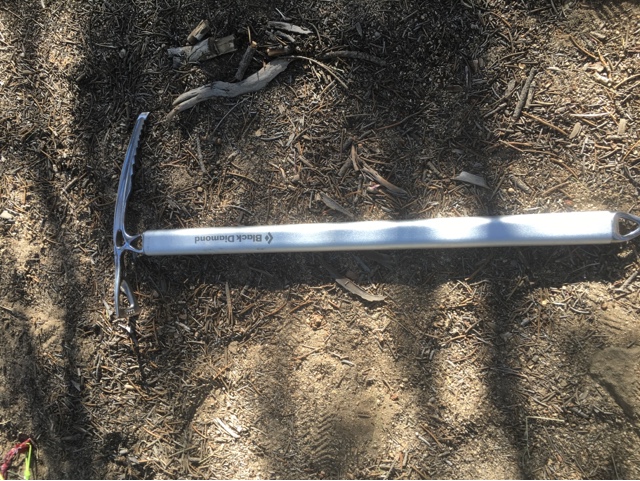 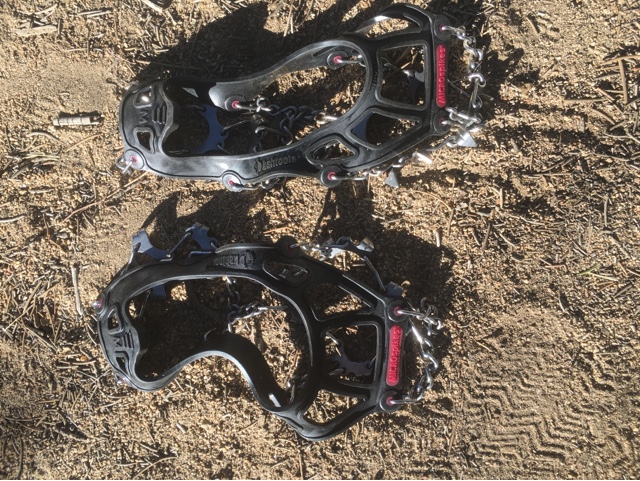 Microspikes
I was pretty overwhelmed by everything. I just got used to the idea of my pack weight being more manageable because I don't have to carry a ton of water anymore. Now I just added over four pounds of new gear. There are always challenges out here. The Wolf Pack with the exception of U-Turn and I went down to the river to go swimming. We stayed behind to pack our bear vaults and to plan the next few days. We had half of a pizza, salad, and dessert for dinner. It was a nice relaxing afternoon.
Eventually everyone congregated down by our tents. We decided to have a family meeting. We talked about our expectations of traveling with a group through the Sierra. It was a nice safety meeting and now everyone is on the same page. 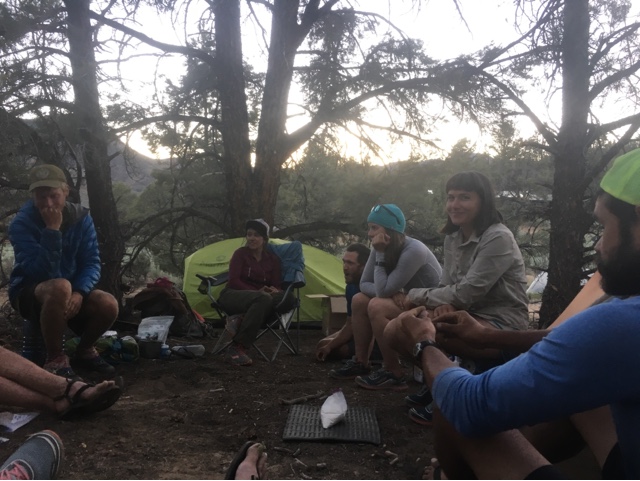 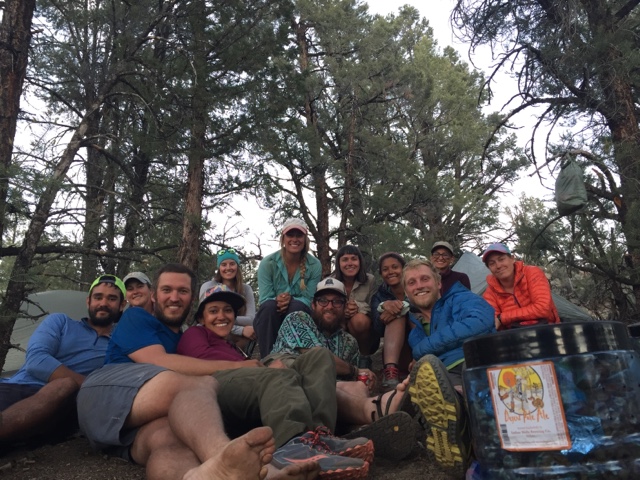 Group picture
Front row L-R: Homegrown, Sprinkles, The Wolf, Suds, Outro
Back row L-R: U-Turn, Yoda, Home Strech, Evac, Raging Pineapple, Zuul, Fallen
We have been joking around for awhile about having a massage train to work out our sore muscles. After a great family meeting we finally pulled the trigger on that. It was a nice bonding moment, but I'm sure the rest of Kennedy Meadows thought we were on drugs. 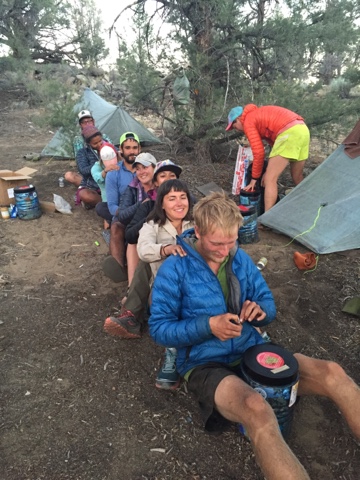