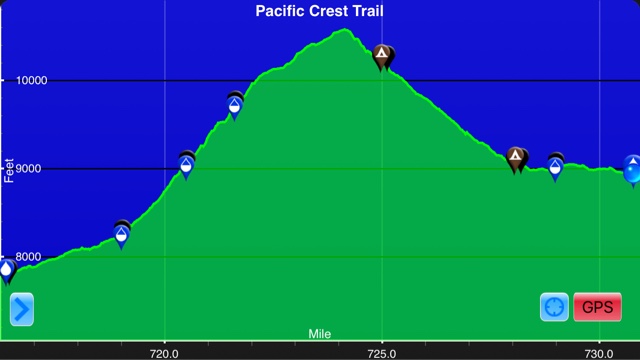 We are getting pretty good about taking our time in the mornings. I used to always be on trail by six o'clock, lately it has been closer to seven thirty. Granted it was really cold when I woke up. My bear vault even had frost on it and my sleeping bag was slightly wet from the condensation. We had our first mountain pass to climb over today. I decided that starting my day with coffee was an appropriate reaction. I really enjoyed it. We had a great view from our campsite and it was nice to just sit with my coffee and gaze at the mountains. 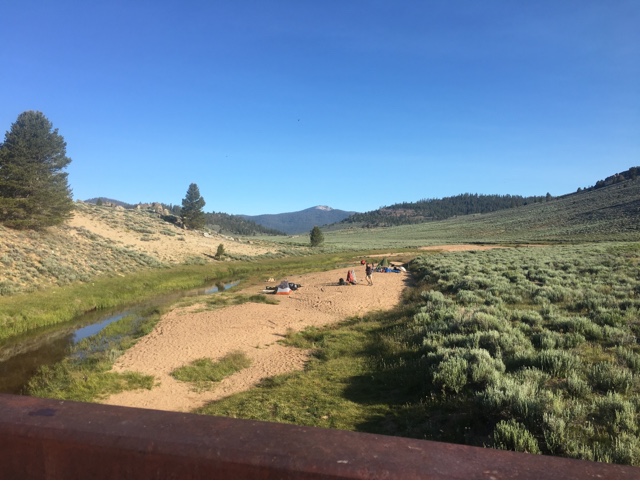 Morning view
Our climb up to the pass started immediately after we left camp. The good news was that water was very plentiful for most of the day. For the first time I only carried one liter out of camp. Due to the snow melt all of the seasonal streams are flowing. It was a magical thing to be surrounded by water all morning. The first part of the uphill was the steepest, but it was fun. I went from the meadow into a piney forest with huge trees. 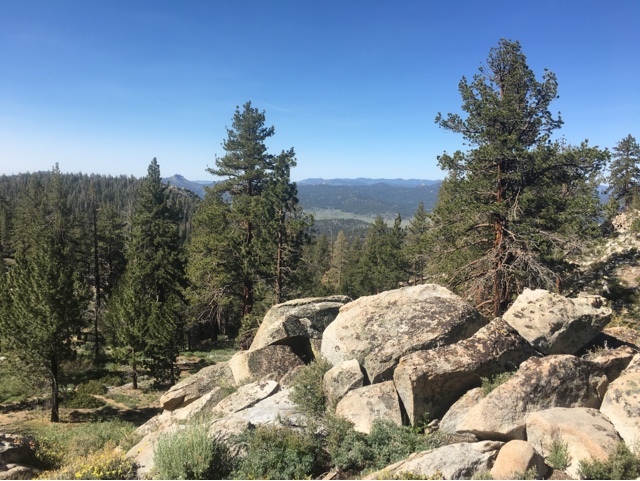 Out of the meadow and into the trees
As I climbed above 9,000 feet I began to notice the effects of the higher elevation. At around 9,700 feet my leg muscles were showing signs of fatigue. At 10,000 feet my lungs noticed the lack of oxygen. All things considered it wasn't as bad as I had expected. We topped out around 10,500 feet. That is the highest I've been on the pct. San Jacinto was a little higher elevation, but that wasn't officially on the pct, it was a side trip. A little before I got to the top of the pass I had a great view of the meadow where I camped last night. It was cool to be able to look at how far I'd come.

Monache Meadow
The top of the pass was blanketed with trees, but as I approached there was a small clearing with a view. I could see a bunch of snow capped mountains. I was super stoked to see them. It was exactly how I imagined the Sierra Nevada to look. 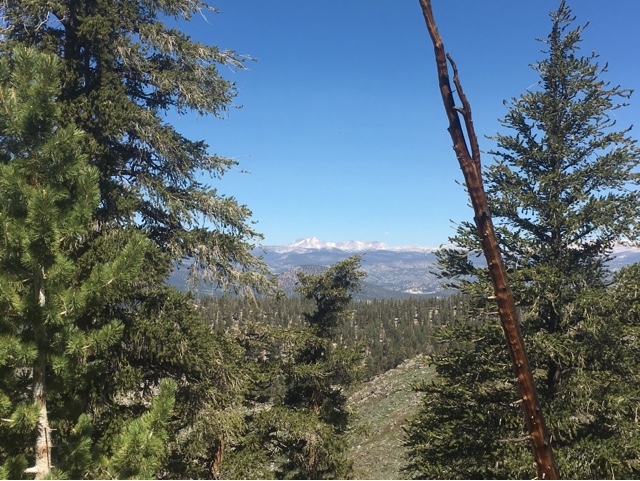 Mt. Whitney?!?
We found a nice spot at the top to take a lunch break. Outro, The Wolf and I did a small rock scramble to get above the trees and take in the view. Unfortunately, I left my phone in my pack so I don't have any pictures. Eventually the rest of the Wolf Pack caught up to us and we did what we do best, take long breaks. I decided that I didn't want to get into camp really late again so I packed up and headed out before everyone else. It was only 6.7 miles to our camp spot and I made it there pretty quickly. I only stopped once and that was to filter water. The mosquitos were terrible so I didn't linger for very long.
We all made it into camp relatively early and enjoyed a quiet meal at a leisurely pace. Everyone still went to bed hungry though. Usually everyone tries to give food away because we have too much. Since we are carrying food for a long stretch everyone is carrying a little less than they would like.
Tomorrow we are pushing for a higher mileage day. We took it slow for the first few days because of the weight of our packs. Also we had to leave, Zuul, behind at Kennedy Meadows. She was waiting for her resupply package and didn't hike out until late in the day yesterday. We wanted to give her a chance to catch up to us. I guess we did a good job because she caught up to us at the top of the pass this afternoon. The plan for tomorrow is to do a twenty mile day and camp next to an alpine lake. We will also go above 11,500 feet. For the next four weeks most of our hiking will be between 9,000 to 13,000 feet. I hope I have enough warm clothes!
"I find that the harder I work, the more luck I seem to have" -Thomas Jefferson
Posted by Yoda at 8:08 AM