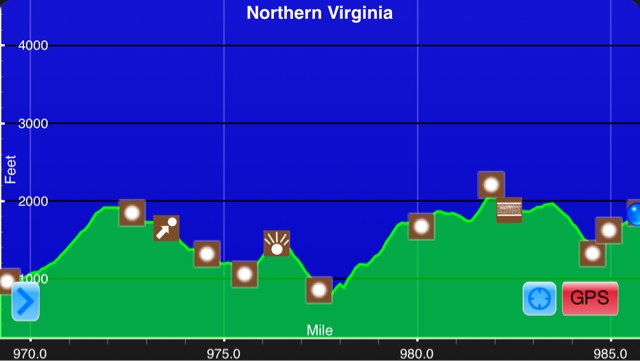 What a crazy good day it was. I stayed up way to late last night and was up at my normal time this morning. It took me a few minutes to get up and get going. As I walked into the kitchen, Airlock greeted me by asking if I wanted to take a zero, although I was pretty sure she wasn't 100% serious, I was thinking the same thing. The funny thing was she called me her insurance policy, the day before, because she knew I didn't want to take a zero and I would force her not to. I told her we should let fate decide and flip a coin. The coin landed on heads, which meant we were taking a zero. Luckily, Gary was the voice of reason and we quickly got moving in the right direction before we could successfully talk him into a zero day.
Since Gary was hiking with us today, we had to figure out a way to get him back to his car after the hike. We settled on the easiest solution. We parked the car 12.7 miles down the trail and had a shuttle meet us there. After a little hiccup, we were in the wrong place, we finally hooked up with the shuttle driver(a deadhead named Mike) who took us back to US 522. We were moving along the trail by 9:30.
Today was ridiculously hot and humid. I felt right at home :-) I'm pretty sure everyone else was miserable today, but I almost enjoyed it. The terrain was relatively simple and we pounded out the miles. Very early on in the hike we met up with, Outro. I haven seen her since Woods Hole Hostel, it was great to catch back up with her. The four of us hiked on and off together all day long. After catching up to, Outro we came across some trail magic at Tuckers Lane. A father and son(he thru-hiked SOBO last year) were handing out cold sodas and snacks. We got to see ChampagneJam, Lightning Bolt, Just Doug, and Slingshot. I haven't seen Champagne since Damascus, so it was great to catch up. The sodas gave us the energy to knock out the last few miles quickly.
The plan was to hike back to the car and then drive back to Front Royal for pizza and then Gary would take us back to the trail and we would hike a few more miles. The plan held up really well until 3 out of 4 of us made it to the side trail where the car was parked. Gary, who had the keys and no cell phone, missed the exit. I think he just wanted to get a few more miles in since it was such an easy hike. In the end, he was located and sent in the right direction, and we were on our way for pizza just as the rain started.
The pizza place we went to was very good. Outro, Airlock, Gary, and I all got individual pizzas and we all finished them. Gary insisted on picking up the check, he said it was to atone for the delay in getting to the pizza joint. THANKS GARY!!! It was the perfect end to a great day, even if it wasn't the end of our day. I kept forgetting we still had a few miles to go.
After making sure we were full of delicious pizza, Gary dropped us back off at the trailhead. We had planned on hiking another 2.5 miles, but since we were fueled up and ready to go we decided to go further. We made it an additional 1.2 miles to a fantastic tentsite, once again trees were an issue. Airlock informed Outro and I that she didn't see any trees around. We were too stoked to see that somebody had cached water next to the tent site to get very worked up about it. The last spring we passed was dry and I was a tad low on water. As we were discussing the situation, O'Ryan came over to talk with us. He said he saw a few trees next to his site, so we followed him to check it out. It turns out that the entire area only had 4 trees and they were barely usable. Outro and I got our hammocks hung(right next to each other) just as we heard a car in the vicinity. The lady that had cached the water, Graceful Not, had returned with a cooler full of Gatorade. We were super stoked to have such a great campsite and ice cold gatorades to care about the less than ideal hammock hang, which turned out ok in the end.
Sorry about the lack of pictures. I tried keeping my phone and camera in a different pocket and as a result didn't get many pictures today. I'll do better tomorrow. 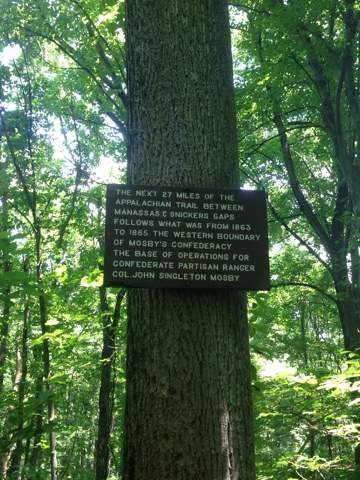 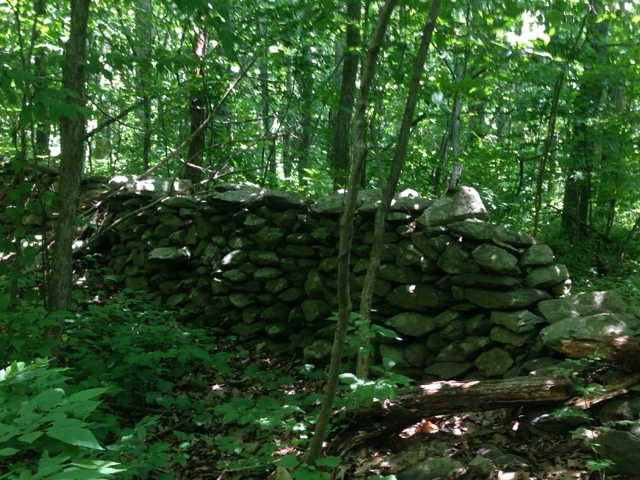 Remnants of a Civil War Era stone wall
"Do your little bit of good where you are; it's those little bits of good put together that overwhelm the world." -Desmond Tutu
Posted by Yoda at 8:06 PM