Day 83- You Win Some And You Lose Some 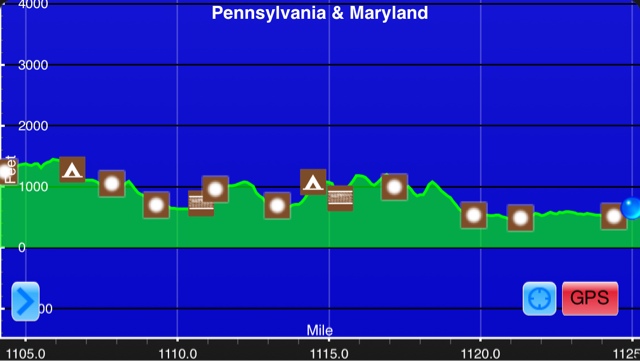 I feel like today was a series of failures, or maybe I should call them opportunities for improvement. The first mistake was not checking today's mileage for myself. Last night M&M said we had 14 miles to hike today. I didn't check for myself, it should have been 16.3 miles. Not a huge difference, but it was a big mistake on my part.
Instead if getting up at my usual time, I decided to sleep in until 6:30. I left camp at 7:30 and walked a quarter mile off the trail to have breakfast at a nice viewpoint. 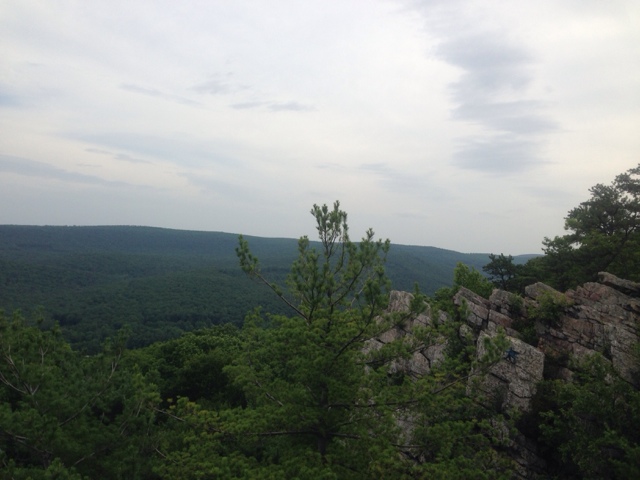 Pole Steeple Viewpoint
It was a nice view, but I didn't really start hiking until 8:00, one hour later than usual, this becomes important later in the day.
Shortly after I began my hike I ran into Tree Beard and Burl. Usually I would just pass them by with a quick hello, but they are very interesting and we were having a great conversation. I hiked with them for a few hours at the expense of a few miles. We parted ways when they hitched into town. I kept going because the AT crossed through a town, Boiling Springs, at the supposed end of my day. At this point I realized my mistake, I actually had to hike 16.3 miles to get to the campsite before town.
I picked up my pace, but with the late start and taking my time early in the day the damage was done. I eventually met up with Mia, M&M, Clover, and South Paw, we hiked together for the final 5 miles to the backpackers camp. I say hiked, but it was really more of a sprint. Bad weather was closing in on us quickly. As we approached the last stretch into the campground area the weather turned really bad. We had to cross an open field half a mile long with severe lightning. Just as we got to the campsite it began to pour. The "campground" was just an open field next to an active railroad. There was no way any of us were going to camp in that weather in an open field. We decided to hike another half mile into town.
By the time we arrived at the ATC mid-Atlantic office, we were drenched. Immediately phone calls were being placed to find a place to stay. Starting from the backpackers campground for the next 14 miles there is no camping. We didn't see any other option other than paying for a room somewhere. The only problem was that the only place in town was booked up. Carlisle, which was 11 miles away had rooms, but that involved paying for a cab ride. The rain was supposed to stop by 7:00, a few hours away still, so discussions and plans had to be made. A small group, myself included, decided to wait out the rain and hike the additional 14 miles to the next shelter. This would involve night hiking, which I was ok with, in a group, not by myself. The rain began to let up, so we all went to get dinner.
At this point, 2 out of the 4 night hikers were offered floor space in a room at the booked up B&B. Now the night hikers were down to 2, myself included. Mia, Clover, and M&M were offered a place to stay with a local. They accepted his offer. I got a bad vibe from the guy so I declined the offer. I'm sure it would have been fine, but better safe than sorry. The rain had stopped so, Rusty and I, went to the gas station to try and put together something for dinner. I bought a soda, chips, and a sandwich. I put my $10 of change in the shopping bag and went back to the ATC to eat. After eating I threw everything away. It wasn't until we made camp that I realized I threw away $10. Ugh, such a stupid thing to do.
Rusty and I, smartly changed gears and  decided to hike for an hour and then stealth camp. We had both hiked longer than we had planned, but the only option was to go further.
The trail was super flat and should have been easy, but the storm turned the trail into a muddy mess and several trees were blown down. Things could have been worse though, Rusty is great to hike with and the 3.7 miles went by very quickly. We found a great stealth spot for hammocking. On the hike in I was telling him about not using a pack cover and how I've never had anything in my pack get wet. Well when we made camp I discovered that half of my sleeping bag was soaked. I'm not sure how it happened, but it might have something to do with leaving my pack sitting in a puddle at the ATC for a few hours. I guess even the trash compactor bag has it's limits or it has a small hole in it.
If I had started at my usual time this morning I would have stayed dry and none of this CF would have been a problem. Lesson learned. Check your own mileage and use a dry bag for your sleeping bag. Things could be worse though. I'm now closer to the next town, Duncannon, and my dry clothes stayed dry. The weather isn't cold, so I won't freeze to death. 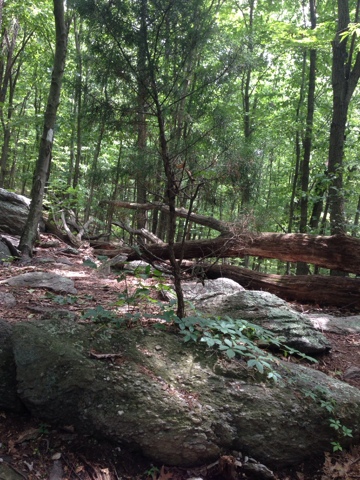 Tree growing between two rocks. Sometimes it's the struggle that makes us stronger.
The hiking today was actually very easy. Without the bad weather today would have been very pleasant. I like that I'm constantly learning new things out here. Just when I think I have my s**t together, I'm reminded that I can always do better and learn more.
"Nature will bear the closest inspection. She invites us to lay our eye level with her smallest leaf, and take an insect view of its plain." -Henry David Thoreau
Posted by Yoda at 8:15 PM