Day 84- The Fruits Of My Labor 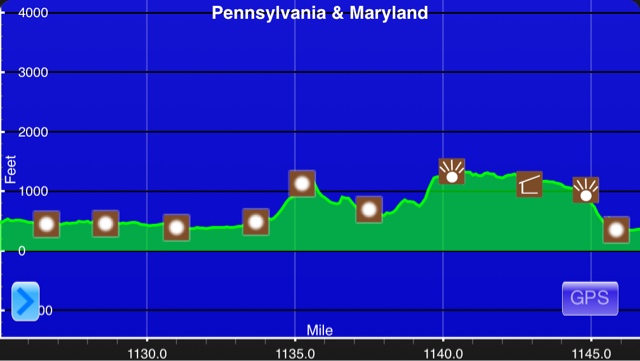 Today was a great day. Even with a wet sleeping bag and unseasonably cold weather(59 degrees), I stayed warm last night. I was up at 6:00 and on the trail by 7:00. Since I camped in a no camping area, I was the first person on that section of trail, which meant that I got the privlage of breaking through all of the spider webs. Eww.
Today was also the easiest section of trail that I've hiked. I enjoyed fourteen miles of flat terrain. I walked through fields, meadows, interstate overpasses, and even a tunnel. Along the way I collected and ate blueberries, mulberries, black raspberries, and cherries. It was awesome. I probably collected over a pound of fruit. 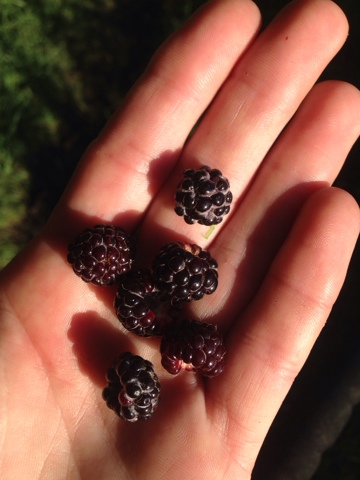 Looking at this picture I probably should have rinsed them off 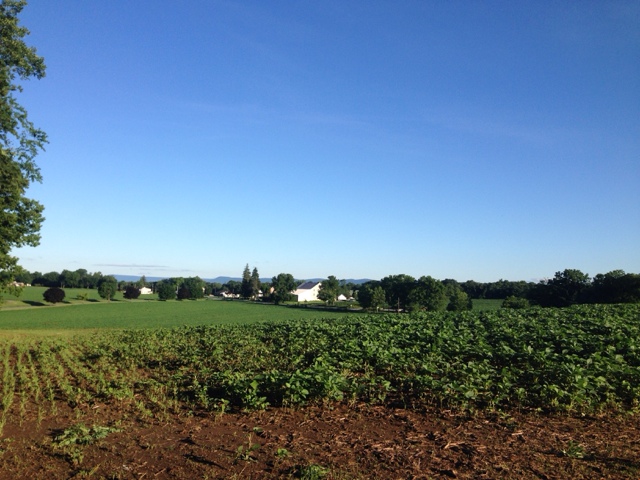 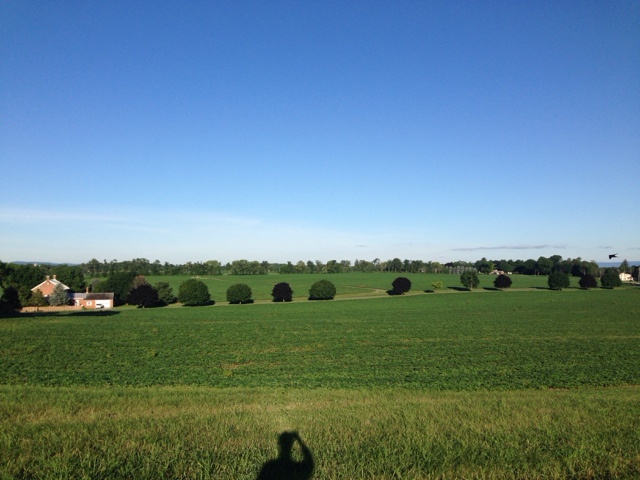 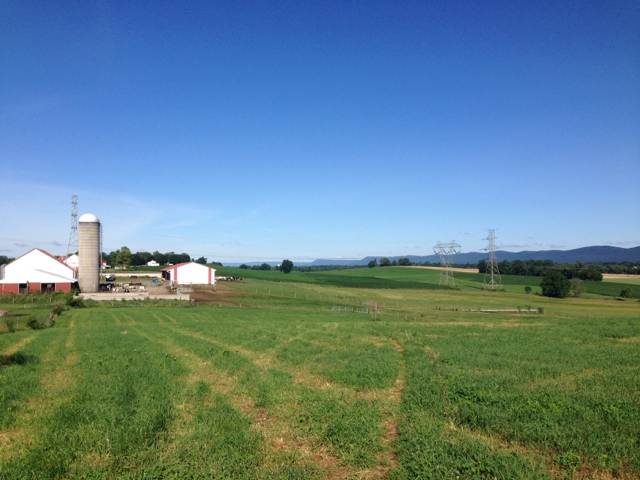 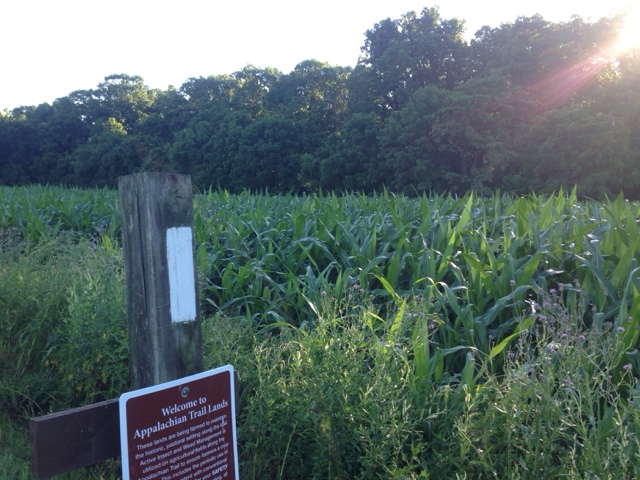 Corn Field
I breezed through the miles early on. I hiked 12 miles in under four hours. 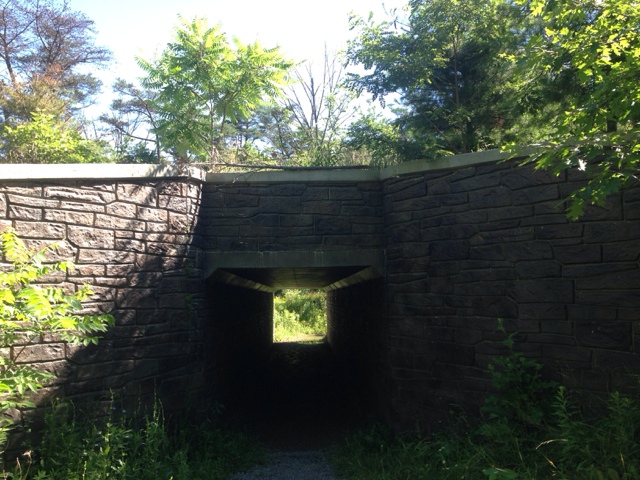 Tunnel
After I went through the tunnel I reentered the woods. I was greeted by a strenuous uphill climb, but I didn't mind. After walking 14 miles of flat terrain, through civilization, I was ready for a change. Midway through the uphill I came across a rusted out car frame. It was very surreal. 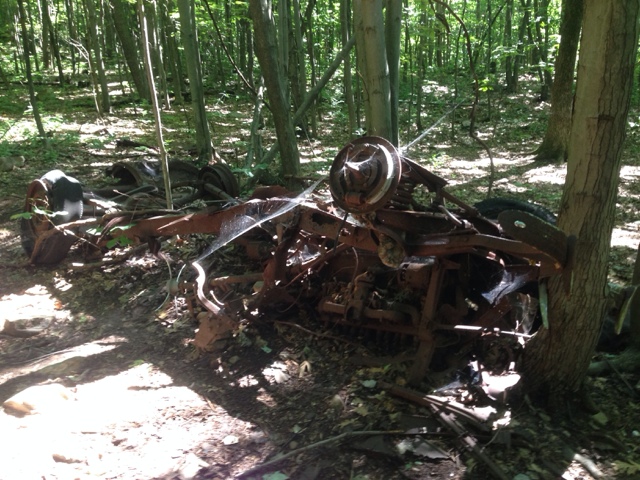 Car in the middle of nowhere
Immediately after seeing the car I hit the summit of my climb. I was had a great view if the valley and where I had come from. 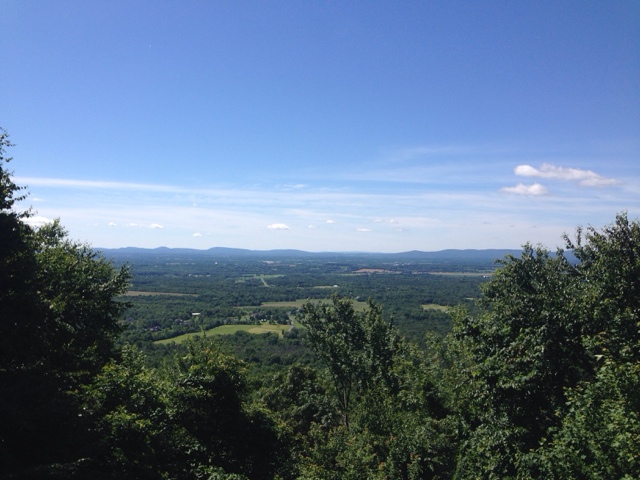 I walked from the distant mountains and across the valley
It was a beautiful day, unseasonably cool with low humidity. I couldn't help but marvel at my change of circumstances. Yesterday's weather was so miserable and today was a wonderful spring afternoon. 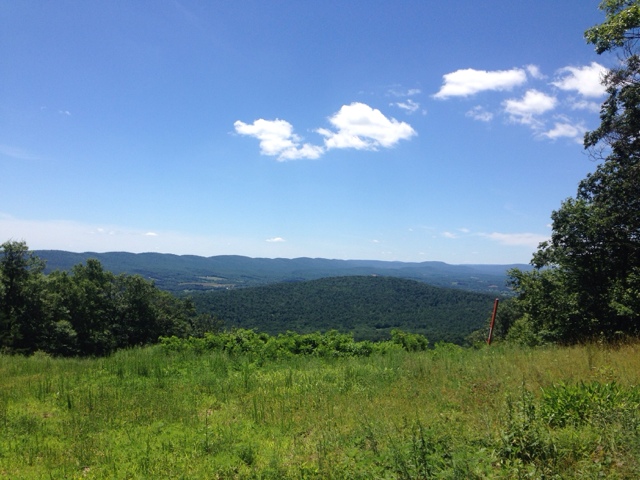 Fantastic weather
As I turned the corner I came to another road crossing. A van was parked there with the windows down. I said hello to the driver and she beckoned me over. Her van had all kind of AT stickers on it, so I stopped by. She introduced herself as, Trail angel Mary. I was excited to meet her because she is mentioned in my trail guide. Mary was waiting for, Jester to come by so I told her he was a few hours behind me. She gave me some cantaloupe and asked if she could help me with anything. I thanked her for the fruit and told her I was good. Trail Angel Mary is a wonderful lady that goes out of her way to help hikers. It was a privlage to meet her.
As I hiked on, I couldn't help but marvel at the change of fortune I had experienced. The AT is truely full of ups and downs, physically and mentally. Around the next corner I found an ice chest loaded with ice cold soda. The note read, "From Captain Panda 2016, help yourself," 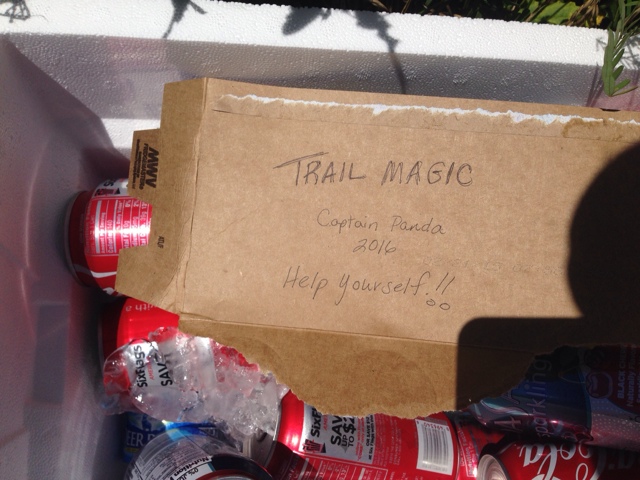 Such a nice treat. I hope Captain Panda has a great thru-hike next year
The next six miles of my day was no picnic, but nothing could put a damper on my spirits. AWOL described the next 6 miles as, "very rocky". I've encountered tons of rocky sections, but AWOL has never warned me beforehand, so I was very weary. I'm not sure if it was my great mood, or because I was so close to town, but it didn't seem that bad. 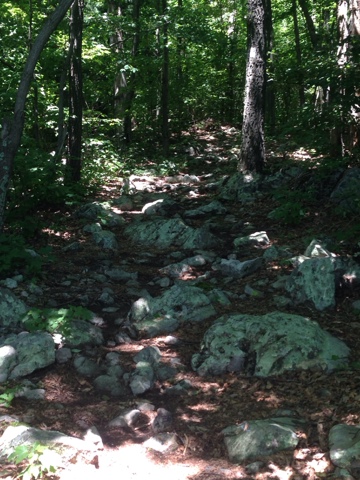 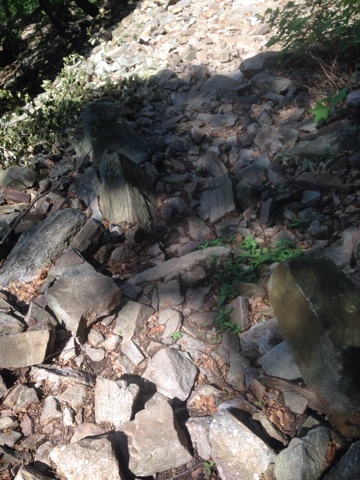 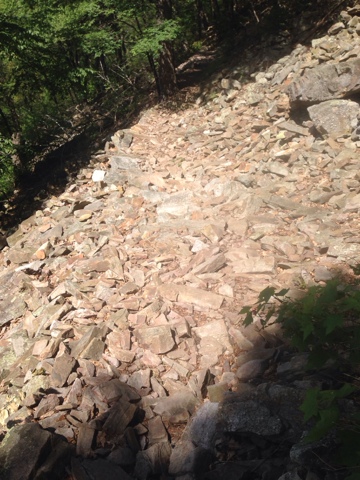 Six miles of this
I had a brief break from the rocks as I hit, Hawk Rock viewpoint. I had a great view down into Duncannon. 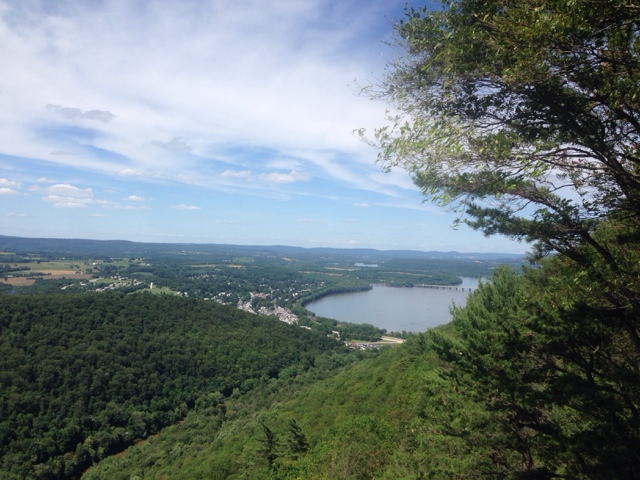 Susquehanna River
Duncannon is another great town that the trail goes directly through. As I walked into town I hadn't made up my mind if I would stay in a hotel or just pass through. By the time I reached the famous Doyle hotel, I had decided to stay.
Originally a three-story, wooden hotel built in the 1770s, it was a stopping point along the main route going north along the Susquehanna River and has a rich and storied history. It caught fire and burned to the ground in 1803, replaced by the current brick building. In 1880, it was purchased by Adolphus Busch of Anheuser-Busch fame, and it opened again as the Johnson Hotel in 1905. Busch died in 1913, and the building reverted to the Budweiser Company, but was quickly sold off, with many other places, when Prohibition hit in 1920. The hotel then went through several private owners, finally becoming The Doyle in 1944 after Jim “Doc” Doyle won $444,444.44 in the Irish lottery. Doyle owned and operated the hotel into the 1990s. It again passed through two different owners until 2001, when current owners Pat and Vickey Kelly bought it.

Through the many years, The Doyle has hosted the famous (including Charles Dickens) and many ordinary folks, but its true calling came with the establishment of the Appalachian National Scenic Trail, known more familiarly as the Appalachian Trail.

- See more at: https://theburgnews.com/business/hiker-heaven-break-bed-chunk-history-await-weary-doyle-hotel#sthash.z1eBnJ0I.dpuf
The place definitely needs a little TLC, but I enjoyed staying here. There is a great group of hikers staying as well. Rusty, Little Free Bird, South Paw, Jester, China Rock, Hail Storm, and Boris were all here as well. When I checked in Vicky told me about the Lutheran church down the street. On Wednesdays they have a hiker feed, so I went by to check it out. It was amazing. The wonderful parishioners fed us a spaghetti dinner with salad. They had Gatorade, homemade ice cream and cookies too. On the way out they had ziplock bags, toilet paper, fruit snacks, protein bars, and trail mix for us to take. They refused my offer to help clean up. It was truely amazing. I must have thanked them 50 times.
After dinner I went back to the Doyle. Everyone was hanging out at the bar downstairs. I had a few beers and really enjoyed hanging out with everyone. After a long hard week of pushing out big mile days this was exactly the kind of day I needed.
"Focus on the journey, not the destination. Joy is found not in finishing an activity but in doing it." -Greg Anderson
Posted by Yoda at 9:42 PM