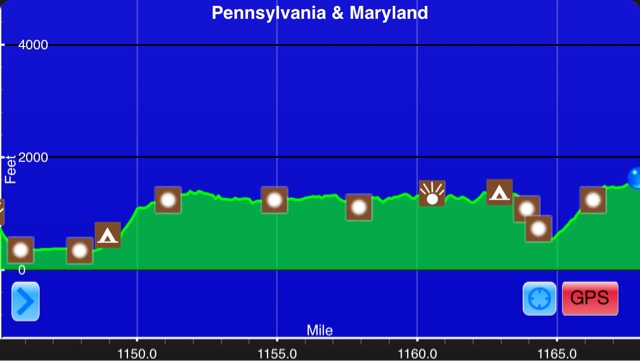 In the last week I've hiked 145.1 miles. That averages out to almost 21 miles per day. I really felt it today. I had zero energy and really struggled through the day. The rocks have started to increase and my poor feet felt every single rock.
I was up late last night, mainly because The Doyle has a bar, but also to finish my blog. I decided to sleep in until seven, but I was up at six anyway. I did lay in bed until seven though. Since I didn't have to break camp I was out of the hotel by 7:30. I decided not to eat breakfast in a restaurant and just made a meal out of camp food. I was back on the trail by 7:45. Usually when I leave town I don't get started until after 9, so I was pretty happy about getting an earlier start. The trail passed through the residential part of Duncannon. I walked through the streets for over 2 miles(asphalt hurts my feet). 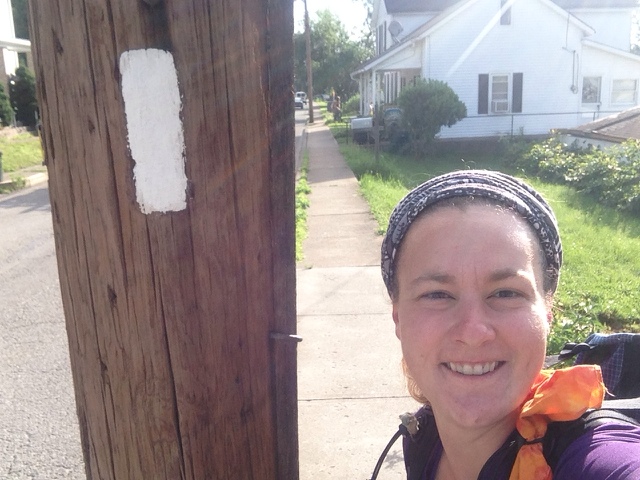 Residential neighborhood
In the next two miles I crossed the Susquehanna River twice. The bridges across were heavily traveled by cars. I didn't care for being that close to traffic. Eventually, I reentered the woods and had a very steep climb. I enjoyed getting away from the sounds of civilization. The higher I climbed, the less road noise I could hear. I was excited to get to the Peter's mountain overlook, one of my blog followers, Walking Rhythm, told me it had a great view. He was spot on and my picture doesn't do it justice. 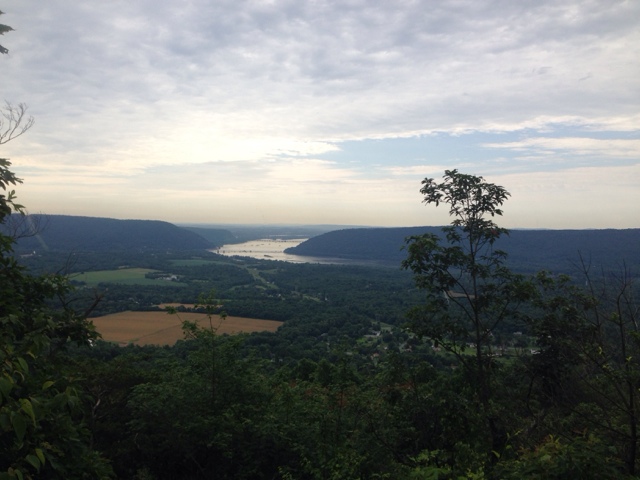 View from Peters Mountain
Unfortunately, for everyone reading this, the rest of the day was very boring. I walked a ridgeline all day long. Every once in a while the trail would drop down into a parking lot, then I'd climb back up to the ridgeline. One section had a sketchy boulder lined area that I had to traverse. I put my poles away and carefully made my way around. Every time I would get into a rhythm, the rocks would break my stride. It really slowed me down today. I must have rolled my ankle 20 times today on the rocks. I forced myself to slow up before I got hurt.
Around noon I came across the ATC ridgerunner for this section of trail. I actually met him yesterday at Darlington Shelter. When he thru-hiked the AT last year he got the trail name, Flat. He was checking to see if there were any blow downs from the storm two days ago. As he jogged by me he said he left trail magic at the next parking area. That was all of the motivation I needed to pick up the pace a little. When I got to the parking lot I saw a bag of nectarines(my favorite) and a cooler of soda. 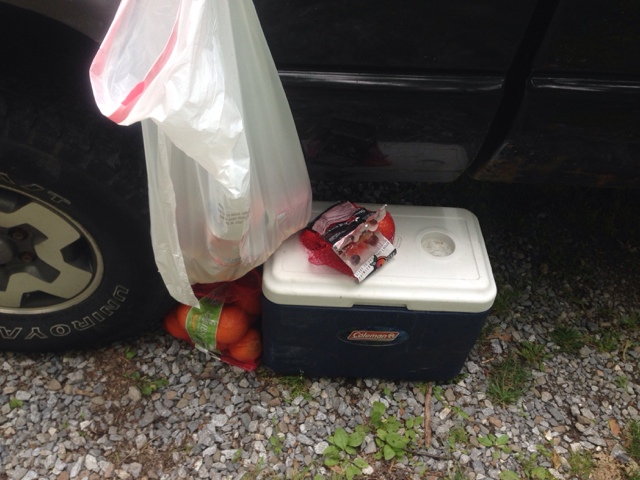 Thanks Flat
The rest of the day was a blur. I kept my head down and focused on every step. Around two it began to rain, nothing major and the forest canopy caught most of it before it hit me. Nonetheless, I once again picked up the pace. I skipped stopping for lunch and just ate extra snacks while I hiked. I was three miles short of camp when the rain intensified, not quite a downpour, but more than a drizzle. The last two miles I hiked as hard as I could. The trail became very steep and I was very tired. Eventually I made it to my campsite and I was still relatively dry. I quickly set up my tarp and hunkered down underneath it to wait out the rain. Since I had cell phone reception I checked the weather. It was going to rain all night, ugh. I decided I couldn't wait out the weather, so i set up everything from underneath my tarp. I haven't had to do this very often, so it took a little longer than normal to set up. I decided I didn't feel like cooking dinner so I ate snacks instead. Several other hikers came past my camp, but pushed on in the rain. I thought I was going to be here by myself, but I convinced China Rock to stay. To be fair, it didn't take much convincing.
I'm nice and dry tonight and the rain should stop in the early morning. Hopefully tomorrow will be more interesting for my sake and yours.
"Life is one big road with lots of signs. So when you riding through the ruts, don't complicate your mind. Flee from hate, mischief and jealousy. Don't bury your thoughts, put your vision to reality. Wake Up and Live!" -Bob Marley
Posted by Yoda at 7:34 PM