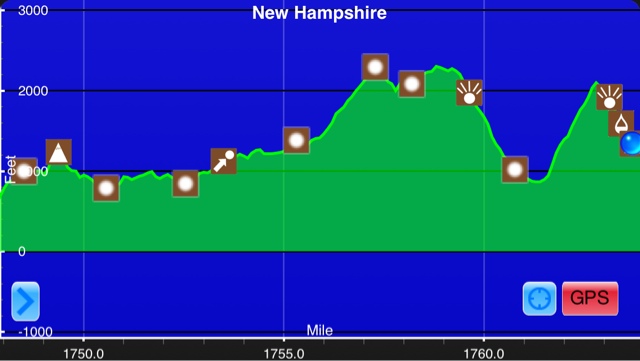 I finally made it out of the Hanover vortex. Before I left I made one more stop in town to use a proper bathroom and to get a cup of coffee. I hit the trail at 9:00. I was greeted with a very steep uphill climb. 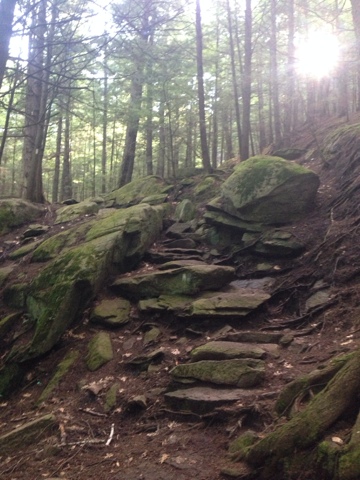 Small taste of whats to come in NH
The next several miles were great. I cruised right along and managed to do 3 mph for two hours. After spending two days in town my legs and feet felt great, which was a surprise. Usually after taking that much time off in town I feel sluggish and sore. It must have been all of the walking around in town that prevented that.
I stopped at a trailhead to eat a quick snack before climbing up Moose Mountain. 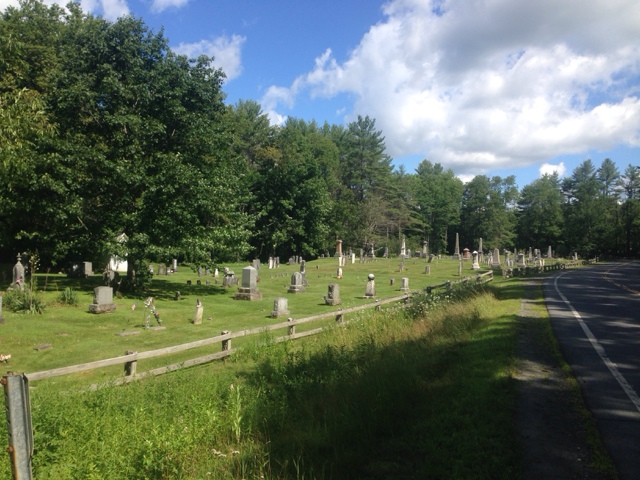 Cemetery at the road crossing
I gained 1,000' of elevation over a mile. My body has finally readjusted to that kind of elevation change. It also helped that it wasn't to terribly steep. Today was also a beautiful day. The humidity was very low and there was a very nice breeze. It was almost chilly once I stopped at the summit. 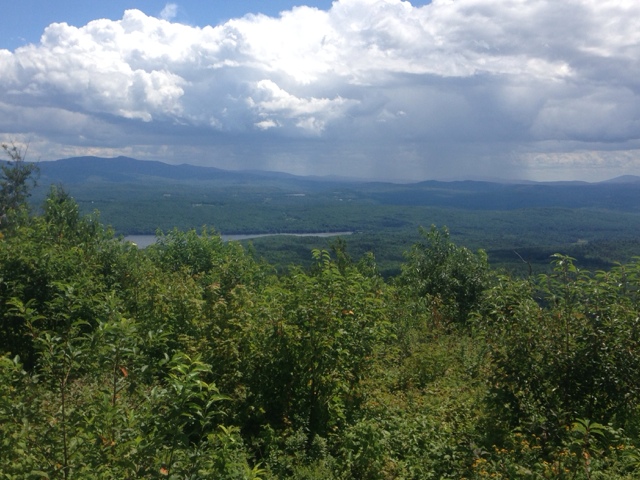 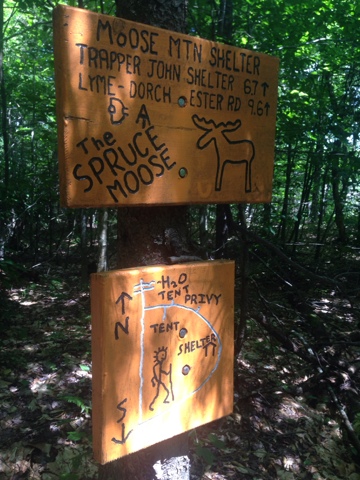 Creative signs for the shelter made by the Dartmouth Outdoor Club
After a quick lunch I was back on the trail and in search of water. The source for the shelter was a muddy, slow moving stream. I was running on empty so I had no choice but to filter water there. It took me twenty minutes to get half a liter of water.
The next few miles were all downhill. By the time I made it to the bottom by knees were on fire. I'd much rather climb uphill all day than go downhill. Climbing is tough on the lungs, but there is no danger of falling on your face. Eventually I came to a better water source, so I dumped out my water from the earlier spot and cameled up there.
When I made it down to the road I decided to have another snack break. I was thrilled to see, Chocolate, Mud Magnet, and Lollipop there. They comprise half of the Texas Hiking Family, formerly known as the Swiss Family Robinson, a family of seven that is thru-hiking the trail. We chatted for twenty minutes before we started up another mountain. Chocolate, the mom, quickly fell behind on the tough uphill climb. Mud Magnet (age 9), and Lollipop (age 15), kept right on my heels. For the first part of the climb we talked back and forth, but as the terrain became steeper all talk ceased. Once we got to the wooded summit, they picked up the conversation right were we left off. I really enjoyed hiking with them. They are all such great kids. Lollipop complimented me on my "steady gait", saying I go the same pace uphill as I do on the straightaways. Mud Magnet  called me a beast and said that I almost killed him. I thought we should wait for Chocolate to catch up, but the kids assured me that it was ok for them to hike with me alone. Apparently I am trustworthy. Later that night I confirmed with their mom and dad that it was ok for the kids to hike with me. I left out the story of Mud Magnet tripping and almost falling off of Holts Ledge. 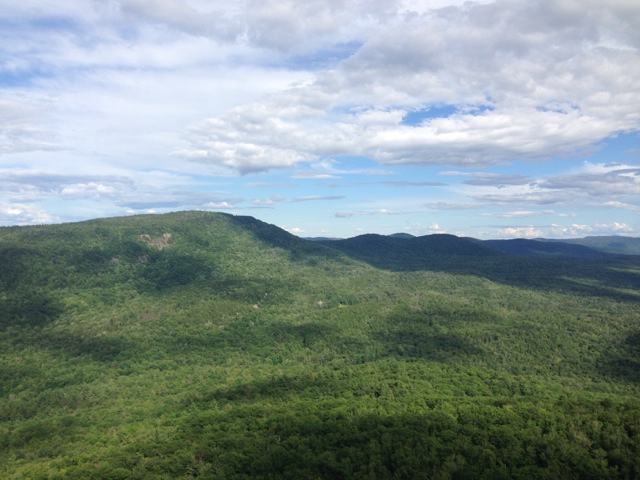 View from Holts Ledge
Trapper John Shelter was right past Holts Ledges. When we walked up to the shelter the rest of their family was already there. Simple Man, the father, Turbo, Dash, and Tigger were excited to see me. We haven't crossed paths since early in Pennsylvania. Simple Man offered me dinner, but I had to decline. I'm carrying way to much food right now so I had to eat out of my own bag. I offered to let him cook my dinner, but for some reason he declined. The shelter has an awesome stone fireplace, so the kids set about starting a fire. 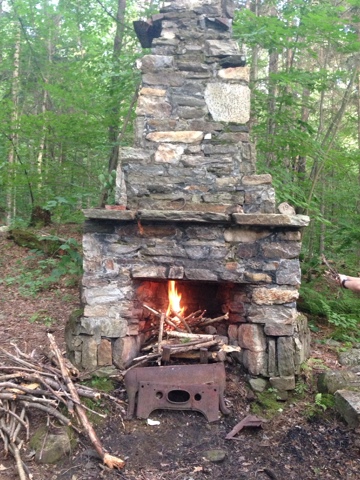 They did a really good job
We all got to camp early and sat around talking. It was a very pleasant evening. They are hiking 18 miles tomorrow so they can take a Nero and zero on Friday and Saturday. On Sunday they will slackpack SOBO, but hopefully our paths will cross again on Monday.
“Our prime purpose in this life is to help others and if you can’t help them, at least don’t hurt them.” – Dalai Lama
Posted by Yoda at 6:03 AM