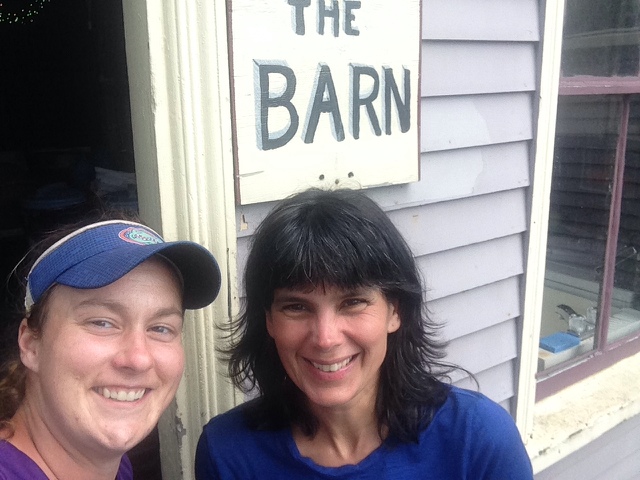 This should be my last zero day of the trail. I feel extremely well rested. I've eaten so much town food in the last week that I've probably gained five pounds. Oh well, the rugged Maine mountains will take care of that. I wish I could say that my ankle is 100% ready to go, but it's not. I'd say I'm probably 70% healed. I did a fair amount of walking around town today and on the flat concrete terrain, it held up fairly well.
The one positive thing about my injury is that it has allowed Airlock to catch up to me. We have been plotting together over the last few days and I'm pleased to announce that the dynamic duo is reunited!
I left the Twelve Tribes community this morning and returned to Gorham, NH. Airlock was staying there at a hostel called, The Barn. The Twelve Tribes community has been great. They treated me like part of their family and gave me a nice home to recuperate in. I couldn't be more thankful for their kindness and generosity. 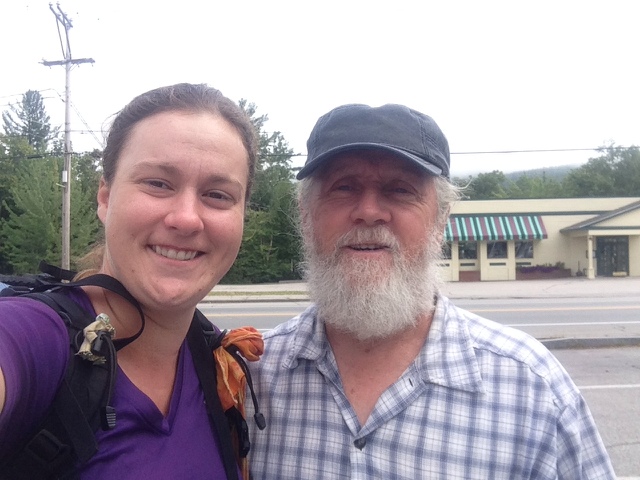 Jeramiah and I
I made so many new friends while staying with the community. Thru-hikers, Palomino and Rougarou, came to stay last night. Although we only spent a few hours getting to know one another, I feel like I've known them forever. I wish them well on the rest of their hike. 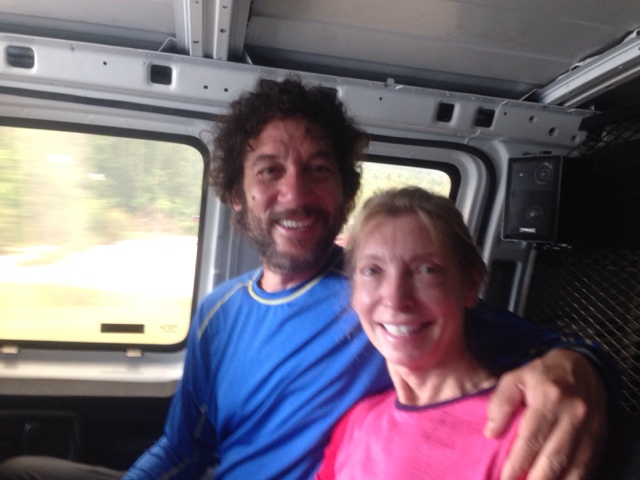 Rougarou and Palomino
Jeramiah dropped me off at the PO in Gorham. From there I had a short walk to met up with Airlock. It is extremely fitting that we were reunited at Dunkin Donuts. While I enjoyed second breakfast, we spent over an hour catching up. Once I finished my iced latte, chocolate eclair, and cinnamon roll we walked back to the hostel. She spent a few minutes showing me around before going off to shower and do laundry.
While Airlock was occupied I sat down with Cruise Control and started planning out the next few days. I'm not much for planning too far ahead. I tend to only look 2-3 days in advance. Other hikers, such as Airlock, Outro, and Cruise Control prefer to plan out weeks at a time. I don't see the point. Within a few days the plan always gets shot to hell.
Once our chores were taken care of, the three of us set out to find lunch. We ended up at Mr. Pizza, but ironically none of us ordered pizza. After lunch we went to the local coffee shop for lattes, smoothies, trail planning, and wifi. We met up with Moosehead, who had just finished the trail three days ago. Congrats, Moosehead. He was able to give us all kinds of Intel on our remaining three hundred miles. We came up with a very conservative plan for the remainder of the trip, although I think Airlock would disagree with how conservative it is.
From there it was back to the hostel so Airlock could plan out her resupply. I resupplied several days ago and only needed a few things. While Airlock and Cruise Control headed to Walmart, I sat down and rested my ankle. We have planned out a few easy days to start with. I plan on taking it slow, with several breaks throughout the day to soak my ankle in ice cold streams.
When Airlock got back from Walmart, we set out for dinner. We went to another pizza place, where we actually ate pizza. We swapped stories and had a very pleasant evening. This zero day went by much faster than yesterday's.
I'm looking forward to getting back on the trail. I'm just not geared to sit around all day, which is funny because that was my favorite past time before the trail.
“To ease another’s heartache is to forget one’s own.” – Abraham Lincoln
Posted by Yoda at 7:59 PM