Day 136- An Easy Day In The Whites, Is That Even Possible 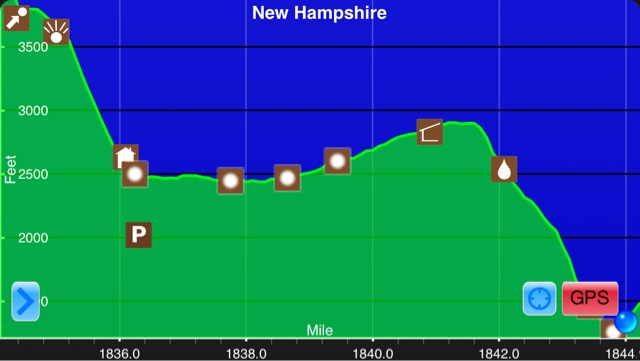 Finally, an easy day in White Mountain National Forest!!! I didn't think that was even a possibility. After a great nights sleep last night I was well rested and ready to go this morning. We knew that it would be a relatively short day today because we had to go into town to resupply. On our way to Crawford Notch, we passed right by Zealand Falls Hut. We planned on getting there in time for breakfast. Thru-hikers are fed leftovers after the paying guests are finished eating. We were all excited by the prospect of free pancakes. We knew we had to time it just right, the guests are usually fed at 8:30, so we planned on getting there at 9:00. I had to hike 1.6 miles downhill, which has been taking me forever. I tried to leave before everyone else, but South Paw got out before me and Outro quickly passed me. I was pleased that it only took me one hour to make it there. The descent was steep in some sections, but overall the trail wasn't too bad. 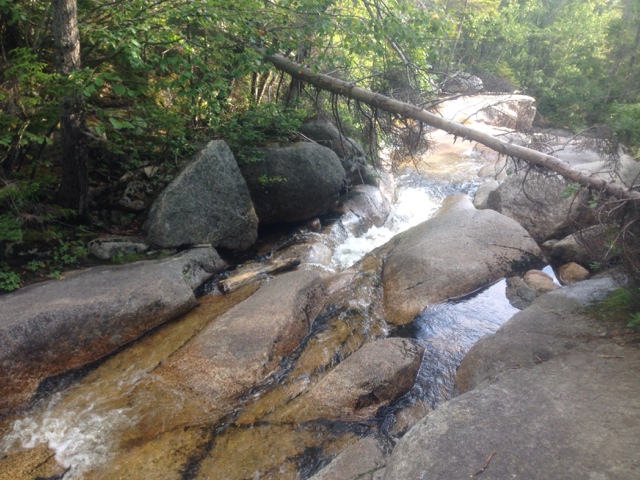 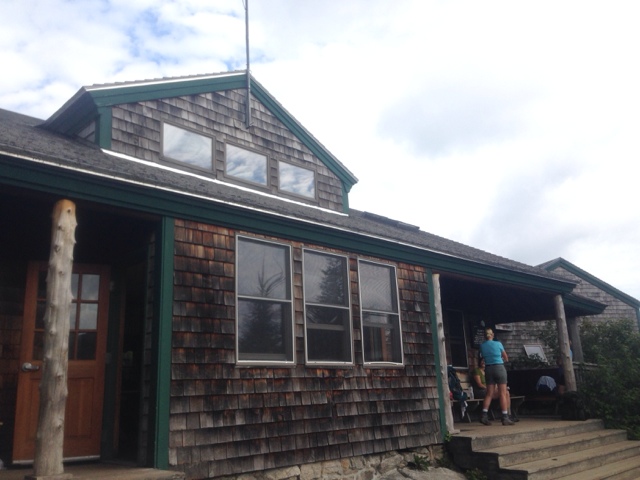 Zealand Falls Hut
I was disappointed to find out that there weren't any pancakes leftover. Just cold, tasteless oatmeal, a few cold pieces of bacon, and some chunks of pineapple. But, beggers can't be choosers, and I was happy to get a free meal, especially since I was out of food. This is only the second time this whole trip that I have zeroed out my foodbag before going into town. The increased difficulty of the trail and the colder weather has me burning through calories. I just can't seem to eat enough everyday.
After leaving the hut, we only had 7.9 miles to hike before going into town. Those miles might be the easiest I have hiked the entire trail. I was loving life. For the first hour, I hiked 4 mph. I only stopped to take two pictures and to let Adios pass me. I was quite pleased with myself for keeping up with him for the next mile, he is a hiking machine. 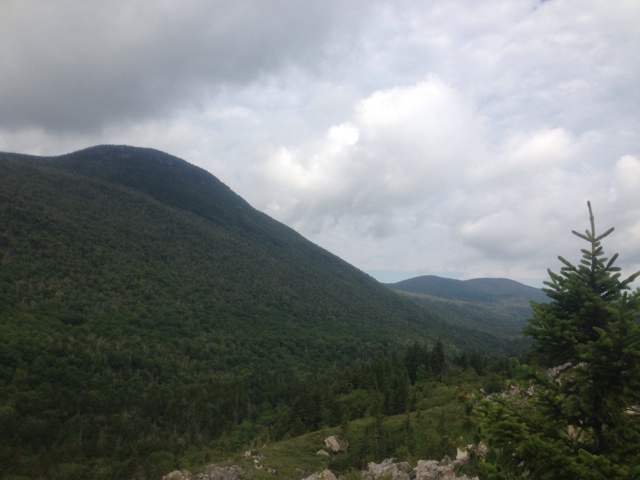 No idea what mountains these are 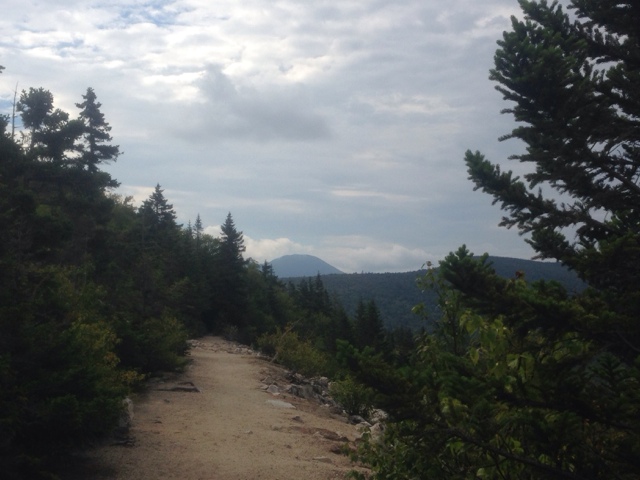 Awesome trail with a view to Mt. Washington
I ended up hiking 7.9 miles in just under 2.5 hours. My knees were sore, but I felt great. I've been getting pretty down on myself lately because of how slow I've been hiking. I have learned to accept that on the rocky downhills, I'm just slow. I'll never be able to keep up with Adios, South Paw, and Outro. That doesn't mean I'm a terrible hiker. I kept up on good trail, and that's good enough for me. I'm not going to keep killing myself or beating myself up. I'll just do my best and enjoy my time in the Whites. For those of you who don't know me personally, that is a big deal. I have this ridiculous competitive streak, but I'm learning to let go. Life shouldn't be a competition. Everyone has strengths and weaknesses. My weakness just happens to be rocks. I'm not sure why they are more difficult for me, and that is part of my frustration. I'm starting to think that it has something to do with flexibility. I don't have the greatest range of motion in my knees and hips. Oh well, at least I have something to think about for the next 150 miles of rocky, steep descents.
Once we made it into Crawford Notch, we planned on hitching to the AMC Highlands center. Adios, Outro, and South Paw all had packages waiting there and I needed to buy food. As we walked to the road, we came across trail magic. Mainerd, a thru-hiker, had his mom, dad, and grandfather meet him there. They brought a grill to cook hamburgers and hotdogs. They also had pink lemonade, pasta salad, potato salad, chips, strawberries, and brownies it was amazing. We all ate a ton of food. After we finished eating a truck was leaving the parking area. We asked the owner for a ride into the Highlands center and he said yes, he even offered to bring us back to the trail.
It was a quick drive into town. Adios, Outro, and South Oaw picked up their packages with no problems. I, however, had a huge problem. They didn't have a proper resupply. I ended up buying 4 days worth of food, but all they had were cliff bars, probars, and candy. They didn't have any dinners. My resupply looks like this; 4 probars, 4 cliff bars, 10 snickers, 2 bags of potato chips, 2 strips of beef jersey, and a small bag of trail mix. To make matters even worse, this cost me $60. I was furious. My trail guide had this place listed as a decent resupply, I disagree. Luckily, Adios had a few extra dinners. So I'm eating mashed potatoes for the next three nights. Hopefully, I can supplement this subpar resupply at the remaining Huts we pass.
The driver of the truck took us back to the trail, where we ate lunch number two at the trail magic. We actually hung out there for the rest of the day. Our campsite was just a quarter of a mile down the trail, so we were in no hurry.
Around four o'clock, we finally tore ourselves away from the free food and awesome hospitality, so we could go set up camp. Our stealth spot is right next to a small river, so we took the opportunity to take hobo baths and to rinse out our smelly clothes. The river was ice cold so I soaked my feet and knees as well. It just feels civilized to go to bed smelling clean(ish).
Tomorrow we begin the climb up to, The Presidential Range. It will be eleven miles to the top, all of it uphill. Once at the top we will try to get Work For Stay(WFS) at Lake of the Clouds Hut. For the next twelve miles, The Presidential Range, is all above treeline. We have timed things right, hopefully, because the weather should be great for the next two days.
"One of the best ways to get through difficulties is to simply persevere day by day. Huge projects don't seem as daunting when we focus on one element ... completing that before we tackle the next phase. As Napoleon Hill said, "Most great people have attained their greatest success just one step beyond their greatest failure."
— Chelle Thompson
Posted by Yoda at 9:32 AM