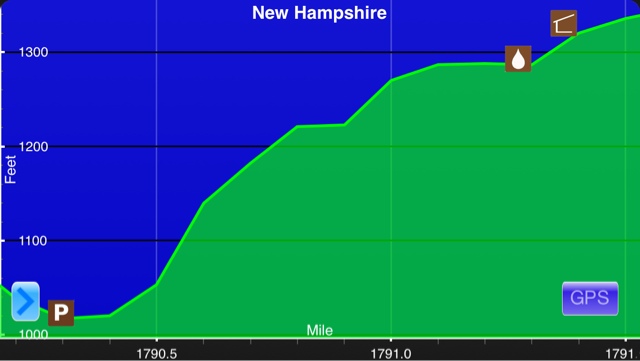 I'm still trying to figure out if I can get away with calling today a nero instead of a zero day. Yes, I hiked, but for less than 30 minutes.
When I woke up this morning I didn't really have any plans for the day. I knew that at some point Broccoli Casserole and BFG would return me to the trailhead, but a definitive time hadn't been set. We met for breakfast in the lobby around eight. I got a text message from South Paw, stating that she would be at the trailhead around 4:30. The day was beginning to take shape. I took the time to check Airlock's journal and was pleasantly surprised to see that she was really close to my current location. Broccoli and BFG suggested that we go to meet her. Luckily, Airlock had cell phone service and her phone was turned on at the right moment. We made plans to meet up for lunch.
I spent a little time after breakfast repacking my things and fixing some of my gear. Before I knew it most of the morning was gone. I had just enough time to respond to some of my back logged emails before we set out to find Airlock. Since I had just hiked through West Hartford last week, I knew exactly where she would be. The GPS had a little trouble routing us to the correct spot, but we eventually made it to trail angel Randy's house. I haven't seen Airlock since Harpers Ferry. We had a very nice reunion. Aunt Liz and Uncle Tom were very excited to finally meet her. Hugs very given all around. 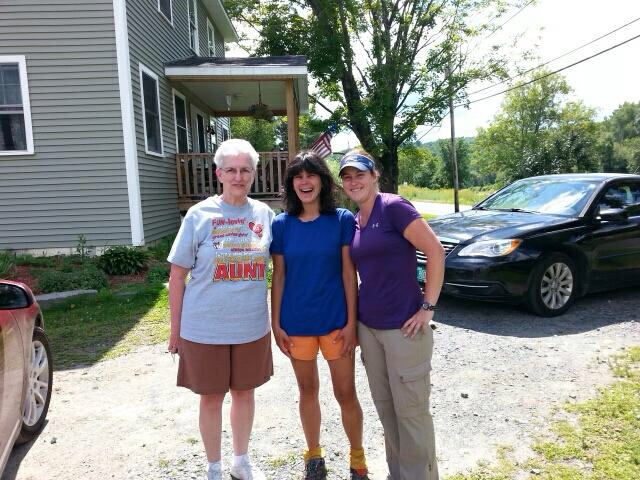 Broccoli Casserole, Airlock, and me
While Tom drove and Liz navigated to the restaurant, Airlock and I chatted nonstop. I teased her about slack packing and she teased me about my ridiculous amount of zero days lately. I've really missed her. I tried to convince her to skip ahead to where I was at. She stoically refused, saying something about having standards and not skipping trail.
We had a great lunch. I was worried that BFG and Broccoli Casserole would be bored listening to us talk nonstop about trail life. In the end, I had nothing to be worried about. They both said how much they thoroughly enjoyed themselves. They thought it was fascinating to hear us talk.
The time went by way too fast. Three hours seemed like thirty minutes. Eventually we had to return Airlock to the trail. I was tempted to kidnap her and force her to hike with me again. 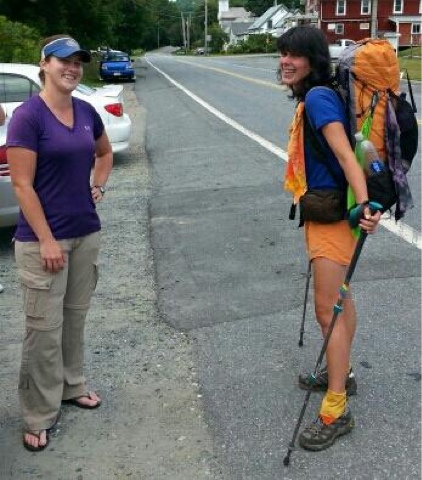 Time to say goodbye
After saying goodbye to Airlock, it was time for me to return to the trail. We made the hour long drive back to Warren, NH. I was excited to see South Paw, Outro, Adios, Laces, Clover, Mya, and M&M again. Once we got to the trailhead I spent a few minutes repacking my bag. I had to take my food bag out because Liz and Tom were taking it to North Woodstock for me. I decided that I didn't need to carry 4 days of food over the first mountain of the Whites. The crew was going to town tomorrow to resupply and Liz and Tom didn't mind taking my food there. After that was taken care of we walked over to the trailhead together. They planned on hiking with me for a little while, but it was evident immediately that wouldn't work out. A good size stream lay between us and the trail. There was no bridge across the water. As we said our goodbyes, Adios came strolling in. 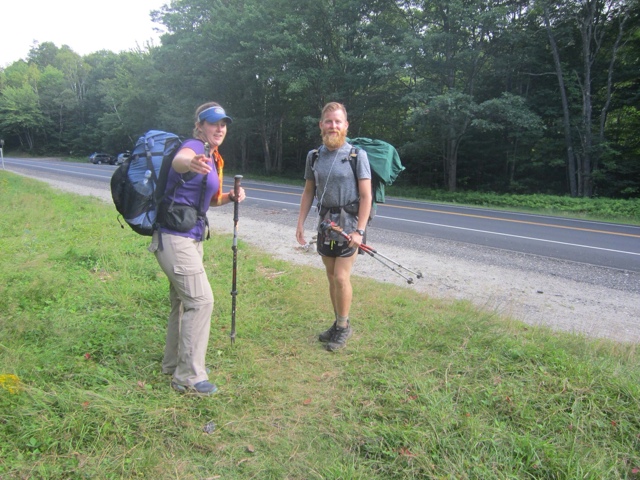 Me and Adios
I posed for a few pictures with BFG and Broccoli Casserole before heading into the woods. 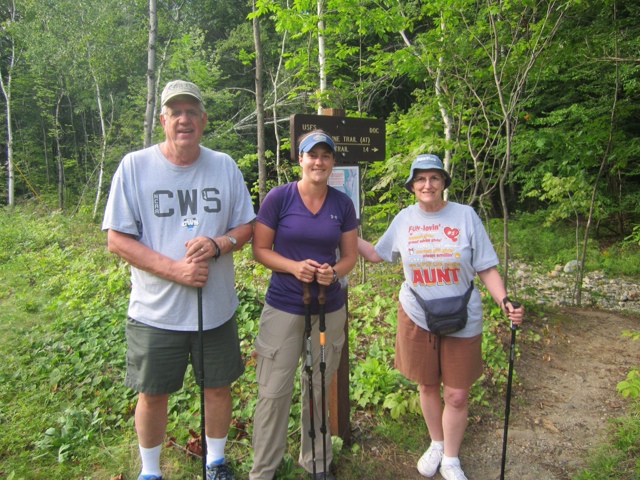 Entering into The Whites
Adios quickly picked his way across the stream. Since I was so clean and fresh coming out of town, I wanted to stay that way for as long as possible. I took my socks and shoes off to cross the stream. 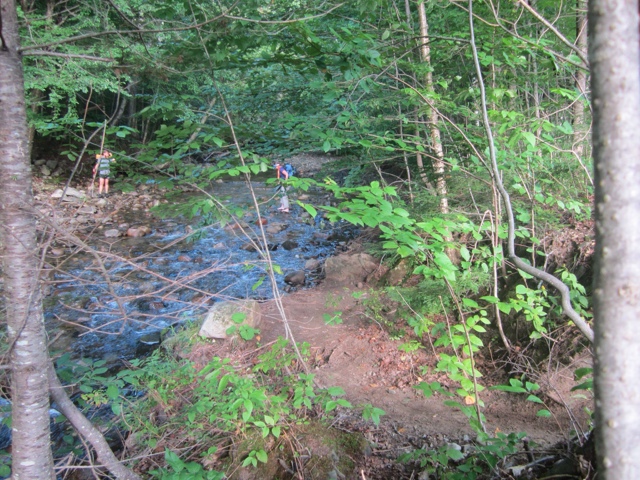 First barefoot stream crossing
The hike up to the shelter went by super quick. It was so nice to hike with Adios again that the one mile flew by. Once we made it to the shelter, hugs were exchanged, and the stories began. We spent the rest of the evening catching up. Just as we were getting ready for bed a very large group of loud boyscouts came into the shelter area. Even though there was a large tenting area 200 yards away, they proceeded to set up their tents practically on top of ours. Then they began to cook dinner, right in front of where we had set up. As it got later they continued to be loud. Around 9:00, well after dark, Outro politely asked them if they could quiet down. That did not work. At 9:30, South Paw tried again, but not as nicely. At 10:00, I lost my cool. I shouted out, "Do you not realize that we are trying to sleep?" Finally, they got the message and quieted down to an acceptable level.
Tomorrow we start hiking in White Mountain National Forest. We are all a little anxious about it, but I think we are all equally excited. This section is what we have looked forward to since day one. We have a really easy day planned. We will hike over and down, Mt. Moosilauke, which is only 8.4 miles. We have heard horror stories from all the SOBO's we have encountered. The decent is supposed to be pretty treacherous. I'm excited to finally start, no more waiting around!
"I'm a slow walker, but I never walk back" - Abraham Lincoln
Posted by Yoda at 7:53 PM