Day 103- Goodbye And Thanks For The Memories 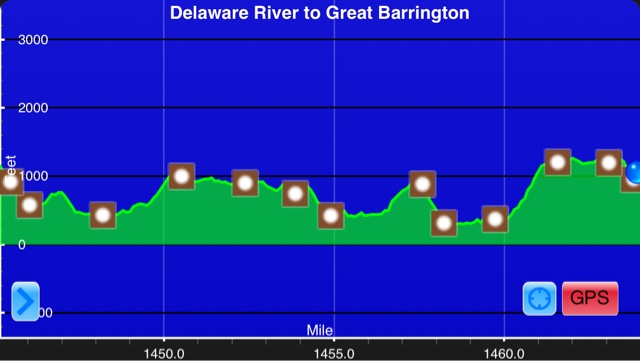 So long New York, hello Connecticut! Today was an awesome day. I slept in until 6:45 and it was glorious. I packed everything up as quick as possible and made as much noise as I could next to loudmouth Brooklyn's tent as I walked by. I had a nice easy 3.5 mile walk to get to my maildrop location.
I walked past a lot of cool stuff in a short amount of time. 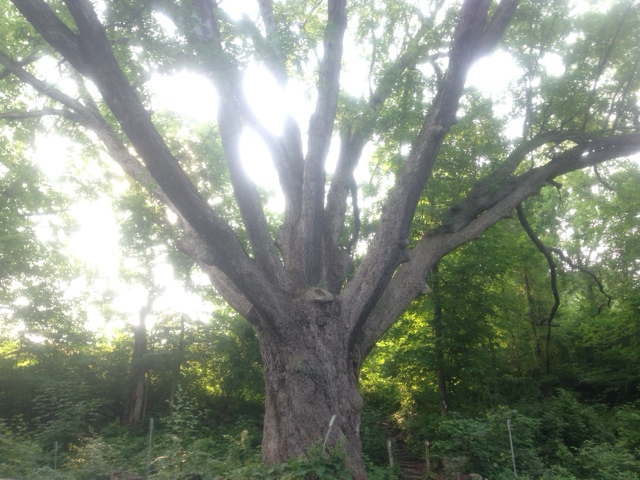 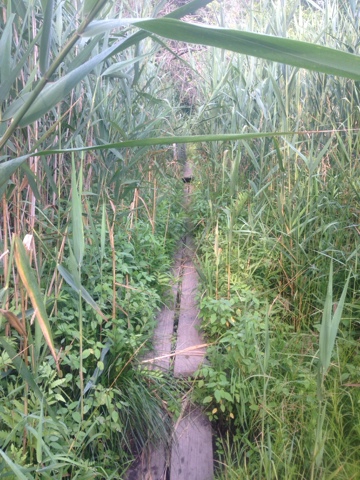 Boardwalk through a jungle of tall grass. Wiped off 10 ticks 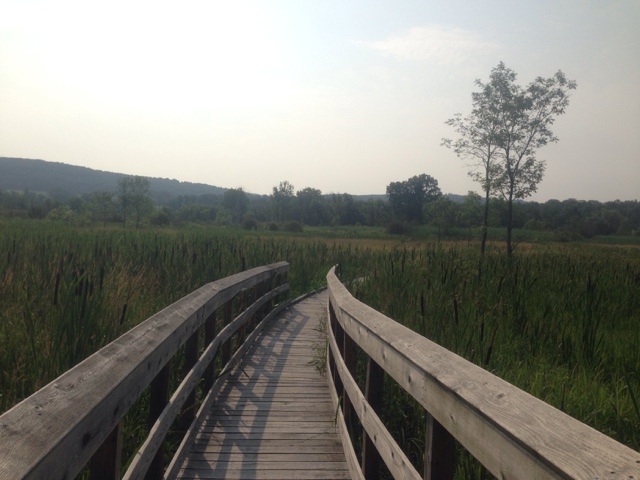 Beautiful boardwalk through the country 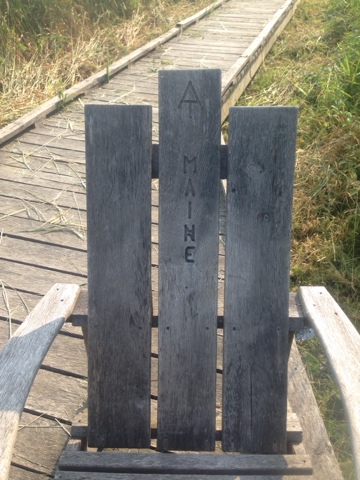 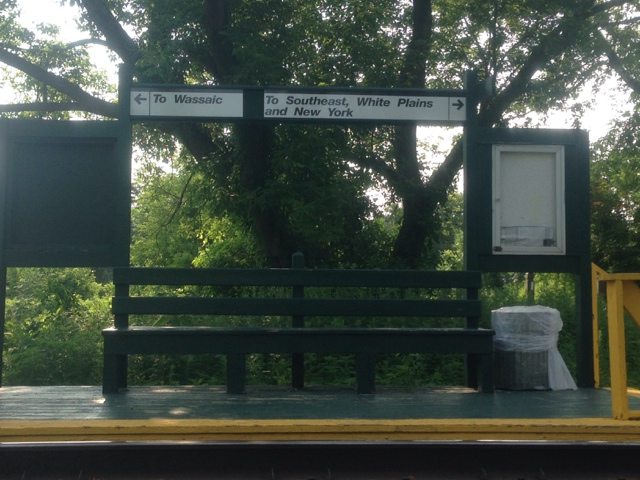 NYC Amtrak train stop on the AT
I've been so excited to see the train stop. I think it's pretty cool that you can take a train to the Appalachian Trail. I wonder how many people actually use this stop every year. If I lived in NYC, I would use it all of the time. 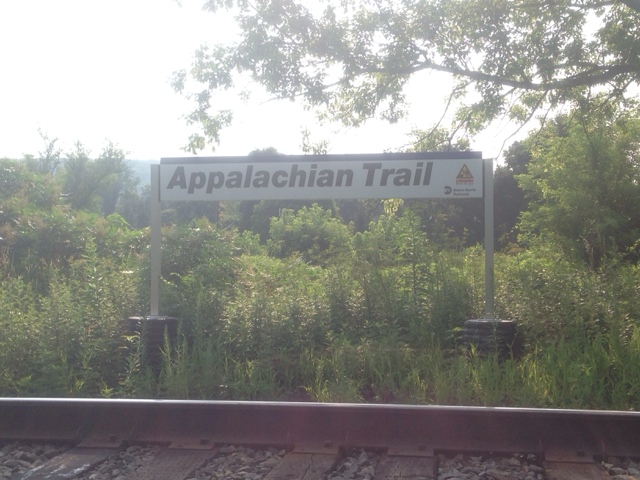 So cool
I arrived at Native Landscapes and Garden Center a few minutes before they opened, but they saw me outside and opened up early for me. I got my maildrop and sat outside in a covered gazebo that was surrounded by flowers and shrubbery. My package was fantastic, it had all of my favorite snack foods, a backpackers dehydrated Pad Thai meal, the return of my puffy jacket, a mosquito head net, an early birthday card from my parents, and my long awaited Sawyer Squeeze water filter. 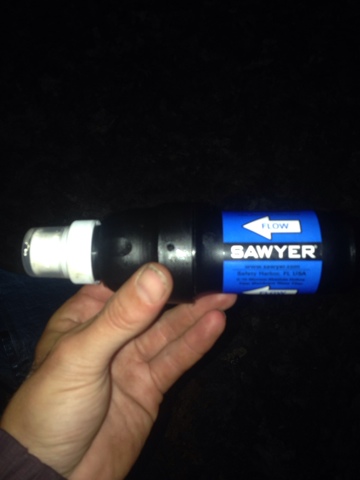 My life just became 1,000,000 times easier
I can't believe I waited so long before switching. The regular Sawyer is 5x faster than the Sawyer mini. I'd like to give a shoutout to, Mike from St. Louis, who so kindly gave me the gift card I used to purchase it. Thanks, Mike. You have no idea how much this improves my day.
After sorting through my box of goodies I walked .6 miles to Tony's deli. I hadn't planned on stopping there, but the lady at the nursery said I had to check it out. I'm glad I did. I ordered the lumberjack breakfast sandwich, a kaiser roll overflowing with ham, sausage, crispy bacon, hash browns, eggs, and cheddar cheese. It was the size of a toddlers head. Even with my appetite I couldn't finish it. 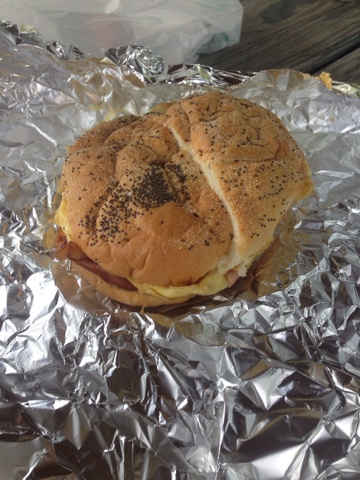 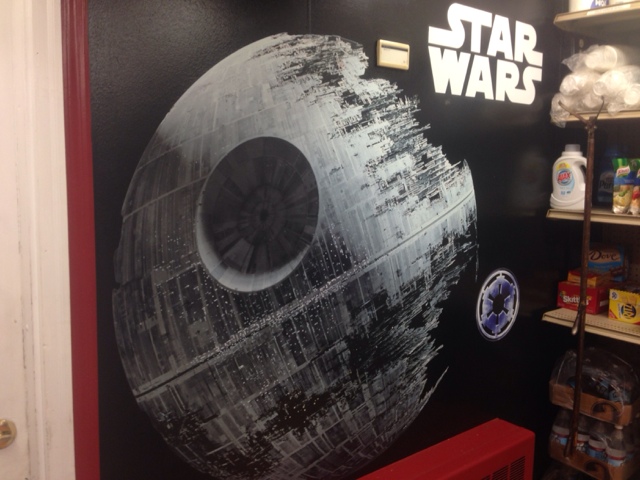 Mural on the wall at the deli
I spent way more time at the nursery than I had originally planned on. I didn't get back on the trail until 11. It was nice to have a leisurely morning, but that meant I had serious miles to make in the heat of the day.
Once I was back on the trail, I had about three miles of walking in and out of the forest cover. I spent spent a good amount of time in meadows and pastures. I was really glad to have my Florida Gator visor back. I have no idea why I sent it home. It was like having a long lost friend by my side again. 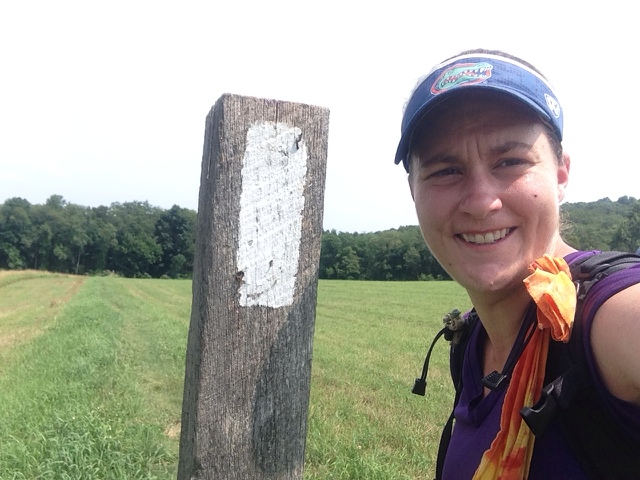 Welcome home friend
My next stop was the Wiley Shelter. I ate a quick snack and collected water. This was the first time I got to use my new filter and it was everything I hoped it would be and more. I was on my way in a matter of minutes. If I had used the Sawyer Mini, I might still be filtering water.
The last few shelters I have camped around or stopped at, all had built in library's. I'm surprised by how many hikers carry books with them. When I have time to read, which is very rare, I use the Kindle app on my phone. 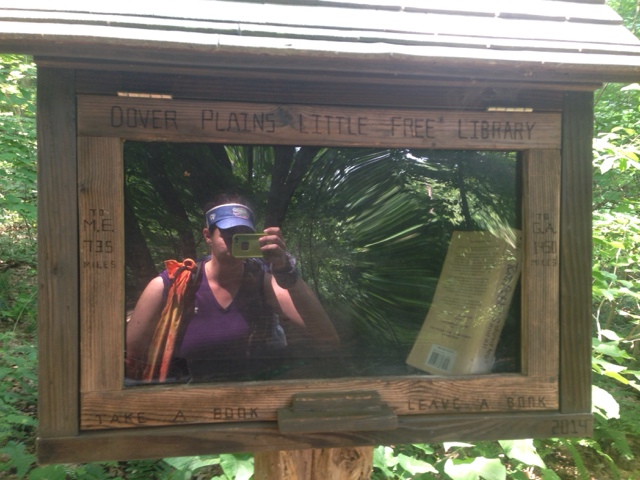 Hiker's library
After leaving Wiley shelter I hiked a few more easy miles into Conneticut. I was finally out of New York, it was a temporary reprieve, as the trail would briefly reenter NY a few miles later. 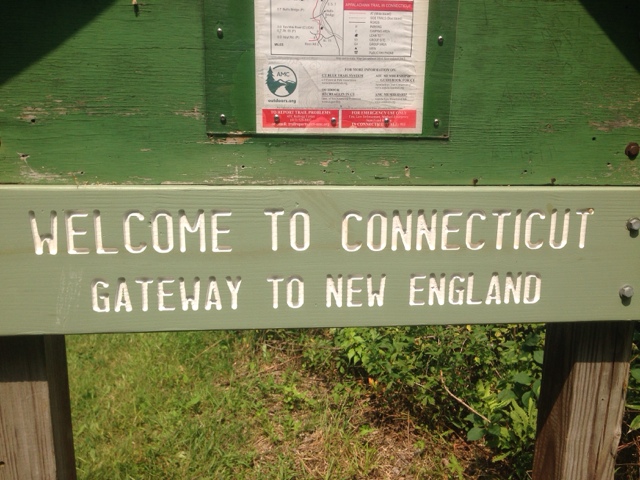 Hello Connecticut
Connecticut is the farthest north I've ever been on the east coast. It is also the tenth state I've been in along my hike. I only have four states left to go. I reentered NY for the hardest part of today's hike, a 1,000 foot climb over Schaghticoke Mountain. I haven't had a climb like this in weeks and it felt good to finally feel like I accomplished something. All of the piddly ups of New York really frustrated me. 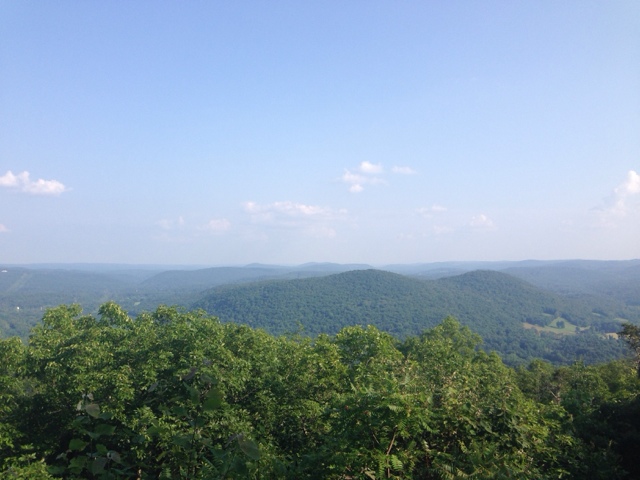 View from Schaghticoke Mountain
Somewhere after this climb I exited New York for the final time. The next 2.5 miles to my campsite seemed to take forever. I was exhausted and the mosquitos were eating me alive. I finally reached the campground a little before seven. I quickly set up camp and filtered a few liters of water. I was too tired to cook dinner, so I settled for pepperoni on a bagel and a bag of Oreos. I spent awhile planning out the next week. I have a few more maildrops arriving and had to figure out where to have then sent. My birthday is one week from Wednesday and I'll finally take a zero day then. I'm aiming for Williamstown, MA, which is over 130 miles away. I can't wait for a zero day!!!
I'm excited to see what Connecticut has in store for me. It will be another short state. I should finish it in 3 days, then it's on to Massachusetts.
"There are plenty of difficult obstacles in your path. Don't allow yourself to become one of them." -Ralph Marston
Posted by Yoda at 8:52 PM