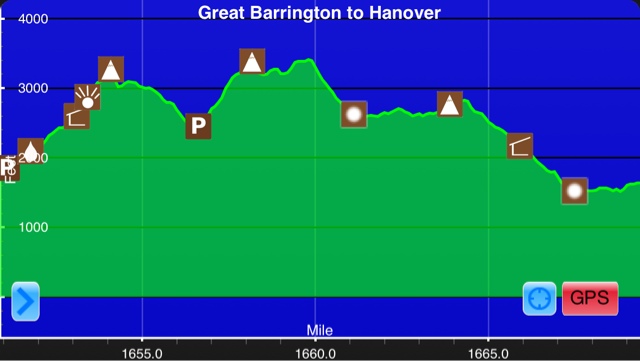 One of the perks of staying at Green Mountain House last night was the breakfast options. Jeff provides eggs, milk, cereal, and pancake mix for hikers to make their own breakfast. I cooked in a proper kitchen for the first time in months. After breakfast a few hikers from yesterday tried to convince me to slack pack with them, but the purist in me turned them down. Jeff dropped me off at the trailhead around 8:00. I was happy to get started at a decent time. Usually when I stay in town it's after 9:00 before I get going.
I began with a 1,400' climb up Bromley Mountain. The first part was a very gradual incline and I was thankful for the warmup. As I passed by the Bromley Shelter, I could hear someone playing a trumpet. The strange things I see and hear out here never cease to amaze me. Whoever it was playing sounded really good. A short distance later I came to a small rock outcropping. I paused to take in the view and could still hear the trumpet music, which was a snappy jazz number. Oddly enough this small thing goes down as one of the highlights of Vermont. 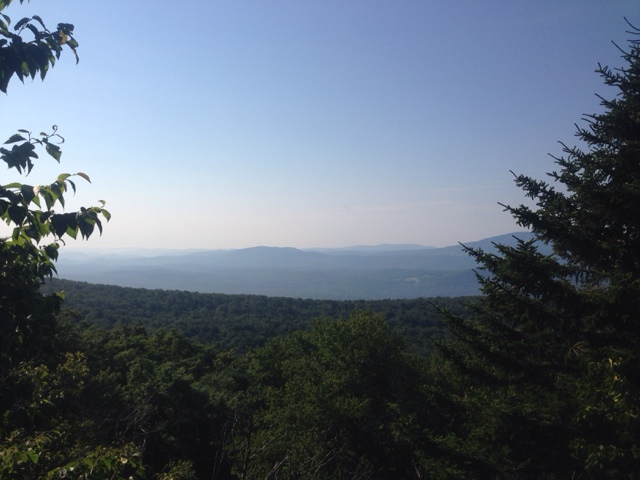 View from the rock outcropping
The climb up Bromley Mountain was three miles long. The last half mile was out of the forest and up a ski slope. It was pretty cool. I've been in the green tunnel for so long that I get super excited anytime the trail ventures out into the open. The summit of Bromley had a big gondola used during ski season and a warming hut for ski patrol. From the summit I had almost a 360 degree view. There were 3 different ski runs leading away from the ski lift area. It was one of the better views I've had in Vermont. 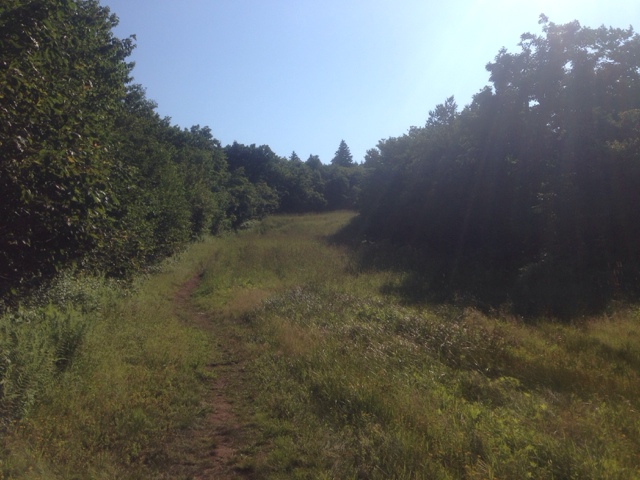 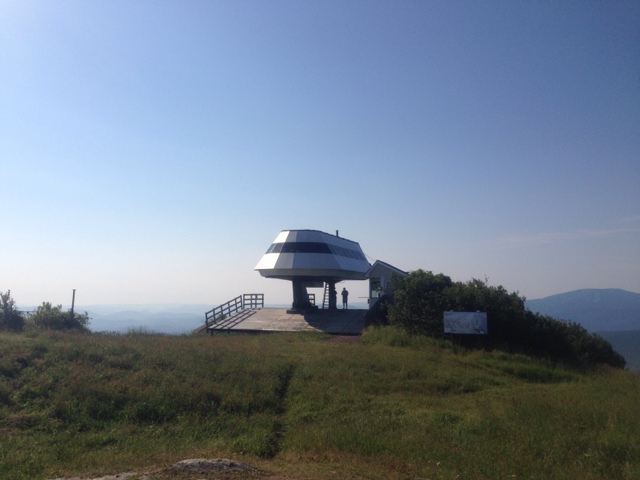 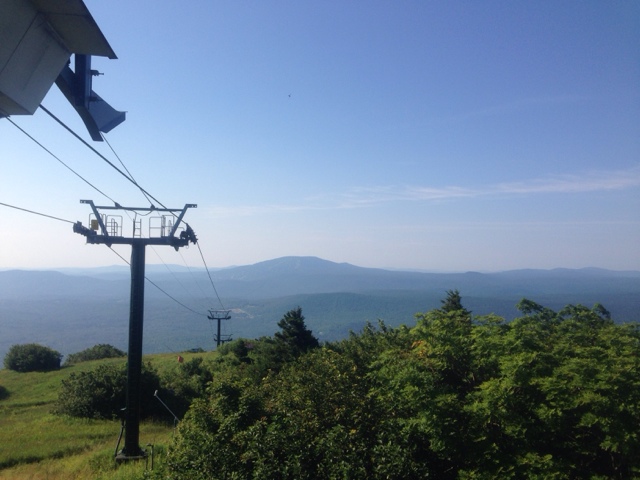 Big mountain above was another ski mountain 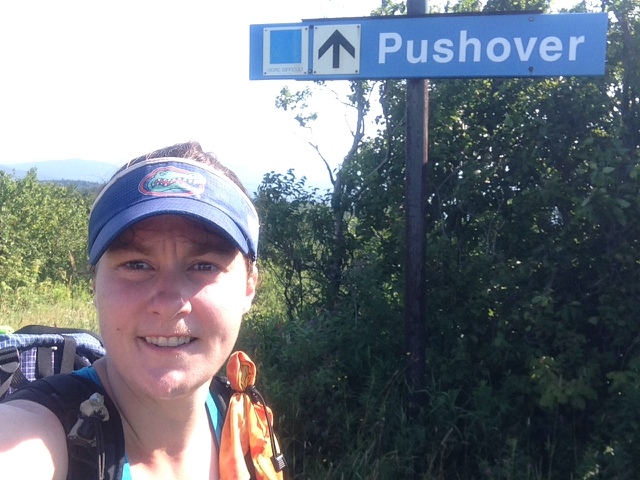 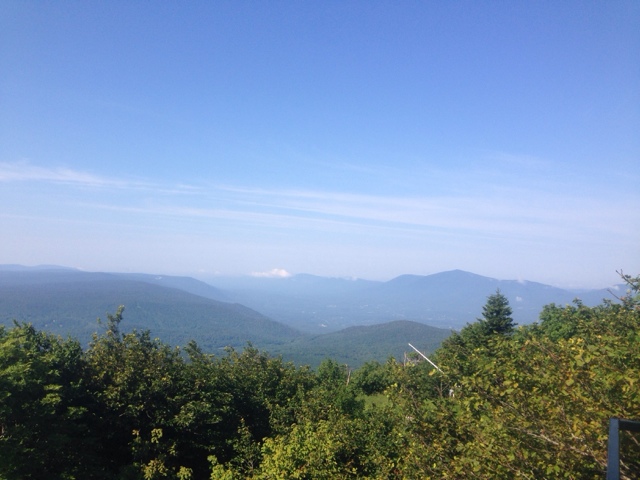 Great view
I could have stayed up there all day. The ski patrol warming hut is used as a shelter in the off season. 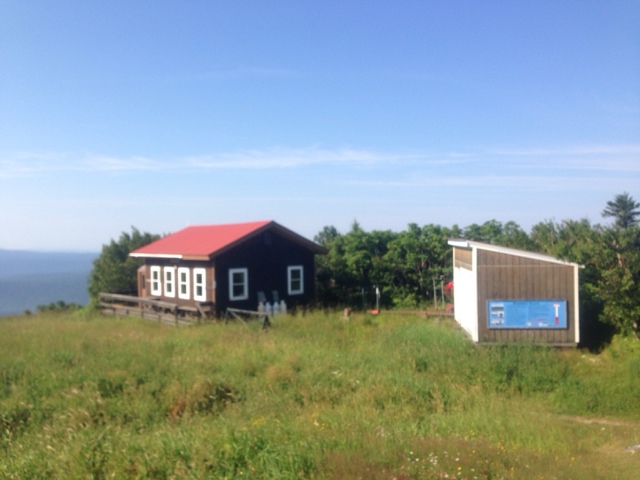 Ski patrol warning hut
Looking across the mountains a plan began to form in my mind. If I could catch up with the slack packers, Kevin and Tim, I could catch a ride back to the hostel and stay another night. With thoughts of grilling steak for dinner and a real bed to sleep in, I picked up the pace. On the way down Bromley mountain I stepped on wet log and fell down face first. Luckily, I wasn't hurt bad. Just bruised my knee and wrist. I dusted myself off and continued on.
From the top of Styles Peak I got enough cell reception to call Jeff and see if he had room for me at the hostel. He was full for the night, but said he would figure it out and I could stay. As long as I could catch up with Kevin and Tim my plan would come together. 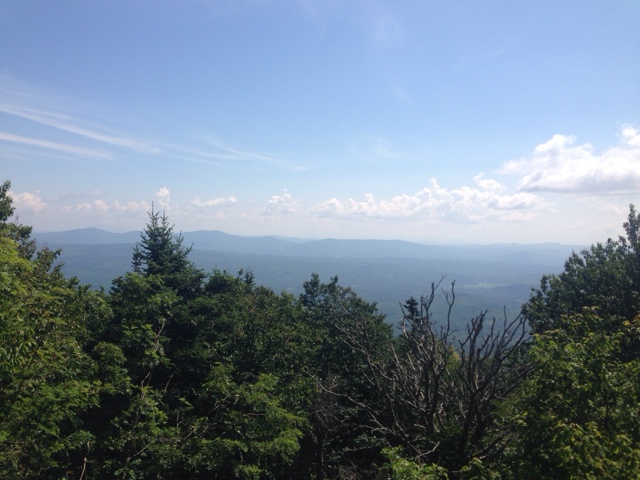 Slight view from Styles Peak
The rest of the hike was lovely. I followed a ridgeline for miles so I was making great time. 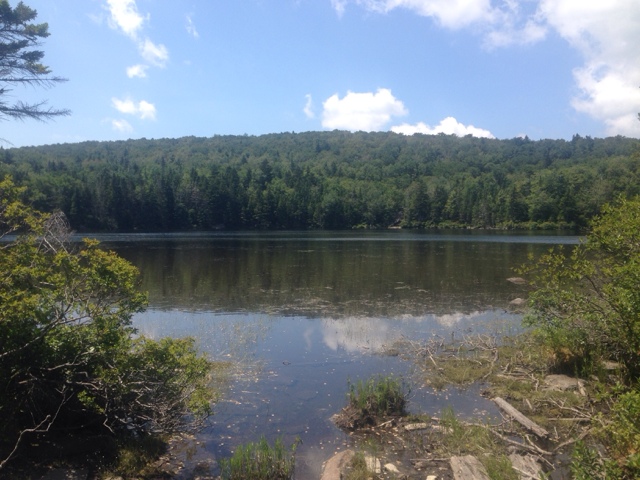 Beaver Pond, still no beaver sightings
I was only three miles from the road that Kevin and Tim were being picked up at. The only problem was, I only had a little over an hour to get there before their ride picked them up. I was pushing as hard as I could when I came to a near vertical rock scramble. 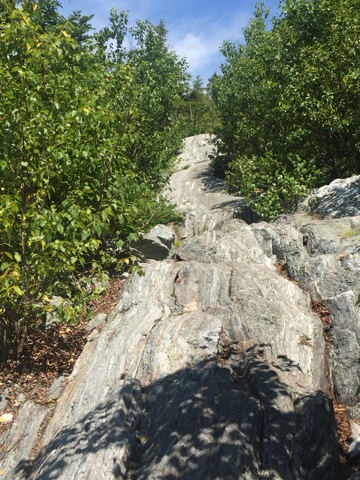 Granite wall
I stowed my trekking poles and scrambled up. It was fun, but slow going. 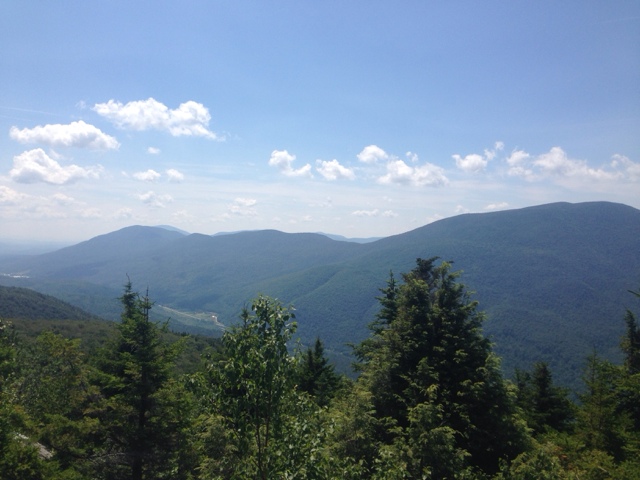 Great view
The next three miles flew by. I was a hiking machine. A quarter of a mile from the road I finally caught up to the boys. Success!!! The reward was another round of laundry and a shower. We stopped at the grocery store on the way back to Green Mountain House. I bought .75 lbs of filet mignon. Thanks Kris and Ed for the steaks. 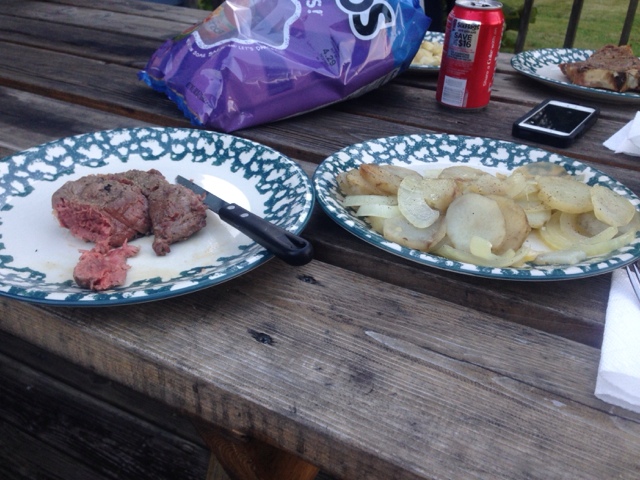 Steak and potatoes
The hostel was very busy when we arrived and I was pleased to see a lot of familiar faces. Old Eagle Scout, McFly, Happy, Walking Home, and Walnut were all there. Old Eagle Scout did my laundry, Kevin and Tim took care of dinner. Life was good. Thanks Dan and Arlene, I used your bday gift to pay for the hostel. We watched a movie and are Ben and Jerey's ice cream. Tomorrow it's back to the wilderness! 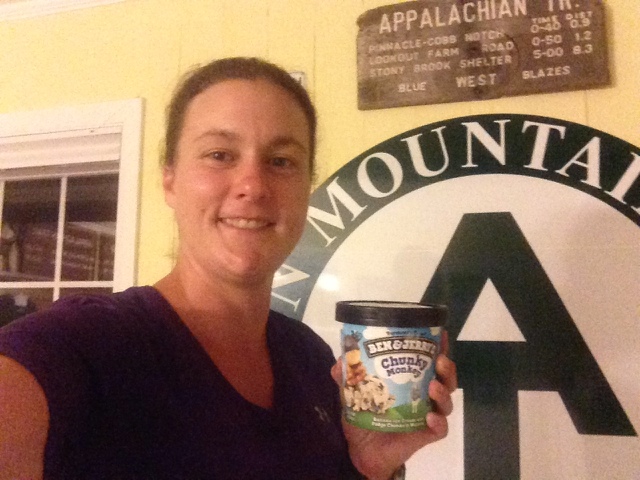 Chunky Monkey
"When a thing beckons you to explore it without telling you why or how, this is not a red herring; it’s a map." -Gina Greenlee
Posted by Yoda at 7:09 AM