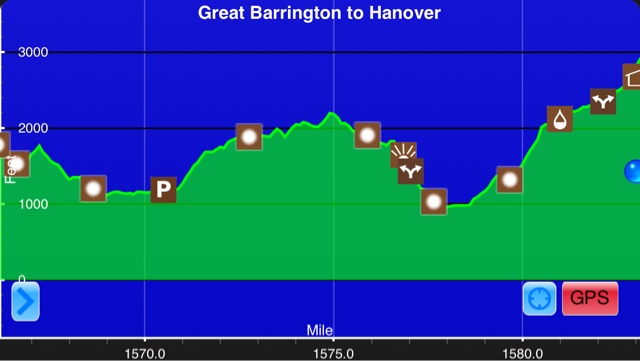 I survived the storm last night. It wasn't nearly as bad as the forcast predicted. Although, I talked with a few SOBO's who said that it was pretty gnarly where they were at. I finished writing my blog early and was looking forward to getting to sleep earlier than I usually do. Unfortunately, the guy camped 7 feet from my hammock was up late making phone calls, therefore I was up late listening to him on the phone. The people at the shelter last night were all much older than me. They were out of camp before I even got out of my hammock. Usuall,y I am one of the first people out of camp in the morning. It was weird packing up by myself, but it was nice not having to be quiet.
Today was a strange day because I passed right through two towns. I was able to get breakfast, lunch, and dinner. The first town I went through, Dalton, was only three miles away. The trail went downhill almost the entire three miles. When it wasn't going steeply downhill, it was super sloppy. I caught up to, Shortbus, within the first mile. We hiked into town together. He is a very pleasant guy from South Carolina. He got his trail name because he used to teach special needs children. We hit up a coffee shop on the trail through town for breakfast. I skipped my usual iced latte in favor of homemade lemonade. It was delicious, but didn't sit well with me as I hiked on. I think I was probably a little dehydrated because I felt like crap most of the morning. I couldn't even finish my breakfast sandwich, so I took half of it with me for later. The trail out of town wasn't marked very well and I got turned around a little. Eventually, I found my way. 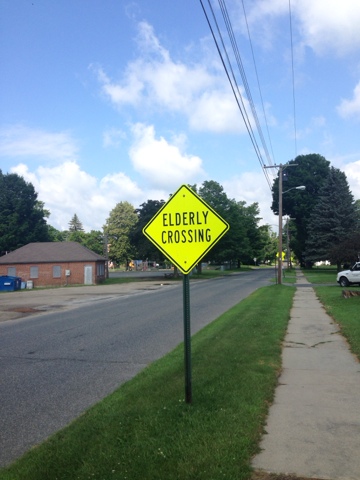 Never seen this kind of sign before
After leaving Dalton, the trail wandered through the woods for a little while. The trail was very muddy again so it was slow going. 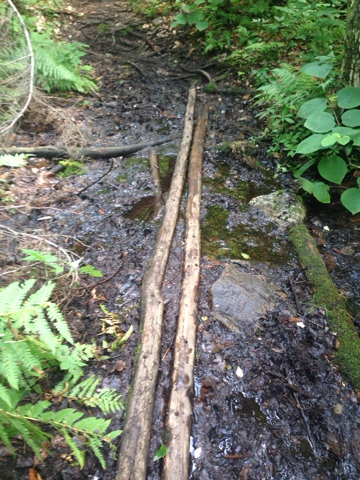 Getting used to the mud
I managed to keep my feet dry, which was pretty miraculous, in my opinion.
As I went up and down over varying degrees of muddy trail, I started getting bored. There wasn't much to look at. I was thrilled to come across another beaver dam. I was hoping I would get to see a beaver, but there were none home. 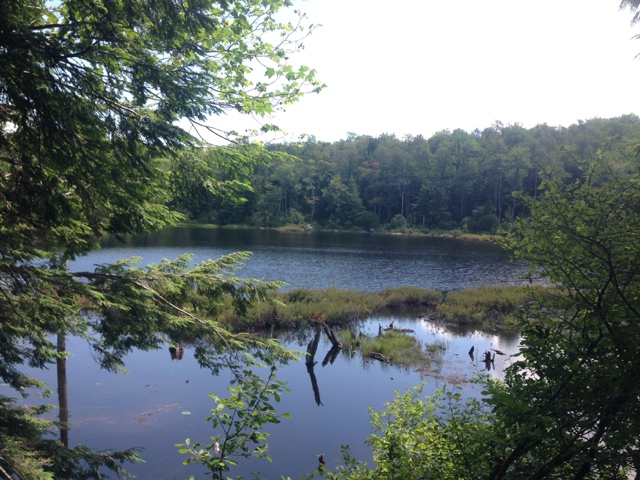 Beaver Pond
From the beaver pond I only had two miles to hike before I made it to, The Cobbles, a granite ledge with a fantastic view of Mt. Greylock. I still wasn't feeling very good, so I sat down for a little while and drank as much water as I could. I immediately felt better and continued on. The Cobbles were amazing. I had a great view of Mt. Greylock, Hoosic River Valley, and the town if Cheshire.

View from The Cobbles
I took off my socks and shoes to let my feet dry and finished my breakfast sandwich. While I was up there, Captain Planet, Flask, No One, and another hiker came along. I've been seeing their names in the shelter logs for a few weeks now, so it was nice to finally meet them. The other hiker, whose name I can't remember, is hiking the Great Eastern Continental Divide trail. It starts in Miami and ends in Canada. He has been hiking since December 31. I can't fathom hiking that trail. It includes the Florida trail, which in my opinion, is pure misery.
After leaving, The Cobbles, the trail went through Cheshire, MA. It was a neat small town. I stopped at an ice cream store to get a milkshake and a sandwich. The sandwich, I decided to pack out for dinner, which turned out to be a fantastic decision. By the time I got to camp I was exhausted and didn't feel like cooking anything. 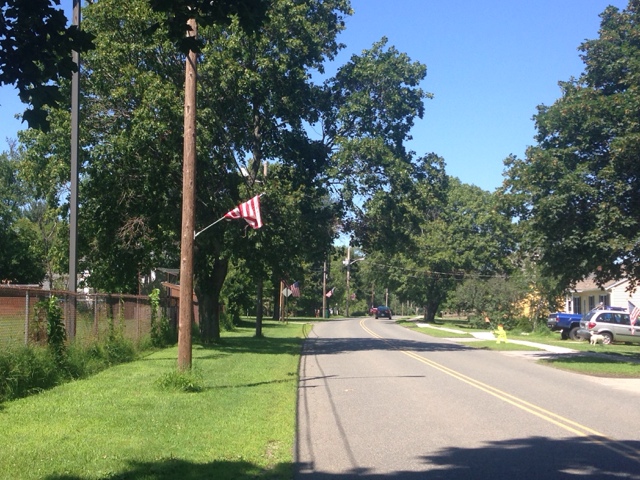 Street lined with American flags
On the way out of town I crossed through a corn field. It made me feel like I was in a horror movie. 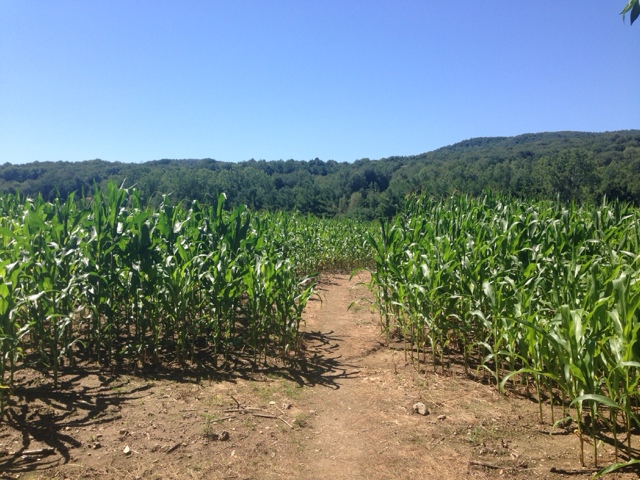 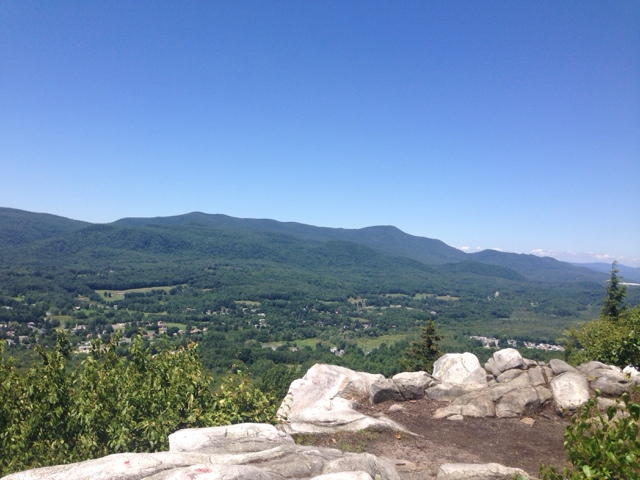 Hump of the whale visible if you use your imagination
I have a very ambitious plan for tomorrow morning. I think it will make Airlock proud! If everything goes according to plan, you'll hear about it tomorrow night.
"Laughter and tears are both responses to frustration and exhaustion. I myself prefer to laugh, since there is less cleaning up to do afterward." -Kurt Vonnegut
Posted by Yoda at 6:58 PM