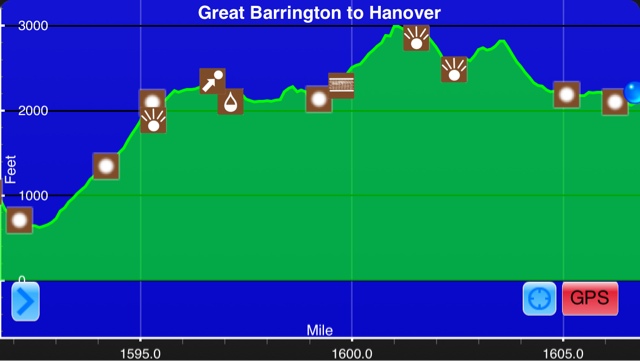 I had planned on going to bed early last night, but things never turn out the way I plan. I stayed up way to late watching a movie on my iphone. When my 7 am alarm went off, I wasn't a happy camper. I didn't bother unpacking my bag yesterday, so all I had to do was eat breakfast before I got back on the trail. I went to the motels continental breakfast, which was exactly the same as two mornings ago. Since I'm tired of eating nothing but sweets for breakfast, I skipped the pastries and cinnamon rolls. I filled up on fruit and coffee instead, but the fruit didn't hold me over for very long. The owner of the motel had agreed to return me to the trailhead, but I had to wait for his daughter-in-law to get there. I don't like being held to someone else's schedule, but I didn't have a better option.
He returned me to the trail at 9:30. The first few miles were pretty tough. After taking two days off I thought I would have been well rested and ready to hike, but instead I felt sluggish all day. My feet and knees didn't feel so hot either. I'm not sure why my body feels extra beat up after zero days.
For the first hour and a half all I did was go uphill. Most of it was very gradual, but the last section was steep and over a lot of rocks. I have learned to accept that rocks are going to be a part of the trail until the end. I have found serenity in learning to accept the things I can not change(I watched a movie yesterday that featured an A.A. Meeting).
I was glad that I had planned a short day today. I took frequent breaks all day long and didn't have to kill myself to keep up a fast pace. After only four miles, I finished up Massachusetts and started into Vermont. 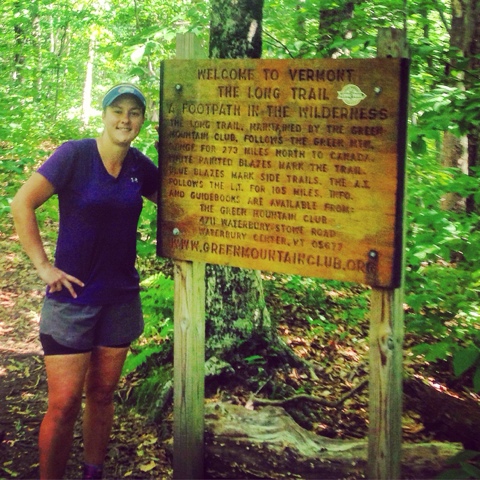 Welcome to Vermont
For the next 105.2 miles, the AT coincides with The Long Trail(LT).  The LT is the oldest long distance trail in the US. It runs the entire length of Vermont and into Canada, over 270 miles. Since the AT and LT are both so popular and coincide this section gets a lot of use. Because so many people use it each season, the trail stays extremely muddy. Most thru-hikers refer to Vermont, as Vermud. After hiking ten miles of Vermont today, I have to agree. Vermud is muddy! 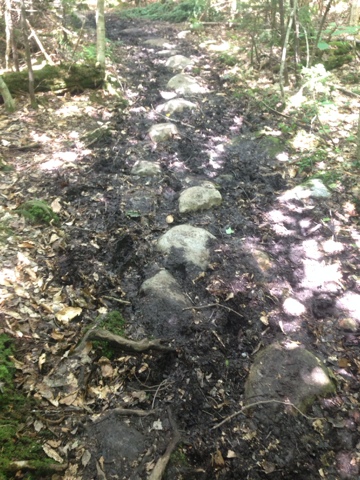 Miles upon miles of this
This wasn't even the worst of it. I can't wait to see what's in store for me tomorrow, since it's been raining for the last two hours.
I took a long lunch break at the Seth Warner Shelter. I packed in a Subway sandwich for lunch and all the other hikers were very jealous. The shelter was the place to be for lunch today. I met a bunch of new people there. Stretch, Smiles, The Fonz, and Meat Stick were all excited to meet me. Apparently, I have been two days a head of them for months and they had finally caught me. I know what that's like, I had the same reaction when I finally met Flapjack and Tunes. Ukelady and Chamelon were also at the shelter. I had met them for the first time earlier in the day. McFly, decided to eat his lunch there as well. I hadn't seen him for a few weeks so it was nice to be able to catch up. It was strange for so many hikers to walk .2 off the trail to eat lunch, but I think everyone was taking it easy today. 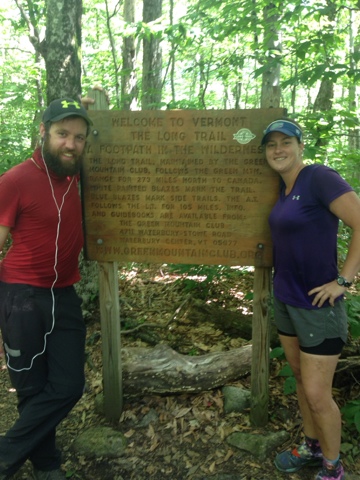 McFly and I at the Vermont sign earlier in the day
After lunch I only had half a mile to hike before I hit the 1,600 Mile point. Once again, there was no marker there so I got to do it. I think this was my best one yet. 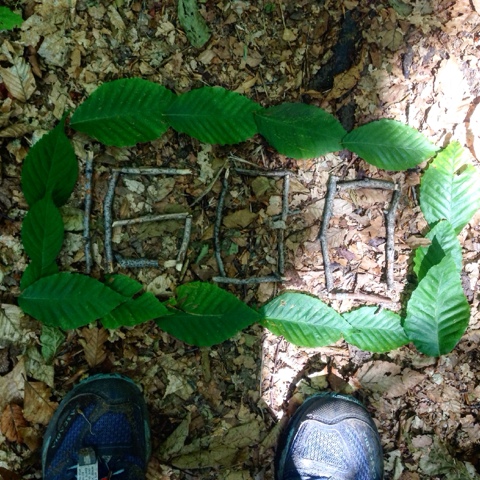 1,600 miles
Later in the afternoon a bunch of hikers told me how nice it was to see a mile marker again. The last one they saw was 1,000. I told them they need to start hiking with me, since I always make one.
On my next break a fairly large bubble passed me by. I was excited to see a familiar face in the crowd, Jester. I haven't seen him since Duncannon. I wish our paths would cross more often, but we seem to be on different schedules. He is slack packing the entire state of Vermont, so I doubt I will see him again. I hiked with him and Duck for the next three miles. They were really moving and since I was dragging all day, it was hard for me to keep up. Eventually, I had to stop to filter water and they pushed on. 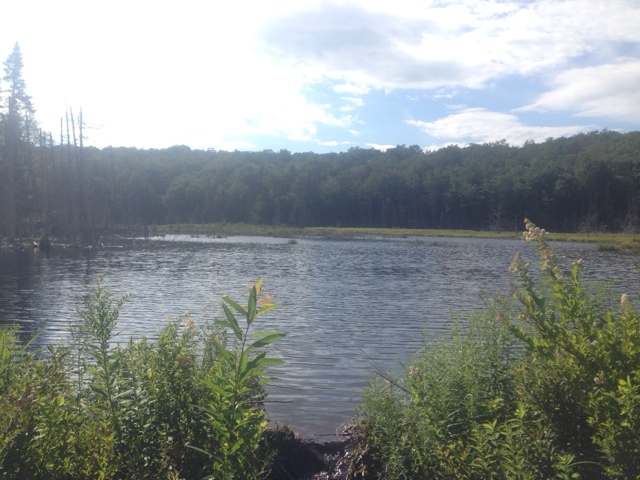 Beaver Pond, but still no beaver sightings
Mcfly and I hiked the final two miles together. He is a nice guy and I really enjoy his company. Once again, the shelter was packed. Jester and his crew were taking a short break before pushing on and Stretch, Smiles, Meatstick, Fiddler, Chamelon, and Ukelady are all here as well. Smiles got an excellent fire started and everyone sat around the fire ring while they cooked dinner. I had a backpackers dehydrated meal that my parents bought me for my bday. I love the dehydrated meals. At the end of a long day it's much easier to boil water and add it to a bag as opposed to cooking my own dinner. Thanks Mom and Dad! 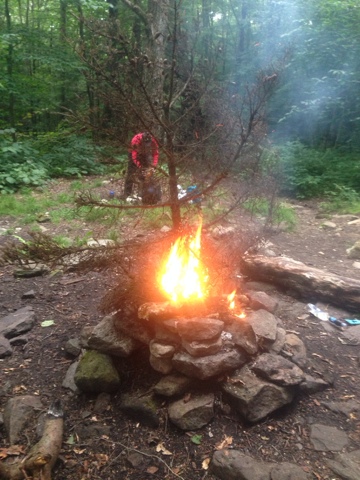 Sweet Fire
Tomorrow will hopefully be another short day. I have more friends meeting me in the morning and there is a planned trail magic BBQ too. It should be a great morning!
"Things never go the way you expect them to. That's both the joy and frustration in life. I'm finding as I get older that I don't mind, though. It's the surprises that tickle me the most, the things you don't see coming." -Michael Stuhlbarg
Posted by Yoda at 7:45 PM