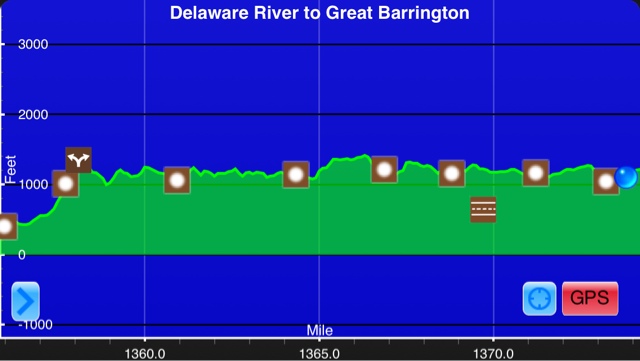 I miss New Jersey already. It was such a fantastic state to hike in. The people I met, were incredibly nice and very supportive. The hostel at St. Thomas Episcopal Church was a great place to stay and relax. Lil Freebird and I are slowing down our mileage this week so we decided to sleep in this morning. I didn't get up until after seven. It was a nice treat. Even better though was the text message I received from my dad, Hannabal. He discovered that there was a dunkin donuts located right next to the hostel. He sent me a message saying he would like to buy us breakfast. Score!!! 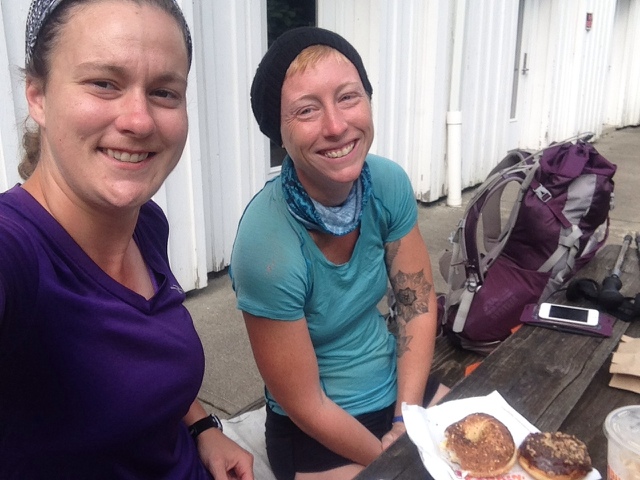 Thanks Dad!!!!
After gorging on DD, I had a donut, bacon, egg, and cheese bagel, and an iced latte so big that it was probably illegal in NY, it was time to get back to the trail. The only problem was that it was a 2.4 mile walk to get there. As we tried to figure out how to make that happen one of the church parishioners, Elaine,  stopped by to check on us. It turned out that she has a son hiking the AT right now, so she is in tune to helping thru-hikers. She offered us a ride back to the trail. Thanks, Elaine.
We finally began our hike around 9:30. It was very humid out today, which normally doesn't bother me, but with a belly full of iced latte and a full food bag, it was a tough start. The trail started off on a section called, Stairway to Heaven. I have learned that when the trail has cleaver little names for sections, it usually sucks. This was definitely one of those times. We gained close to 1,000 feet of elevation by climbing up stone steps. I think there was only one switchback. By the time we finished I was soaking wet from the sweat. You know it's humid when your arms sweat. 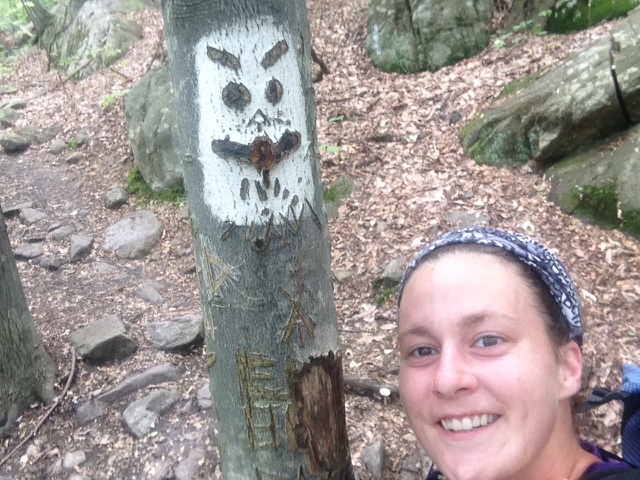 Awesome blaze in the middle of the climb
The hike into New York looked like it would be easy, but it kicked my butt. I'm not sure if I was just having an off day or it was my ridiculously heavy food bag, but I really struggled. We had a lot of small ups and downs that just took the wind out of my sails. We also spent the day hiking while being swarmed by mosquitos. Just when I started to get really frustrated, we finally hit the New Jersey/New York border. 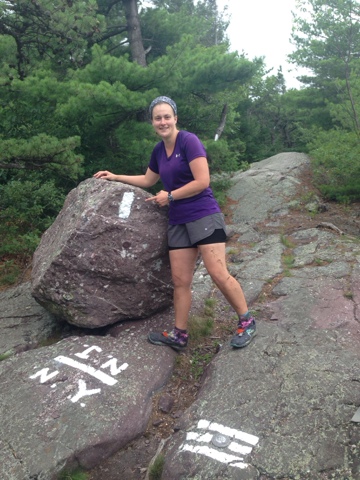 Goodbye Jersey, it's been real
We had planned on stopping a little further down the trail for lunch, but this seemed like a good place to stop instead.
The next part of the day looked really easy on the profile map, but the AWOL guide had a warning about it. "Despite the unimposing profile, rocks, abrupt ups and downs make this section challenging." Thanks for the warning AWOL, you were spot on. We spent the next three hours struggling with the terrain. There was a ladder bolted into place to help us up a vertical rock wall. 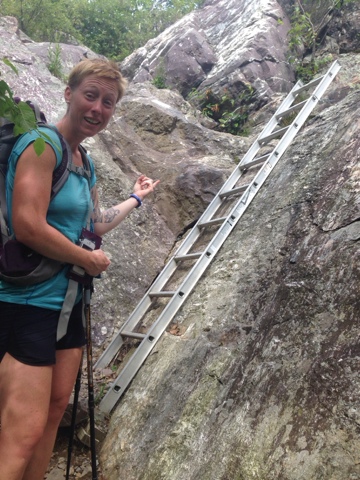 This was actually fun
After struggling all day, Lil Freebird and I, both enjoyed this section. Portions were more like rock climbing than hiking. It was an extreme workout and challenge. We climbed up and down huge slabs of rock for hours. 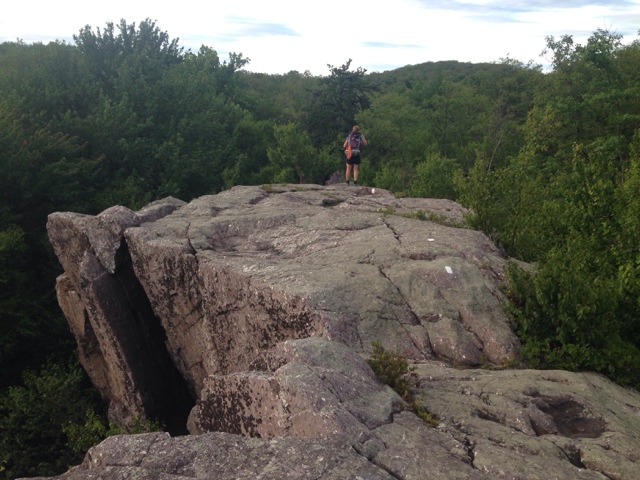 Example of what we climbed up 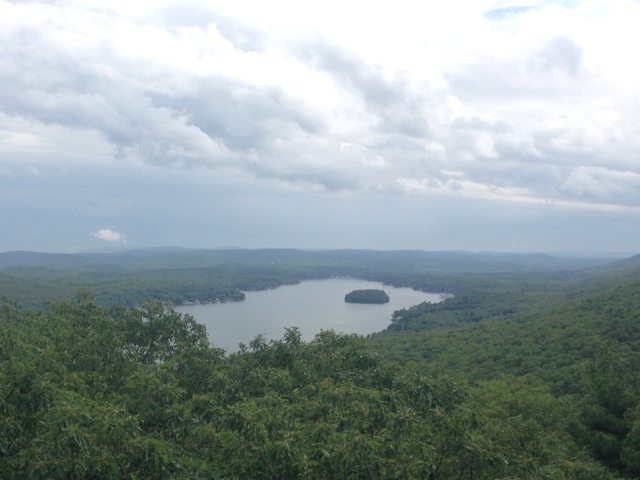 Great views from the top 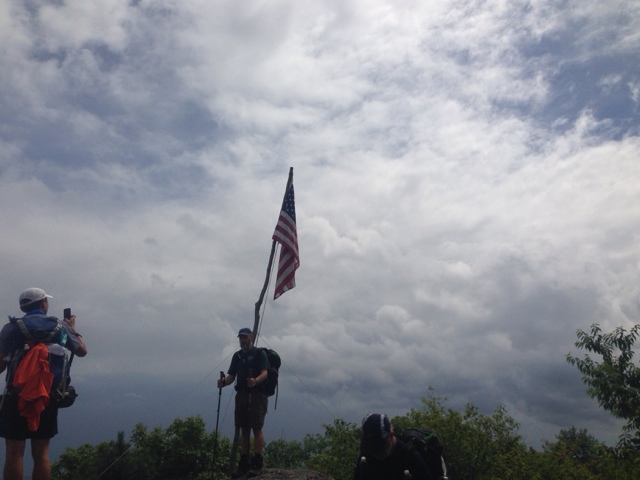 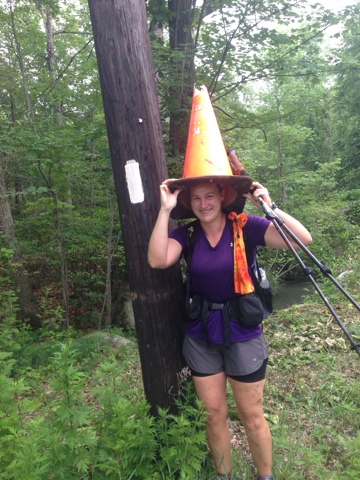 Taking time to have fun
From Prospect Rock you can supposedly see the NYC skyline, I think it must be visable during the winter. The forest canopy blocked any view of it for us. From here we practically raced along the trail to get to Bellvale, NY. There was a road that led to an amazing ice cream shop. It was built up as the best ice cream on the trail. It did not disappoint. 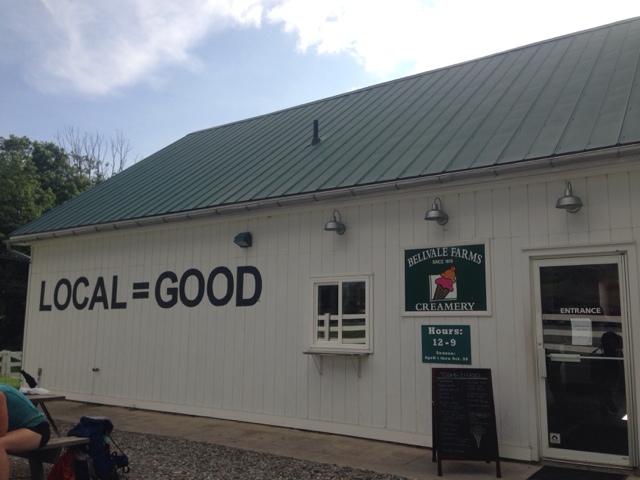 Bellvale Farms homemade Ice cream
I went with a scoop of coffee flavor and one scoop of calf tracks, vanilla with peanut butter swirl and peanut butter cups. I then added fresh banana, whipped cream, nuts, and a cherry. It was heavenly, but I was still hungry. After much thought I decided on getting a cone of strawberry balsamic. It was even better. 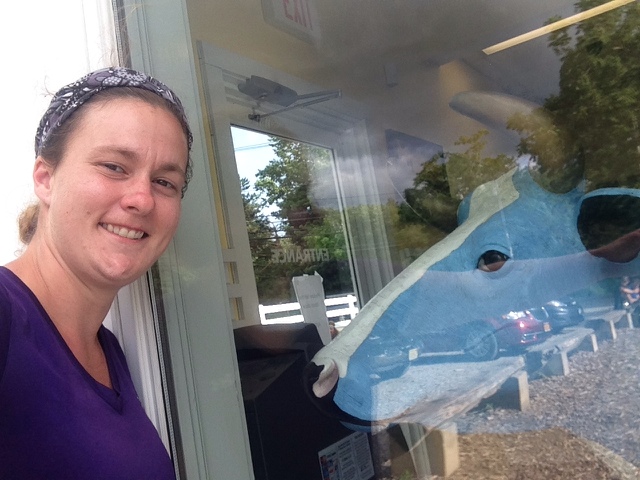 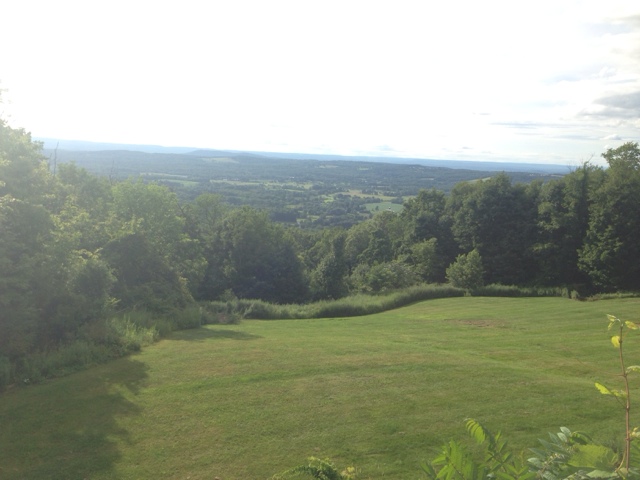 View into Warwick, NY
After filling up on sugary goodness, it was time to hike the final three miles into camp. Once again the terrain looked easy, but it was more rock scrambles. The novelty from earlier in the day quickly faded. I was ecstatic to finally reach the shelter. I quickly setup my hammock and tarp and climbed inside. The mosquitos were atrocious again. I took a wet wipe bath to get off the dirt and deet. We are in prime tick country, so it's important to check for ticks every night now. I treated my clothing with permethrin before I started, but I'm still careful. Lyme disease takes a lot of hikers off the trail every year and I don't want to worry about it.
Tomorrow there will be lakes and showers again, weather permitting. I'm enjoying this "slower" pace, but I'm not sure we really slowed down. The terrain is just getting more difficult again. Hopefully NY will behave itself tomorrow.
"The results of a new study are out this week saying that New Jersey is one of the most livable states in the country. The study has a margin of error of 100 percent." -Conan O'Brien
"How does the Meadow flower its bloom unfold? Because the lovely little flower is free down to its root, and in that freedom bold." -William Wordsworth
Posted by Yoda at 8:45 PM