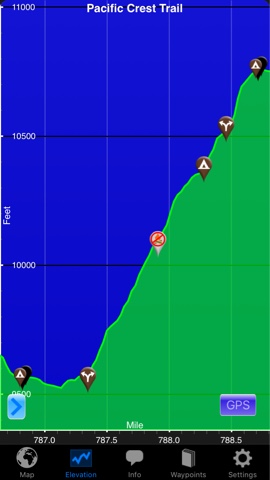 After having two tough days in a row I was looking forward to sleeping in a little bit and going into town to resupply. Going into town was more difficult, like everything else in the Sierra, because there is no easy access from the backcountry. To get to town we had to take a side trail up and over Kearsarge Pass. The side trail was seven and a half miles long and the closest town, Independence, was fourteen miles away from there. Zuul, Sprinkles, Homegrown, Outro, and I had breakfast and coffee with the trail angels before heading out. Outro ended up leaving before us and we wouldn't see her again until much later in the day. Zuul, H&S, and I stuck together for the hike into town. We stayed on the pct for two miles before it was time to split off and take the Kearsarge Pass trail. The two miles of pct were straight uphill. My legs were sore and tired from Whitney and Forester. It seemed like it was taking forever to hike those miles. 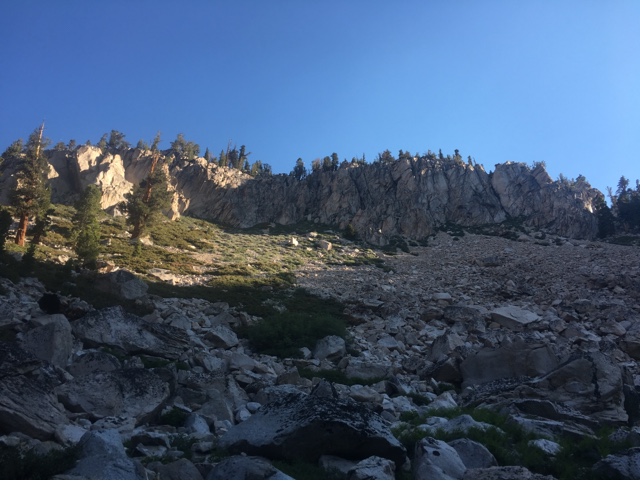 Trail out of camp 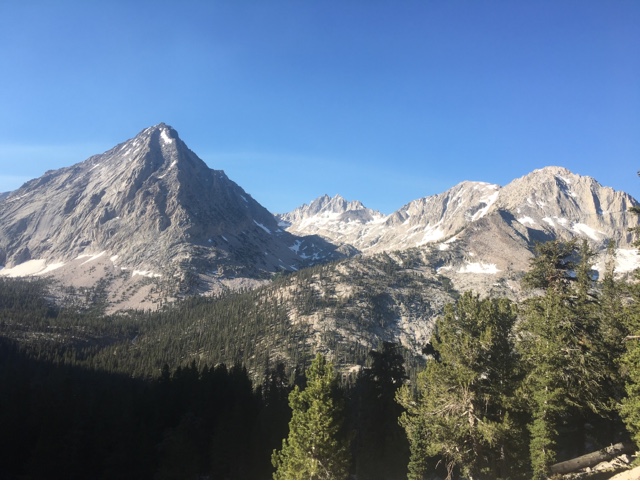 Tough but beautiful climb
We took way too many breaks early on. Kings Canyon is just to pretty to speed hike through. I think instead of hiking we are sauntering. I expected the hike into Kearsarge to be an easy seven and a half miles, but I was totally mistaken. Climbing over Kearsarge Pass was no joke. It was very steep and demanding, but the view was spectacular. 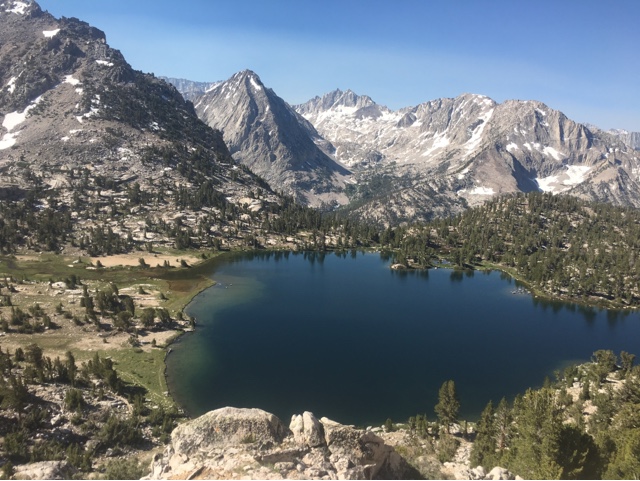 These fantastic lakes are everywhere

Taking in the scenery 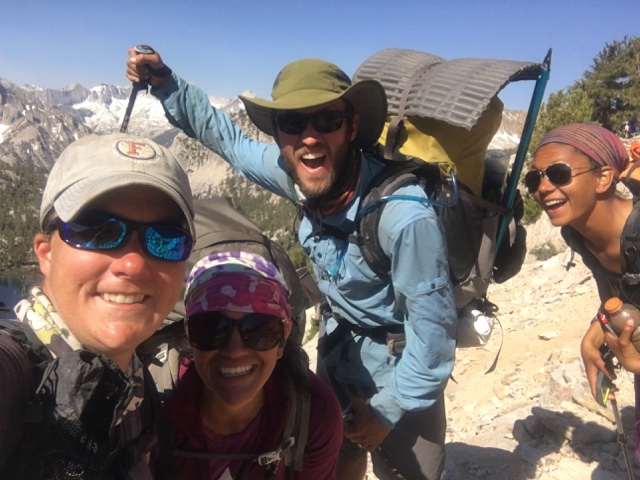 Reveling in the moment 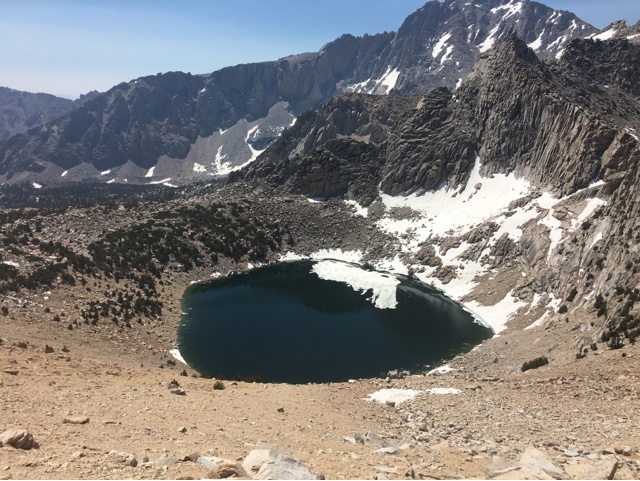 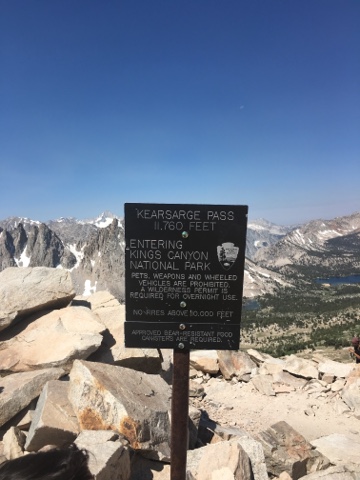 The rest of the hike seemed to take forever. The farther we descended into the valley the hotter it became. We passed a lot of day hikers who were headed up. We were hoping to see more people heading down so we could yogi a ride into town. I swear that the hike down Kearsarge was ten miles long, but in reality it was probably only three miles. The closer we got to the trailhead parking lot the more people we encountered. Everyone felt pretty confident about getting a quick hitch into town. 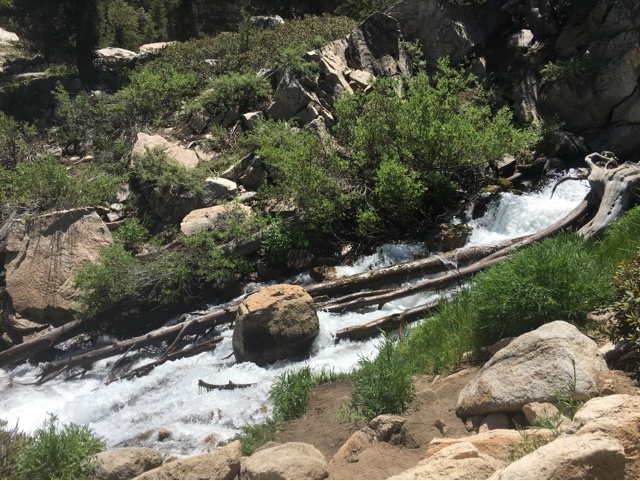 Snow melt
Once we reached the trailhead parking area we didn't even have the opportunity to hitch. Zuul had met a trail angel while hitching into Lake Isabella. He lives in Independence and spends his free time shuttling hikers into town. He had heard that Zuul was close by and was waiting for her. The ride into town was interesting. It is a long and winding road that leads into the valley. Michael, the trail angel, kept us entertained and fed us snacks on the drive down. 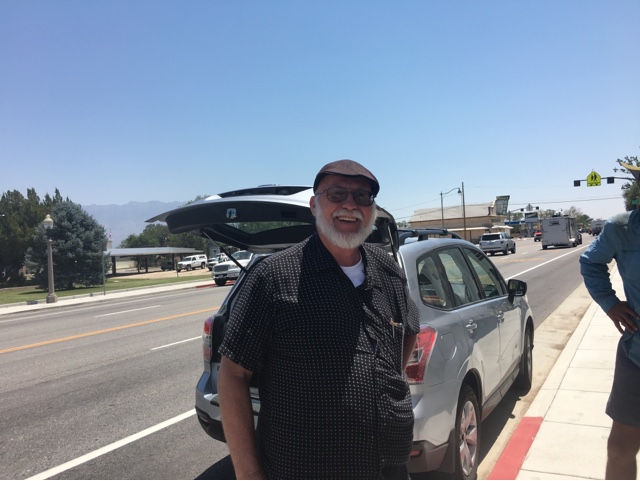 Michael
Michael dropped us off in Independence at the Courthouse Motel. I had a package waiting there for me. Independence is a very small town with not a whole lot to offer. We decided to hitch into Bishop forty four Ike's away. It is still a small town, but has a lot to offer, such as restaurants, outfitters, and affordable lodging. Once again the hitchhiking gods smiled upon us. We were picked up before several other hikers by a trail angel who was following her middle aged daughter along the trail. Snake Charmer has been hiking the trail with the support of her mother, who meets her along the way at road crossings. They were heading into Bishop and had room for all four of us. Outro had already made it into town and had gotten one of the last spots at a hostel. Snake Charmer dropped us off at a McDonalds located in the middle of town. As we enjoyed McFlurries we called most of the hotels and motels in Bishop. We finally decided on the Town House Motel. It was across the street from McDonalds and was the cheapest in town. We didn't have very high expectations, but we were pleasantly surprised. The room was clean and big enough for the four of us. As thru-hikers we don't have very high expectations. As long as there is electricity, running water, beds with clean sheets, and air conditioning we are pretty satisfied. We took turns taking showers before heading off to do laundry and dinner.
Our main dilemma was how to get our laundry done. We wanted to wash all of our clothes, but that would mean we would have to walk to the laundromat naked. Not a very good option. Usually we wear our rain gear while doing laundry, but it was 110 degrees out, too hot to walk around in rain gear. Outro to the rescue. The hostel she was staying at had loaner clothes so she brought us some to wear. Since the laundromat was next to a Mexican restaurant we started our laundry and then went to eat. Dinner was delicious be by the time we finished our laundry was almost done. Homegrown, Sprinkles, and Outro went to the local brewery while Zuul and I finished up the laundry. We were both behind on our blogs so we volunteered to stay behind.
Once the laundry was done we went back to the motel to start writing. We didn't get a whole lot accomplished though. I repackaged my food while she caught up on phone calls. By this time it was getting late and we decided to take advantage of the motels wifi to watch Game of Thrones. Battle of the Bastards was an epic episode and we were both really excited by how this season has played out. Eventually Homegrown and Sprinkles returned from the brewery and we stayed up late hanging out. It was almost one o'clock in the morning before we went to bed. As we drifted off to sleep whispers of a zero day began to take hold.
"The mountains are fountains of men as well as of rivers, of glaciers, of fertile soil. The great poets, philosophers, prophets, able men whose thoughts and deeds have moved the world, have come down from the mountains - mountain dwellers who have grown strong there with the forest trees in Nature's workshops."
- John of the Mountains: The Unpublished Journals of John Muir
Posted by Yoda at 7:30 PM