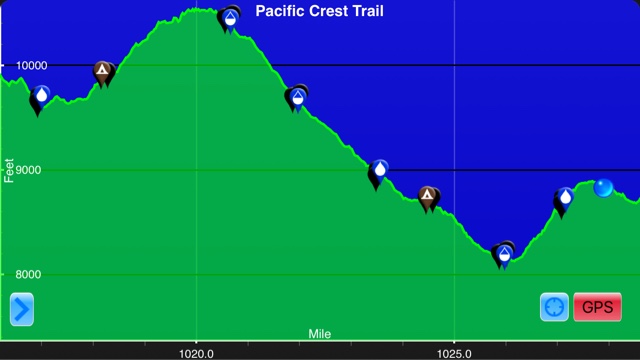 Total up/down: +1968/-2809 feet
I stayed up way too late last night. After dinner, which consisted of a chili cheese burger and fries, I stayed around the camp store chatting with Sonic Boom aka Mailman. By the time I left the store it was dark out and I had no idea where I was supposed to camp. I ended up wandering around for forty-five minutes trying to find the backpackers camping area. I finally gave up around eleven o'clock. I found a patch of woods behind a parking lot. I was going to stealth camp there when I heard voices and saw a red headlamp. I had inadvertently found the backpackers campground. I didn't even bother setting up my tent. I threw down my tyvek, sleeping pad, and sleeping bag. It was the first time I have cowboy camped since starting the Sierra. Luckily, all of the mosquitos had already gone to bed. I slept in until seven o'clock. As I was packing up my stuff, Mailman, asked me to go to breakfast with him, so we walked down to the restaurant together. Breakfast consisted of coffee, biscuits and gravy, three pancakes, and two sausage patties. I love being able to eat as much as I want! 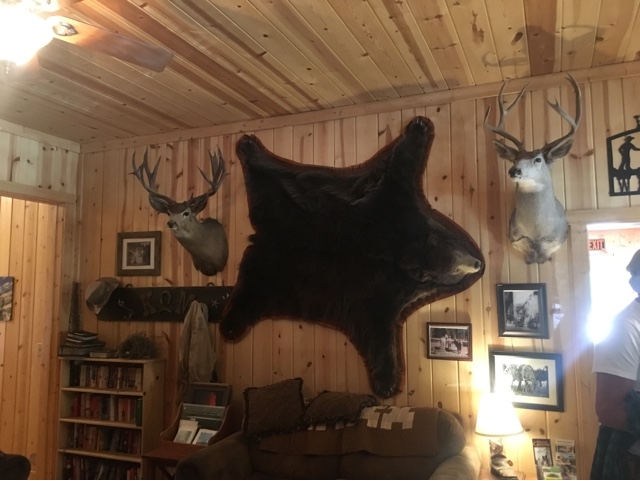 Lobby at N. Kennedy Meadows
I decided to take a shower before heading back to the trail. I think it has been nine days since I showered last. I was pretty ripe. After showering I resorted my food and finished charging my electronics. I was planning on heading back to the trail around noon so I could finish some blog posts and write a few emails. I didn't have service to post any of these, but I knew that I would hit a mountain pass in 36 miles where I would have service. I ended up leaving earlier than planned. Someone offered us a ride back to the trailhead and I couldn't turn it down.
Once back on the trail I crushed out some miles. The first part of the hike was a pretty good uphill climb. I hiked past more lava rock mountains, which was really cool. 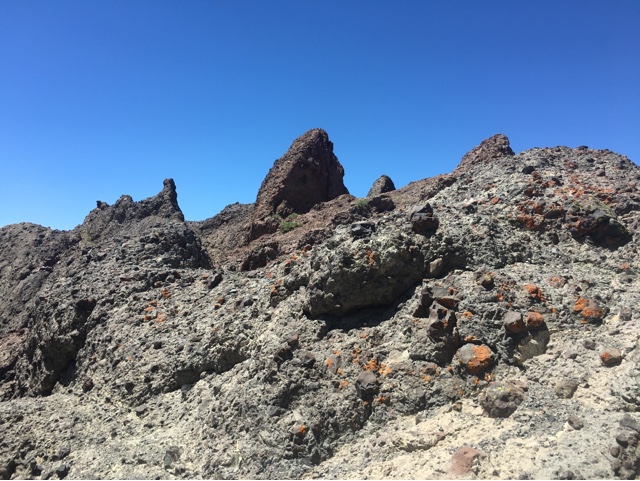 Lava Rock
The majority of today's hike consisted of trying not to kill myself hiking downhill over slippery rocks and a few snow bridges. I almost fell a couple of times, but I managed to stay upright. My streak of not falling down on this trail is still intact!!! 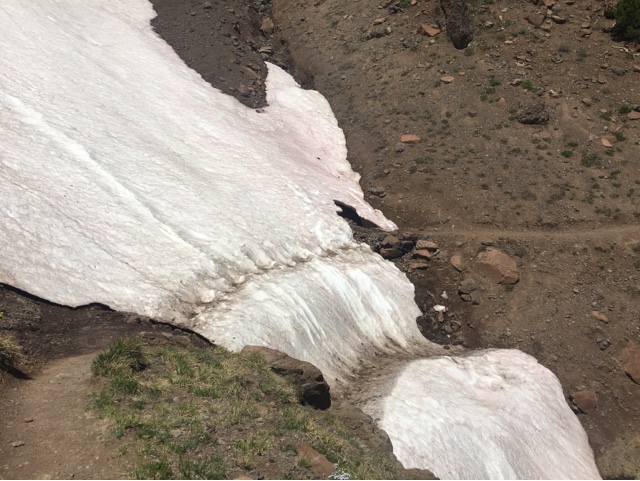 Dangerous snow bridge. I took the higher trail
After the downhill portion of the day I decided to camp early so I could finish writing some blog posts and planning out my next few resupplies. Before I could set up camp I had one more mountain to conquer and it was a steep climb. On the way up the mountain I passed by a really cool flower. I'm not sure what it is called, but I haven't seen it since the desert portion of the hike. 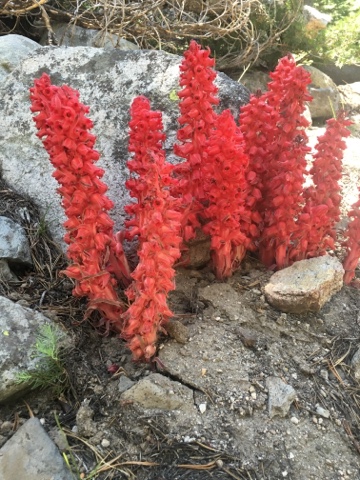 Anyone know what this is called?
I made it into camp at four o'clock. I think that is the earliest I've made camp since my first day on the trail. I was able to accomplish everything that needed to be done. I sewed up a hole in my sock, finished two blog posts, and planned out my resupply strategy for the next 150 miles. It was a very successful day.
"Thousands of candles can be lighted from a single candle, and the life of the candle will not be shortened. Happiness never decreases by being shared."        -Buddha
Posted by Yoda at 3:57 PM