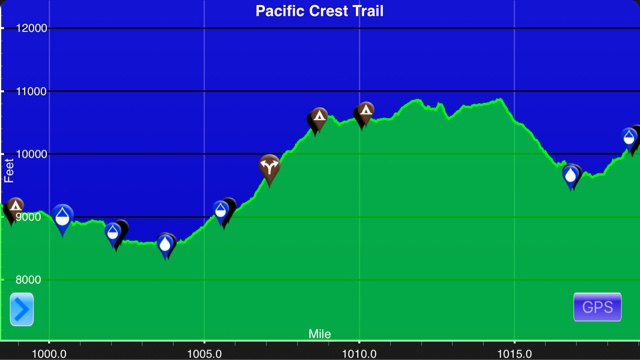 One thousand miles down!!! Today was one of my favorite days on The Pacific Crest Trail. Not only did I reach a giant milestone, but I had an amazingly, awesome, epic ridgewalk. I crossed the one thousand mile mark first thing this morning. I was walking through another swarm of mosquitos and almost missed it. I took my time savoring the moment. I was by myself so it was hard to get good pictures of me with the mile marker. 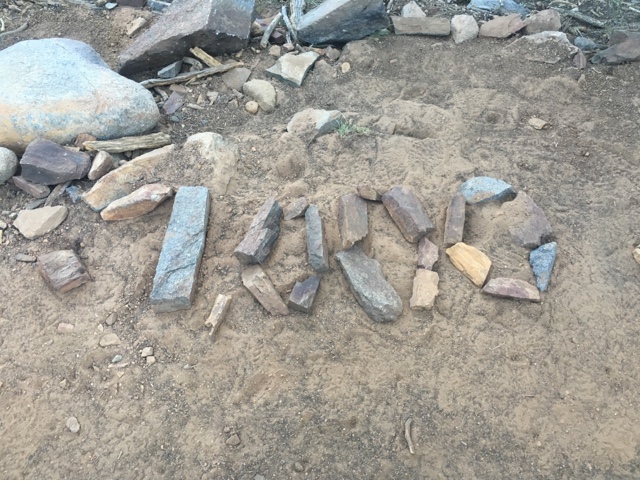 Woo Hoo
At this point on the Appalachian Trail I was pretty much at the halfway point, just outside of Harper's Ferry. I still have a long way to go before I hit the halfway point of the Pacific Crest Trail. The good news is my knee feels almost one hundred percent and I'm crushing the miles. Even with a bazillion mosquitos I was in a great mood. Whoever maintains this particular section of trail is doing a great job. I felt Ike I was walking on a velvet carpet for awhile this morning. 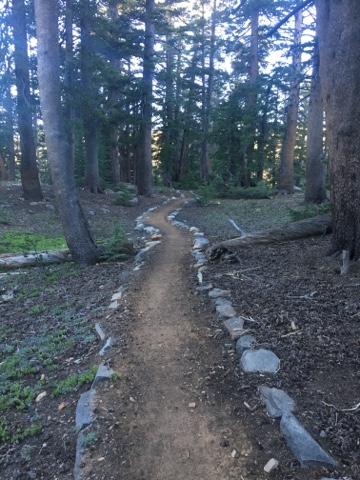 Silky smooth trail
I only had eighteen miles to hike today before reaching Northern Kennedy Meadows Resort. This is a notable location because I can finally get rid of my 2.5 pound bear vault/brick. I also get to hike Sonora Pass which is described in Yogi's book as "Epic".
The morning started off pretty normal. I didn't see what all of the fuss was about. The scenery was pretty, but nothing I would describe as epic. 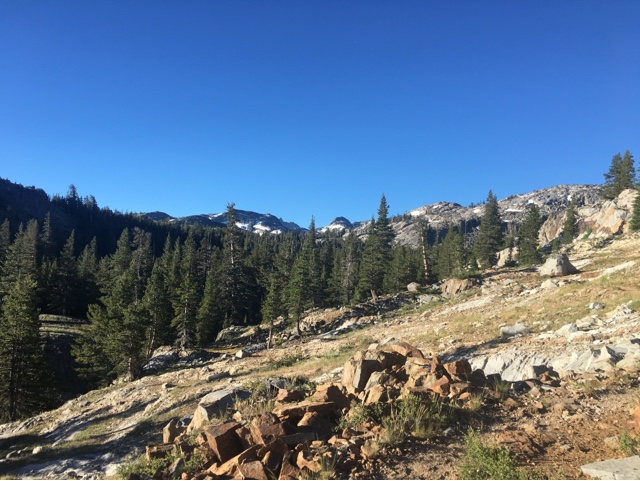 Meh, nice, but not super
Everything changed when I started hiking up the first pass. The views became more like Kings Canyon and my contentment level soared. 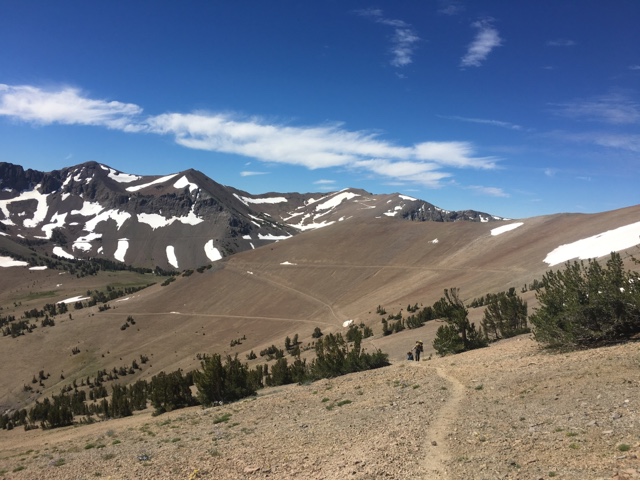 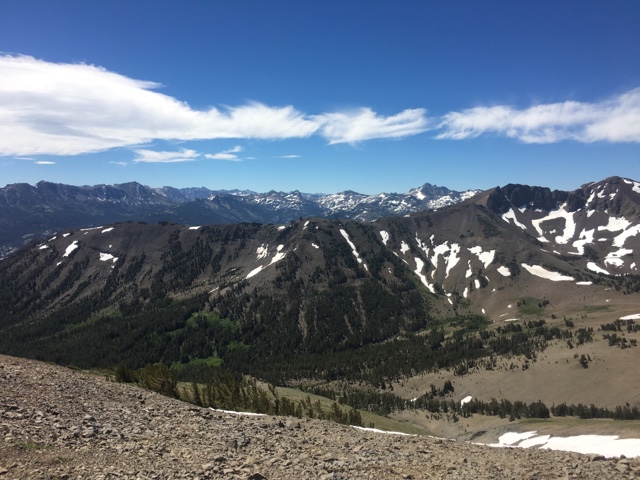 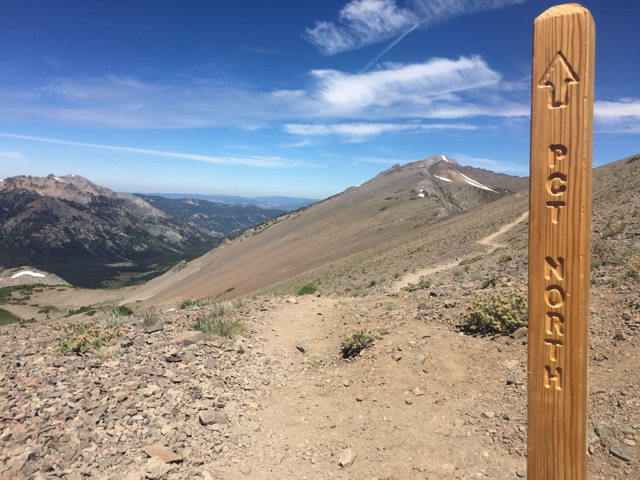 One of my favorite pictures I ever taken
These views went on for an amazing nine miles. I walked this ridgeline just stunned. I took almost a hundred pictures. The hike itself was kind of difficult and windy, but absolutely worthwhile. If you are ever close to Sonora Pass you have to hike this. 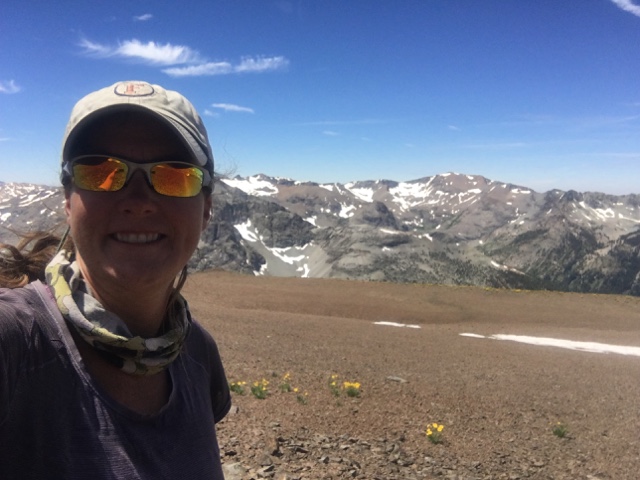 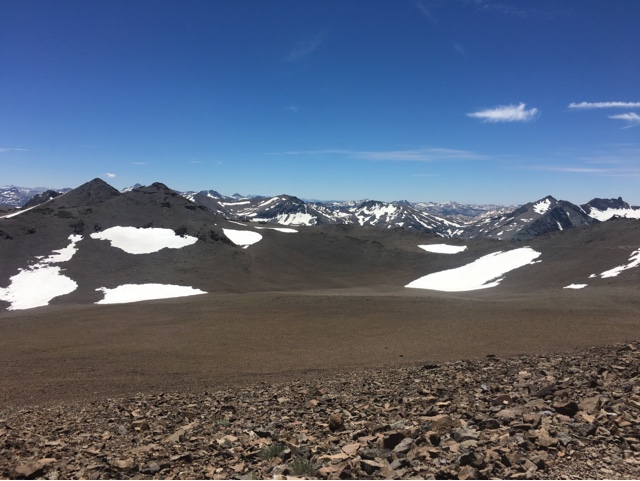 It was like being on top of Mount Whitney, but having a closer view of things 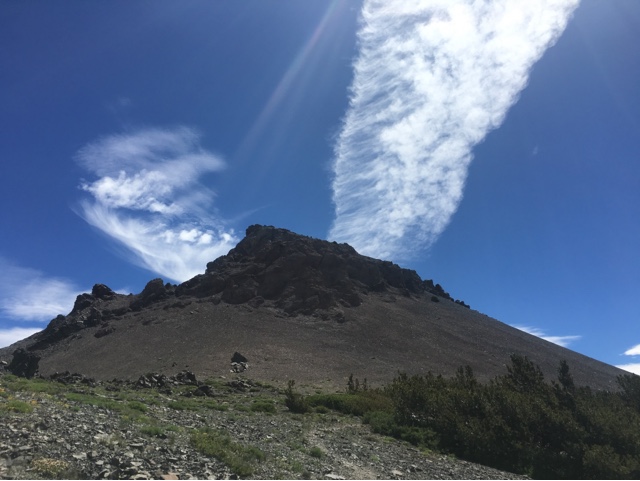 Even the clouds had character
You could see the effects of volcanic eruptions from millions of years ago. 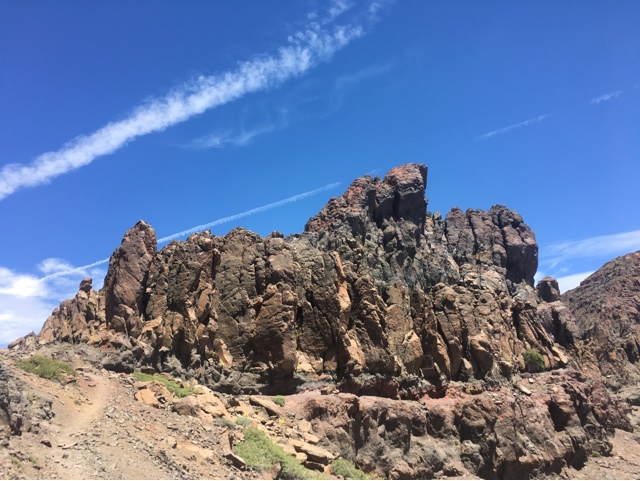 Volcanic rock
When I get to South Lake Tahoe I'll try to upload a slideshow of all of my pictures. Eventually I made it over the pass and  down to the trailhead. I hiked past a few people doing research and managed to yogi a ride from them. For those of you who don't know what yogi means, it is to ask for something without actually asking them. I struck up a conversation about thruhiking the pct and I asked them how far they were hiking. I had already guessed that they were only going to the parking lot. I waited for them to ask me where I was going and then I told them I needed to go to N. Kennedy Meadows(9 miles down the mountain). They said they were going that way and would love to give me a ride. Therefore I got a ride without technically asking them for one. Yogi-ing is one of my favorite things about the trail! 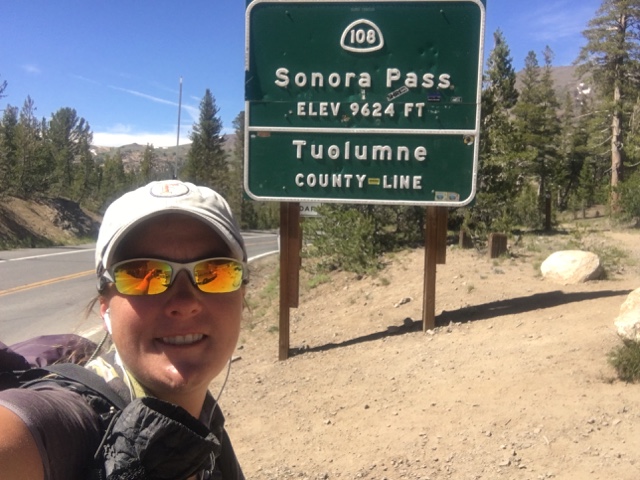 Sonora Pass
N. Kennedy Meadows was a million times better than S. Kennedy Meadows. The staff was friendly, the restaurant was clean, and the prices were fair. I was able to resupply, do laundry, and get dinner all without spending a ton of money. What a GREAT day!
"Each day is born with a sunrise
and ends in a sunset, the same way we
open our eyes to see the light,
and close them to hear the dark.
You have no control over
how your story begins or ends.
But by now, you should know that
all things have an ending.
Every spark returns to darkness.
Every sound returns to silence.
And every flower returns to sleep
with the earth.
The journey of the sun
and moon is predictable.
But yours,
is your ultimate art."
-Suzy Kassem
Posted by Yoda at 1:58 PM