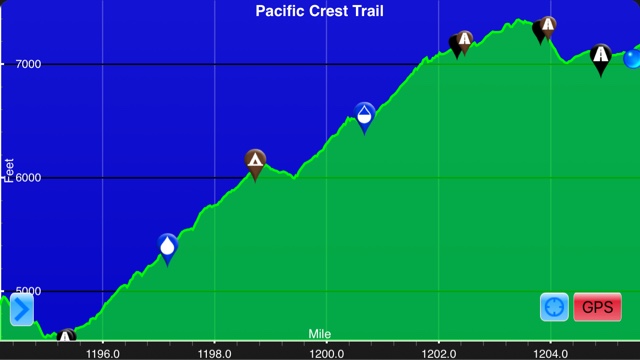 Total up/down: +3307/-780 feet
I think it is time for me to accept that I will never get out of town as early as I would like. Something always comes up to delay me. The sooner I come to terms with this the better. I had a few delays this morning. Wolf couldn't do our laundry last night so it had to wait until this morning. Secondly, the country store was out of wet wipes, which I desperately needed, so I had to hitch to a gas station five miles down the road. The hitch there took almost forty-five minutes, but the hitch back happened within five minutes. The third delay was I had to go to the post office, which didn't open until ten. I still had a lot of food left over from the last section and I'm moving faster than I had planned on, so my resupply box had too much food. I decided to send some ahead instead of giving it away. The last delay was the country store grill had opened for the day and I couldn't say no to another hamburger(plus the laundry wasn't done). Just as I was getting ready to leave, Homegrown and Sprinkles, got to town. I chatted with them for awhile before leaving.
Luckily, I got a quick hitch back to the trailhead from a nice older guy from Fayetteville, Arkansas. He spends his summers in Sierra City. I told him all about my Arkansas family. It was nice to have good hitching experience after the S. Lake Tahoe incident. By the time I started hiking it was 1:30, the hottest part of the day. It was 100 degrees in the shade at the country store and that was at eleven o'clock. All three of my hitches warned me about the difficult climb I had out of town. The elevation profile didn't look too bad, 2,700' over 7.7 miles. Sounds easy to me. What I hadn't taken into account was how exposed the trail was. I felt as if I was in an oven. The other difficult part was how overgrown the trail was. It was like walking through barbwire in some places. Oh, and don't forget about the danger of rattlesnakes(which couldn't be seen through the brush). I was not a happy hiker through these sections. I jumped at every rustle of leaves. 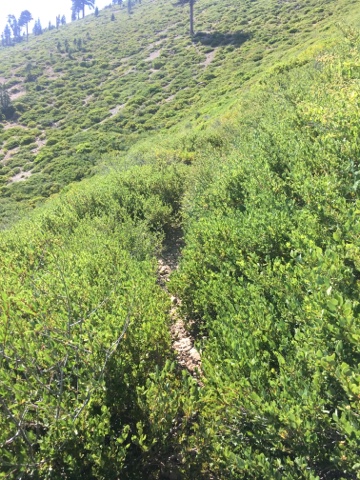 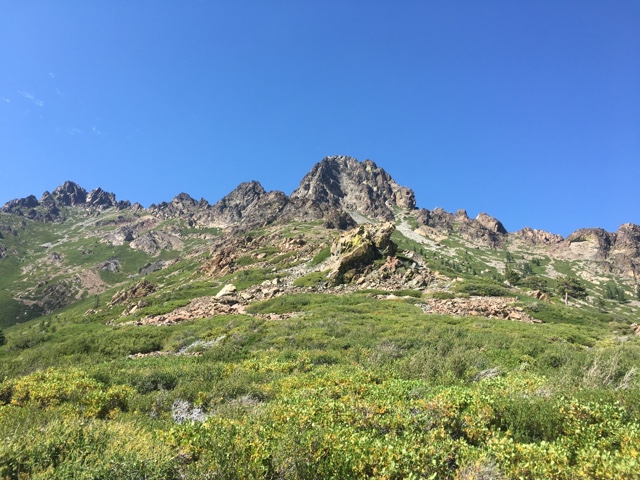 Sierra Butte
Although it was a hot, stabby, snakey, kind of hike, it was also beautiful. There were very good water sources as well or it would have been torture. I was delighted to hit the twelve hundred mile marker. Alas, nobody was around to take my picture so I had to get creative. 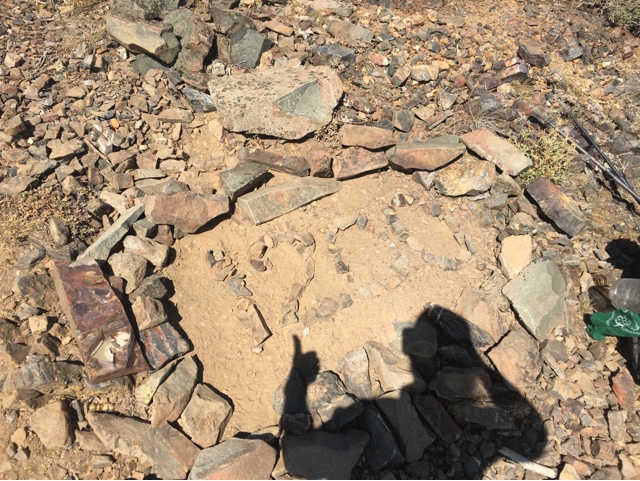 Shadow games
It had taken me almost three hours to hike five miles. Moving fast I was not. Once I made it to the top I was able to walk through a shaded forest. The miles came much faster then. It is probably too soon to know for sure, but so far I like my new shoes. I didn't get any blisters or hot spots, but I guess I'll know for sure in the next few days. I had wanted to make it fifteen miles today, but I settled for ten. I had to carry an extra 6.6 pounds of water with me to camp since there was no water for the next eight miles. 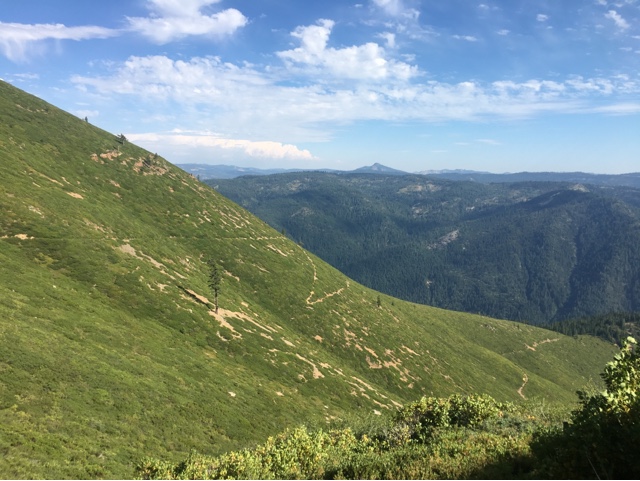 Exposed hike up. See the switchback
I found an awesome place to camp. I was going to hike for another hour, but I couldn't walk past this gem. This is definitely in my top five camp spots of this hike. I had a view of the south side of Sierra Butte and the surrounding mountain range. The colors at dusk were awe-inspiring.

Sierra Butte to the far right 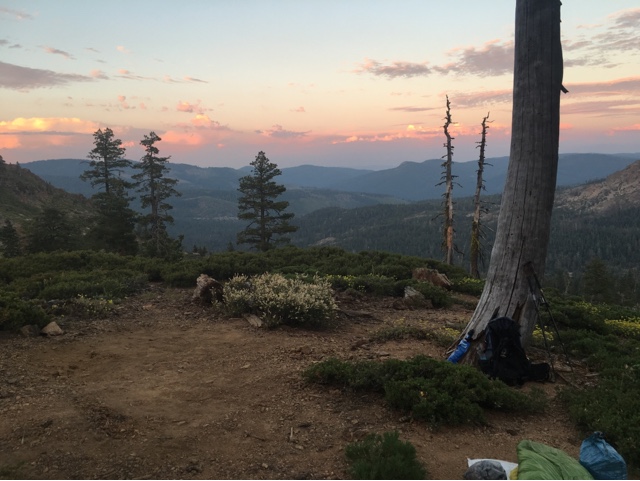 Risky choice to cowboy camp, but it turned out well 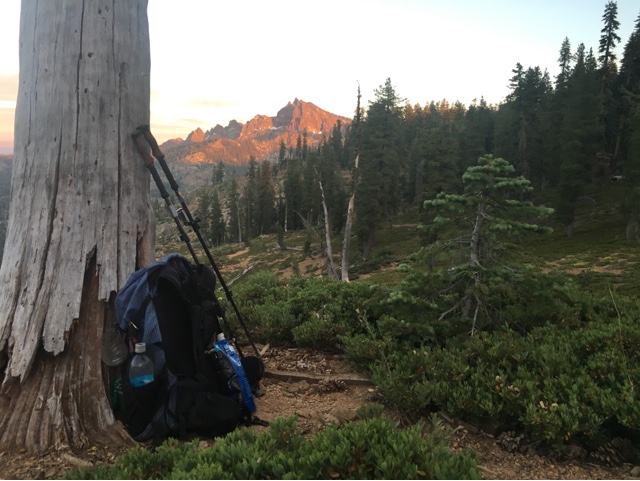 My trusty pack and poles(ULA Circuit and Carbon Cork Black Diamonds...I love my gear)
I cooked dinner and ate just as the alpine glow was disappearing. As I'm writing this the mosquitos are swarming my face, but I couldn't careless. I should have a wide open view of the stars tonight.
"Root out the violence in your life, and learn to live compassionately and mindfully. Seek peace. When you have peace within, real peace with others is possible."
- Thich Nhat Hanh
Posted by Yoda at 7:40 AM