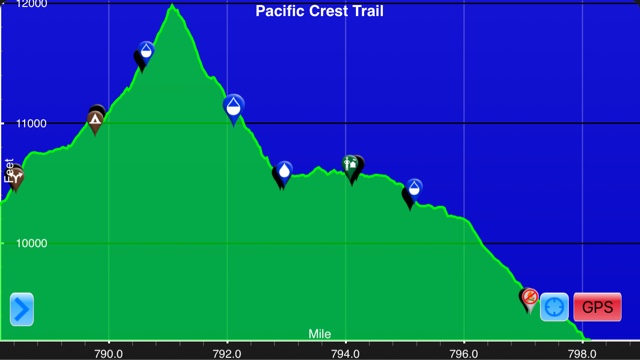 We must be crazy! Nobody does two passes in the same day. Due to the unplanned zero yesterday we were forced into doing two passes today. We had to go back over Kearsarge Pass to get back onto the PCT. From there it was only two miles to get to Glen Pass. Kearsarge wasn't as bad as I thought it was going to be. I got a great nights sleep last night. I don't think I woke up a single time during the night. We talked about getting up a five and being on the trail by six, but we slept in until after five thirty. I took full advantage of the picnic table in our camp spot. I made oatmeal and coffee and took my time packing up. We also had trash cans and a privy at our disposal. 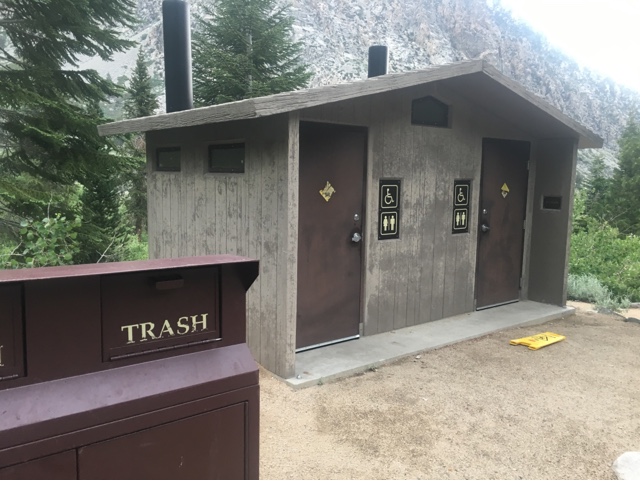 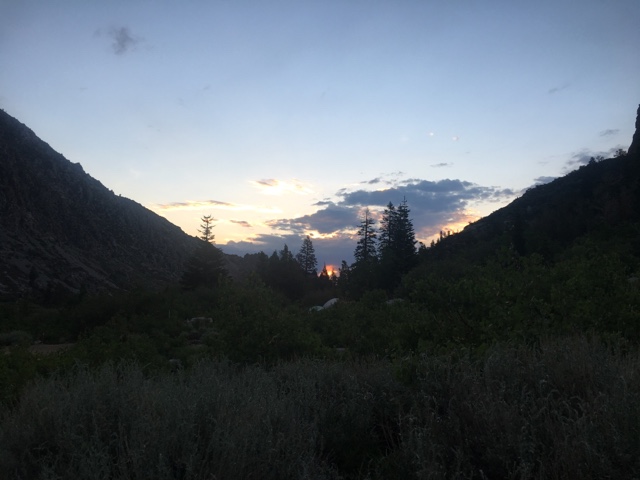 Sunrise
I'm not a big fan of having to do the same miles twice, but as I said earlier Kearsarge wasn't as bad as I thought it was going to be. It was a five mile hike up to the pass and I did it in less than two hours. 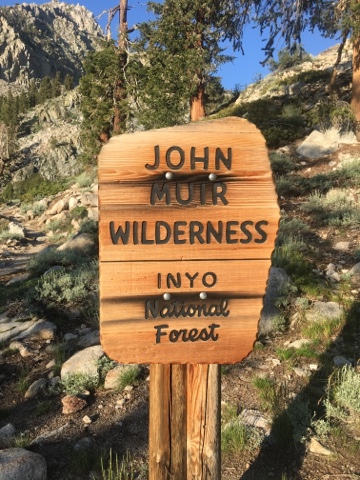 Start of the Kearsarge Pass trail 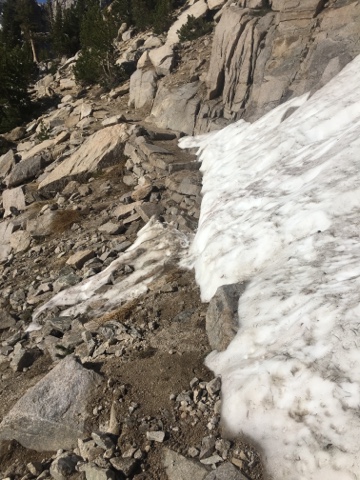 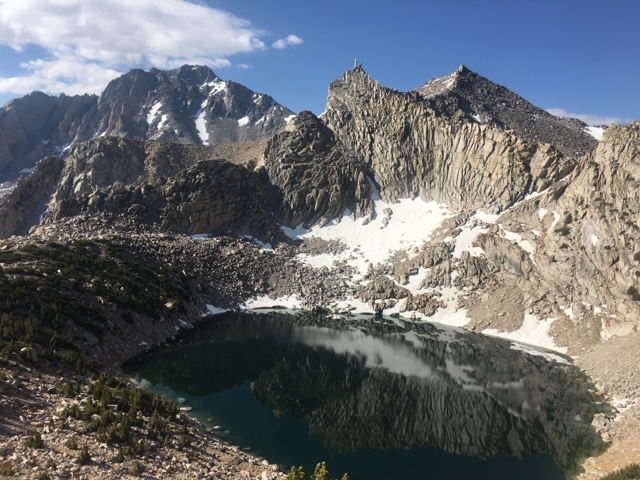 View from Kearsarge Pass
The hike down from Kearsarge went by quickly. We were back on the PCT in under four hours. I only had two miles to hike to make it to the top of Glen Pass, but my legs were pretty worn out after climbing Kearsarge. Glen Pass (was named in 1905 for Glen H. Crow a forest ranger) had a few snow fields to traverse on the way up. They were both small and nothing dangerous. 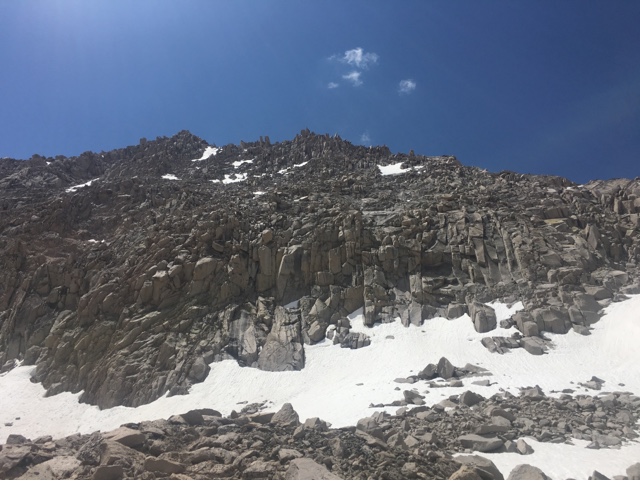 Snow fields
I made short work of Glen Pass. I was planning on eating lunch at the summit, but storm clouds began to roll in. I settled for a Builders bar and began my way down as it began to sprinkle. 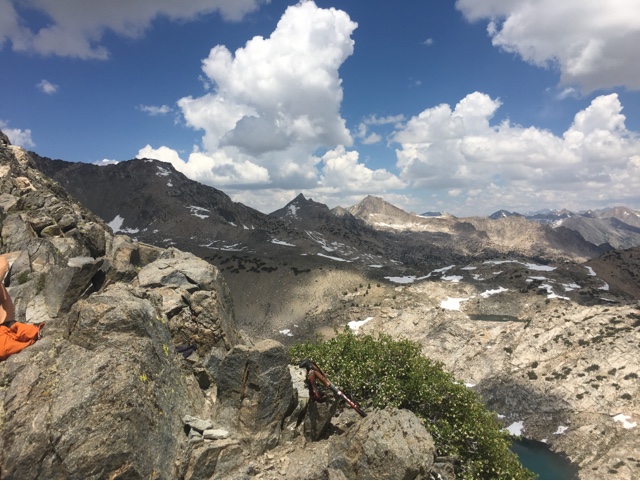 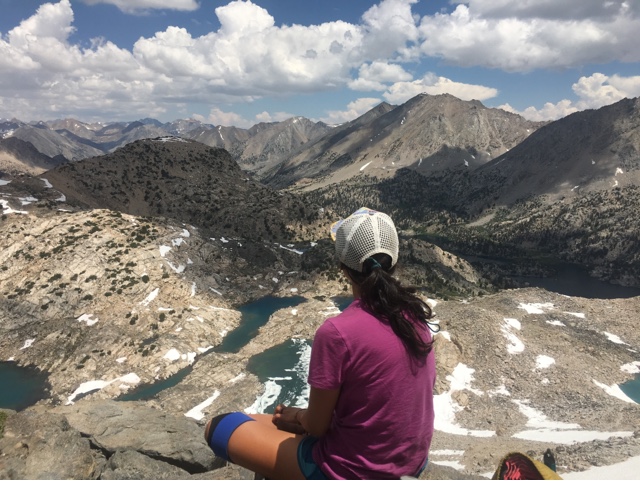 Sprinkles enjoying the view as it began to sprinkle
I wanted to get to lower elevation as soon as possible, but the terrain and snow did not cooperate. I had to go across a few sketchy snow fields where the trail completely disappeared. I crossed one snow field that was more like a trench and rock scrambled to avoid the rest. 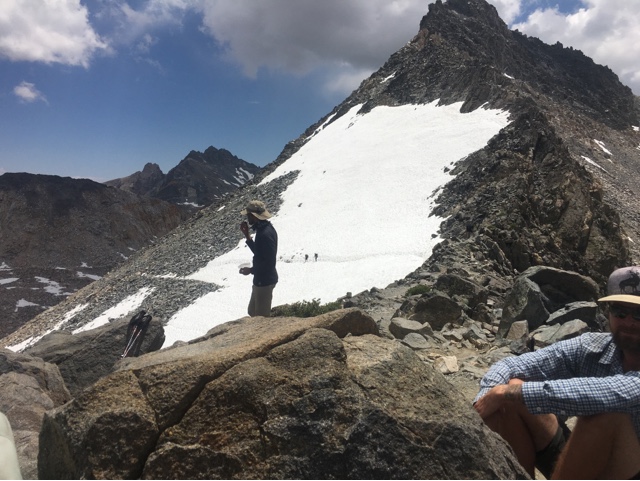 Snow trench in the distance 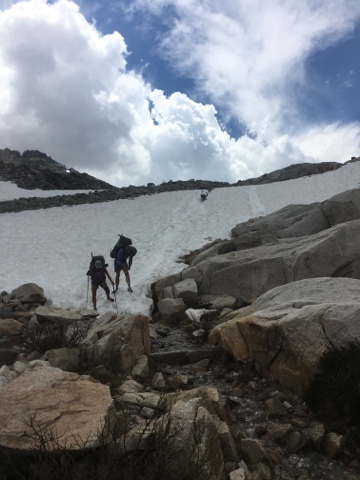 Short glissade
For the rest of the afternoon the name of the game was out run the weather. Every direction I looked the sky looked angry. The climb down from Glen Pass was over nine miles and the elevation loss was 3,500 feet. Every time I thought about stopping for lunch the sky would rumble and remind me that I had to keep moving. I was shocked to make it into camp dry. On the AT if it looked like rain is was guaranteed that you were going to get wet.

Dark clouds looking back to the pass 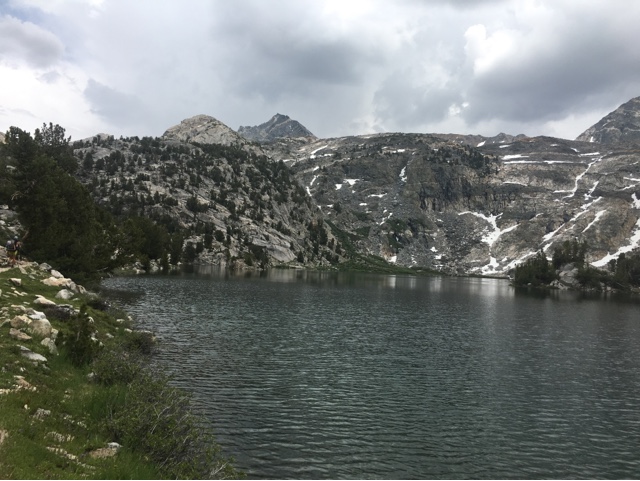 Rae Lakes
The section of trail we are currently hiking coincides with the John Muir Trail. We have been seeing a lot of JMT hikers lately. About five miles from camp they kept telling us that there was a momma bear with two cubs around where we wanted to camp. This info made the rest of the group nervous. Outro and I were excited. We have both seen our fair share of bears on the Appalachian Trail. About two miles from camp I finally caught a glimpse of them in a small meadow. I got a great video on my GoPro that I'll try to upload next time I'm in town. They were completely unimpressed by me. I was able to watch them forage for at least a minute before the momma bear got spooked and they ran away. 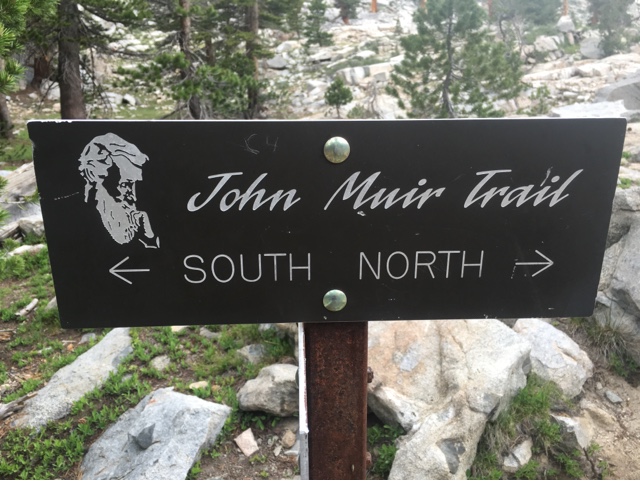 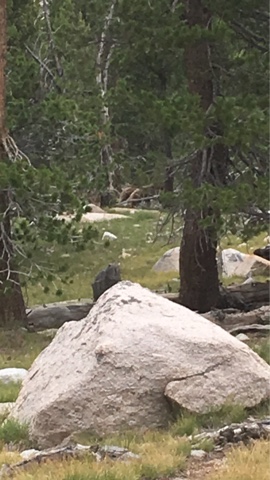 Hard to see, but I promise there are two cubs in the middle of this picture
By the time I made it into camp I was completely spent. The last mile seemed to take forever. We are camped next to a river and there is a bear box at the edge of camp. Everyone is being extra careful with food storage tonight because the bears seem to frequent this area. Since we are camped below 10,000 feet camp fires are allowed. Second Dinner loves to build fires and he made one for us tonight. We all gathered around and ate dinner together. A few JMT hikers told us what to expect from the next few passes and we gave them info on Forester, Whitney, and Glen Pass. It was a really long, but rewarding day.
"Earth has no sorrow that earth can not heal."
-John Muir
Posted by Yoda at 7:38 PM